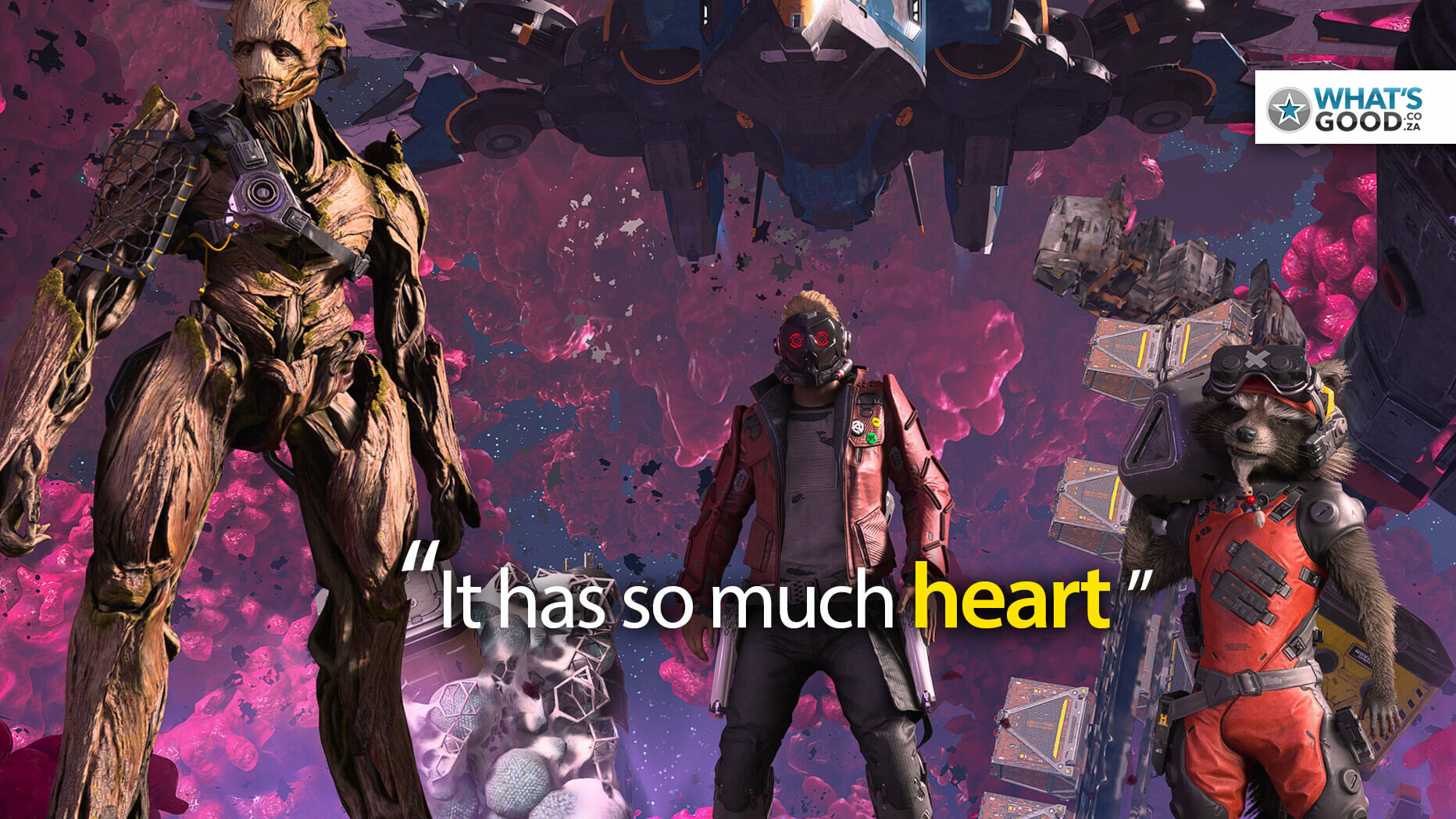 Marvel’s Guardians of the Galaxy is a hell of a ride. Get onboard!

Marvel’s Guardians of the Galaxy – Review

Marvel’s Guardians of the Galaxy is easily one of my favourite games of the year so far, and definitely one of the biggest surprises.

Part-Uncharted, part Mass-Effect and with even a little bit of Firefly (the TV show) sprinkled in, the true reason that this game stole my heart isn’t just combination of great video game things all rolled into one package, but because it has so much heart.

Once upon a time in a galaxy not so far away…

Marvel’s Guardians of the Galaxy delivers a fun story of untrusting misfits slowly turning into family as they try to save the day, all made possible with incredible writing that delivers some of the best in-game banter littered over the entire game. Maybe the most shocking realisation is that unlike the very so-so Avengers game, I love the characters from the MCU movies, but I now prefer this bunch (Rocket is actually nearly identical to the movie character – even in voice).

It’s a real showpiece too, with quality and performance modes offering drop dead gorgeous visuals at 30fps or a bit of a muddier looking 60fps if you prefer. While you control Peter Quill aka Star-Lord, you often call on your team and their abilities to help traverse maps. find collectibles and more notably, beat the baddies. While the combat is often limited to “arenas” of sorts, you can tell team mates to use their abilities on targets, and combining them can lead to some great results.

Verdict – Marvel’s Guardians of the Galaxy shouldn’t be missed!

I loved every minute of Marvel’s Guardians of the Galaxy, the amazing exchanges between characters made me laugh so many times, and even thought I also spent a lot of time ogling the gorgeous environments and having fun with the gameplay, nothing tops the immaculately handled growth of the characters into a group that I so badly want to hang out with again in future.

Did I mention the soundtrack? There’s nothing quite like tackling the galaxy’s biggest bad guys while George Michael belts out “Wake me up, before you go-go!” on your walkman.

Guardians of the Galaxy Movie Review