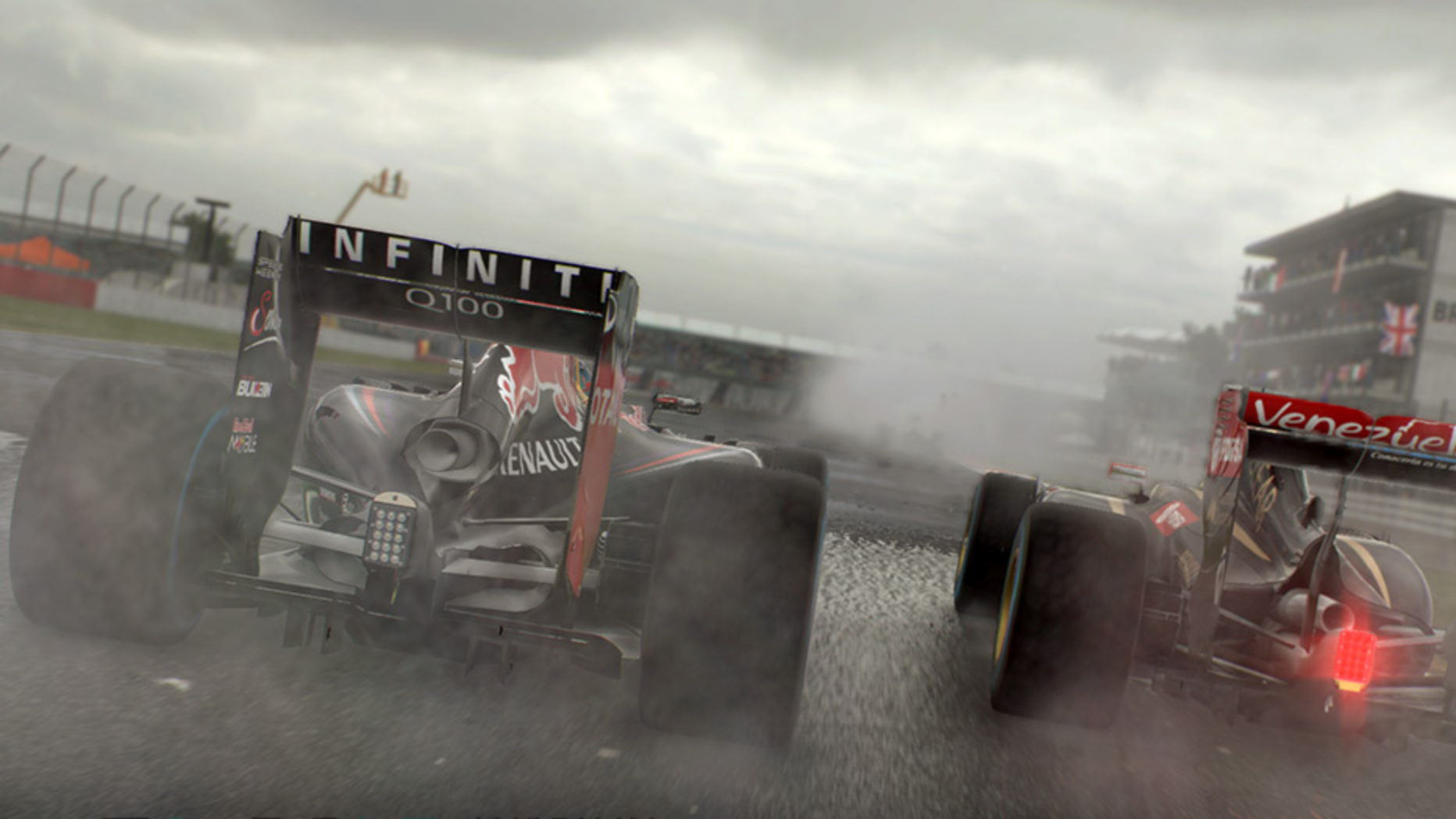 It plays well, but has more bugs in the game than on the windscreen

What is it? The first game of the Codemasters official F1 franchise to hit this new generation of consoles.

The Codemasters F1 franchise was really starting to suffer from annual fatigue in the last generation, with each game only brining minor differences to the last, even with the big change over to hybrid turbo F1 cars. F1 2015 offers up better visuals and smoother frame rates, but is that really all? As a matter of fact, it’s sad to report that this new title seems to have less content than before. Besides being able to switch between the 2014 and 2015 seasons, the game is limited to two championship modes (normal and a hardcore version with no assists, full race length etc). Gone are the great career modes that had you playing out scenarios or doing driver tests, leaving you with nothing but practice > qualify > race over and over again as the standard fare of time trials, quick races and a multiplayer mode that is terribly hurt by bugs, but more on that later.

“…its current state should have the developers pretty embarrassed”

Actual gameplay feels really slick for the most part, but possibly as a result of the new hybrid cars, even veteran racing gamers such as myself found the cars just too much of a chore to wrestle without traction control on when using a controller, rather opting to up AI difficulty and keep the traction control on. The new visuals are a big step up from before though and look great, with the new console 60 frames per second feature being the biggest and really giving a very smooth feeling to the gameplay. The Xbox One version we tested does however look like its constantly slightly blurred out of focus, which we can only assume comes as a result of the sub-1080p resolution it runs (PS4 is set at 1080p).

There’s a major flaw in F1 2015 though… and that is that it’s incredibly buggy in its current state. We experienced everything from repeating on-screen text, assists being stuck on when they shouldn’t, flashbacks respawning us in the wrong places and more. Maybe it will be patched, maybe it won’t but we have to take it for what it is at the moment, and its current state should have the developers pretty embarrassed.

There’s a lot of potential for a great game here, but it seems we may have to wait for F1 2016 to experience it.