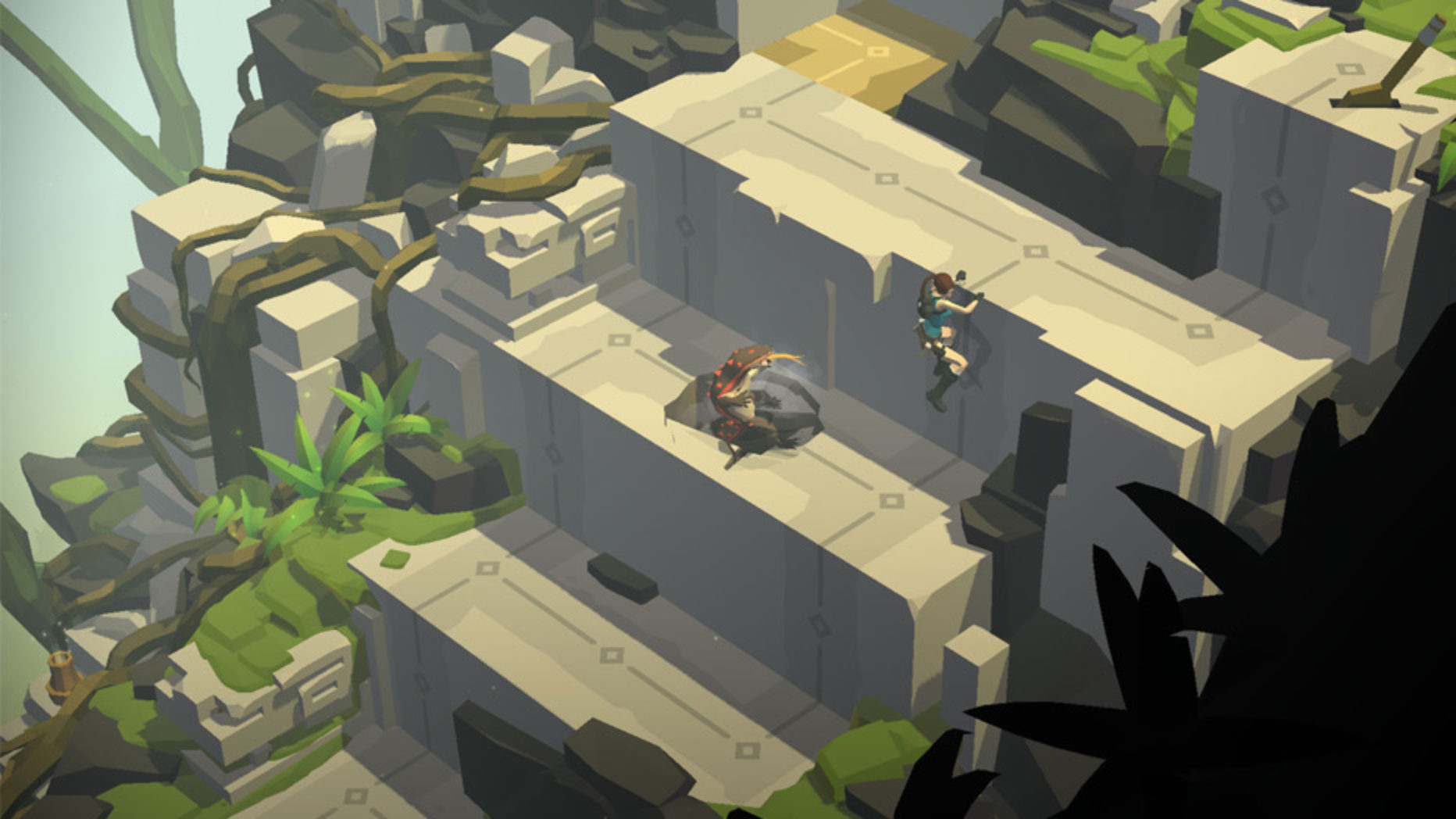 Lara hits your mobile in a way you’ve never seen before, and we love it

Summary 4.3 Great
Gameplay 0
Quality 0
Experience 0
Value 0
Summary rating from user's marks. You can set own marks for this article - just click on stars above and press "Accept".
Accept
Summary 0.0 Avoid

What is it? Following the success of Hitman GO, another Square Enix franchise comes to mobile devices as a stylish, turn-based puzzle game. This time players join daredevil archaeologist Lara Croft as she uncovers the secrets of the terrifying Queen of Venom.

Ask a Tomb Raider fan to identify the essence of the adventure series and the answer you’ll likely receive is:

Players progress through 75 puzzle-strewn stages, spread across 5 chapters. Most of the challenges are variations of the classic Tower of Hanoi headscratcher – Lara must avoid obstacles and reposition environmental elements to reach the stage exit. This said, the gameplay never grows repetitive. Just as boredom threatens, a new component is introduced to shake things up.

Lara Croft GO comes across as exceptionally well thought out and polished. Despite no talking or instructions, there’s never any confusion about what to do. Everything about the game is elegant simplicity, from its striking, stylised graphics to the flawless play experience on iPad. GO titles are about distilling game series down to their essence, and celebrating them – so there is loads of love for classic Tomb Raider in Lara Croft GO. Sound effects, unlockable costumes, menu design and even certain animations trigger nostalgic warm fuzzies.

The game’s only downside is its length. Obviously, finishing time will depend on your puzzle-solving speed, but it’s possible to complete Lara Croft GO in a single 3-4 hour sitting. For a paid game, that stings somewhat. Plus, it’s so enjoyable you crave more. Here’s hoping for add-on stages or a sequel very soon.