F1 2021’s new “Braking Point” story mode has definitely leaned on the popularity of Netflix’s very successful Drive to Survive series, which shows a lot of the drama and challenges that take place behind the scenes of Formula 1.

Braking Point is a separate and self-contained mode from the traditional F1 season modes seen in F1 2020 and earlier, and also comes with a difficulty setting option that ranges from super easy to pretty tough. It puts you in the shoes and gloves of Aiden Jackson, a young talent in Formula 2 who is just making his breakthrough into F1. After finishing a final F2 race scenario and selecting from one of the back-marker teams, I was launched into the tumultuous world of F1 and the drama that accompanies it.

Things get off to a rough start, with some race drama happening that puts you and your veteran team mate at odds with each other. Things go south quick, and it affects both you and the team. I’m happy to say that the campaign has some fun little unexpected twists, and spans two seasons that can be completed over a few gaming sessions (or a whole bunch more if you have limited time like I do right now). 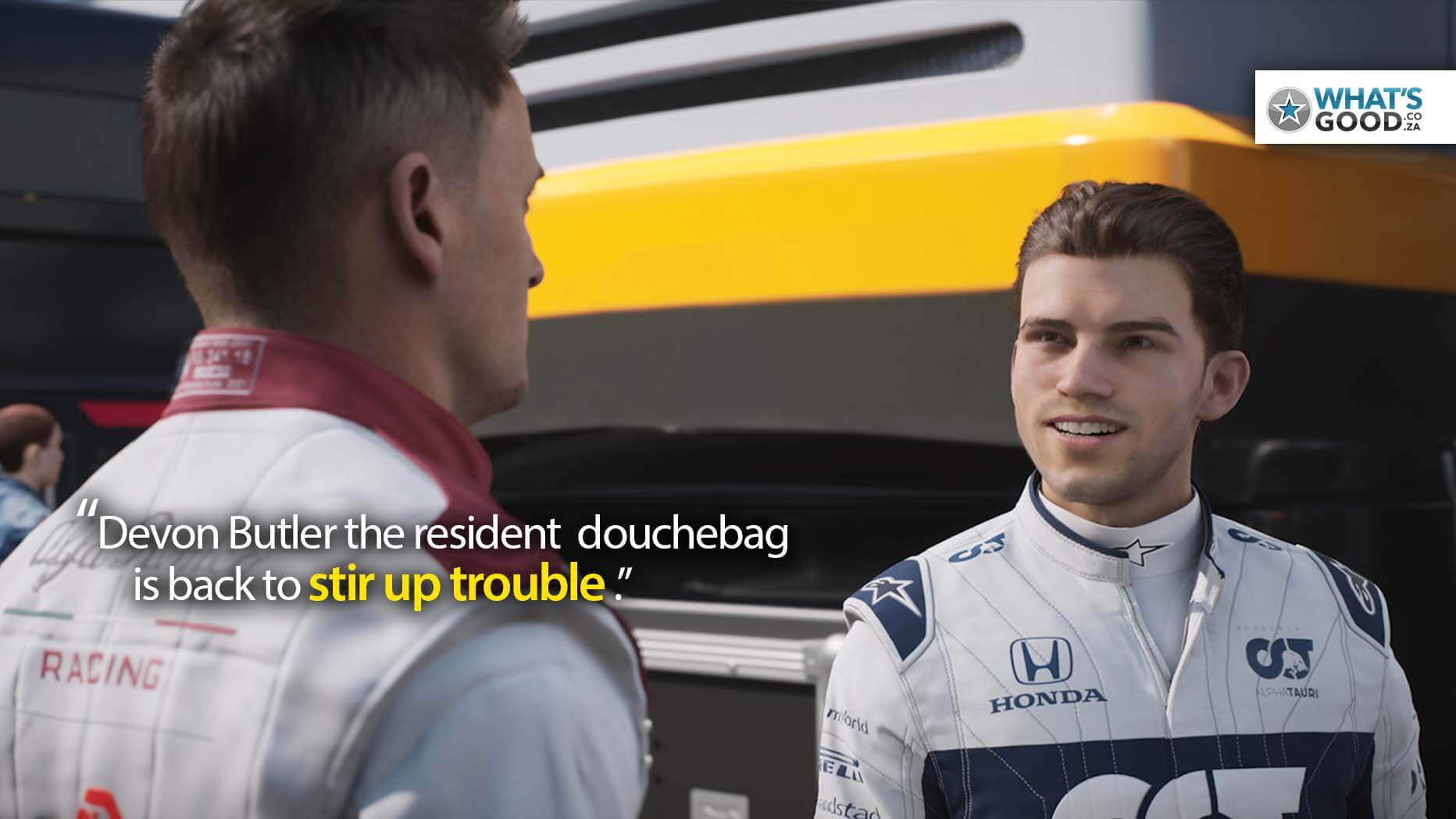 Something I really love about Braking Point is that you mostly jump from scenario to scenario in different races rather than race a full season, and you’re usually given objectives, like getting into 8th, or catching up to a certain driver (a few races are full though, which is also refreshing within the mode). Something else I love is that you get treated to story cutscenes, so it always feels like you’re working towards a “reward” or sorts.

I Saw the Sainz

While I played Braking Point with both a controller and a wheel setup, I definitely on controller at least that there was a guiding hand assisting my car (even on the middle difficulty setting), that helped keep things going so that the race could play out a little closer to how they planned. The race scenarios do have a great video-gamey feel to them in this way though, as failing to hit your objective on time results in a “game over” screen of sorts, and you have to retry – rather than just having a poor result at the end of a race.

I feel that in future we could see bigger, more in-depth stories come out of the F1 games, with more options, branching paths and different endings.

While this was a decent first outing, and by the end of the campaign I enjoyed the compressed journey that Codemasters had taken me on. The truth of the matter is that there is still A LOT of room for improvement, but I see this as a good thing! I can’t wait to see what they come up with next.