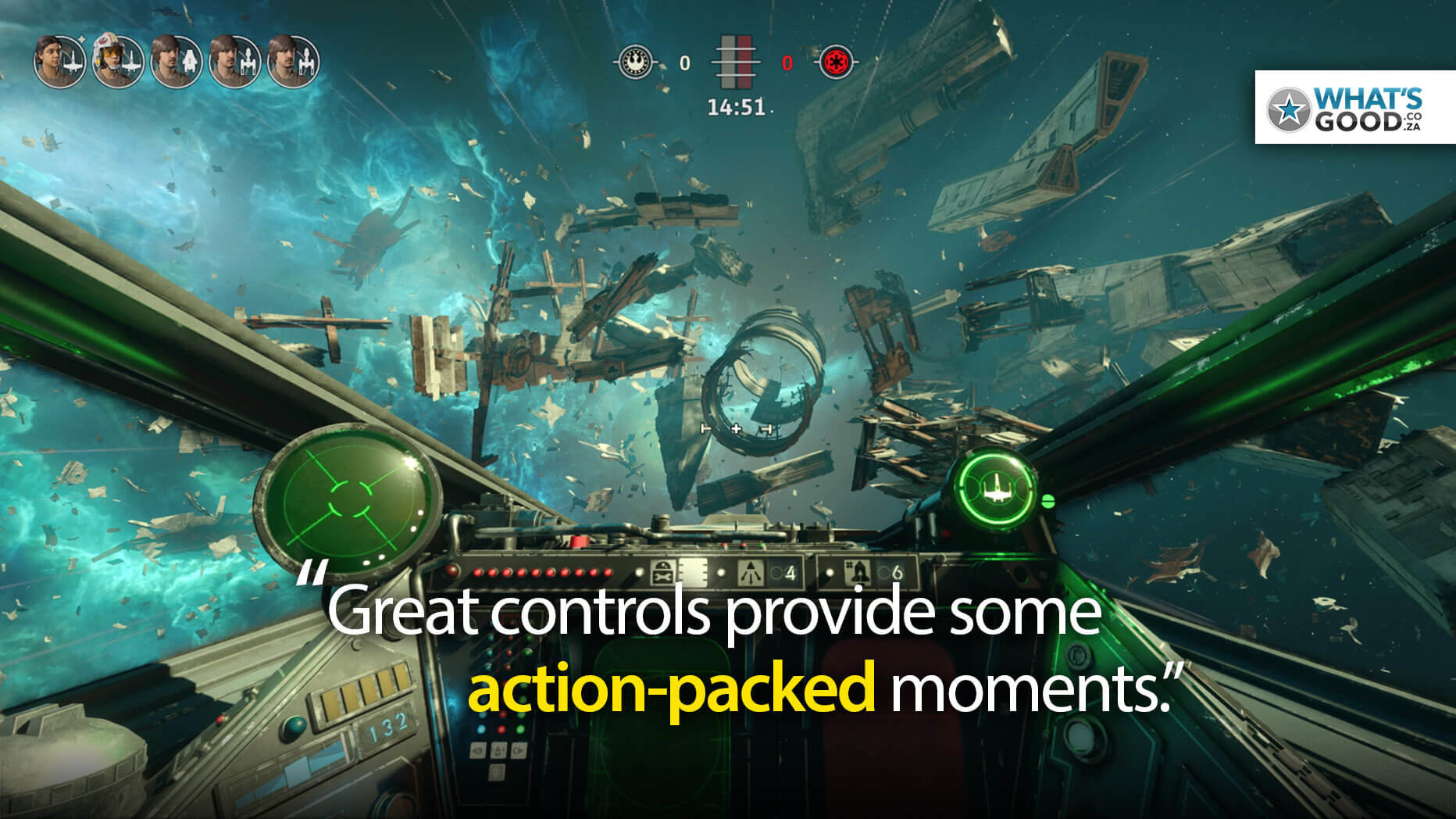 Star Wars: Squadrons is an action-packed flight sim set in Star Wars, and provides some memorable moments despite being low on content

Star Wars: Squadrons is an action-packed, cockpit-only, space flight title that finds a balance between casual and complicated. Set shortly after the events of The Return of the Jedi, the campaign has you playing both the New Republic and the Empire as both sides scramble to shift momentum after the destruction of the Death Star and the death of the Emperor.

Verdict: While the campaign and great controls provide some action-packed moments, the multiplayer is meant to keep you coming back. With no expansions or new modes planned, we’re not sure how long it will hold your attention despite the great gameplay and lower price tag.

As a huge fan of the Star Wars “TIE Fighter” games and Star Wars in general, I find myself conflicted. On one hand, Star Wars: Squadrons serves as a spiritual successor to the games of old and a bridge between them and the Starfighter Assault modes in Battlefront 2.

It’s a visually stunning game that runs at 60fps pretty much across the board, and while I didn’t get the chance to try it first hand, the VR mode is apparently one of the best out there. In true Star Wars style, it sounds great too, with some of the iconic sounds making a return. If you have surround sound then you’re in for a real treat, as the experience of flying around with lasers pew-pewing past and explosions going off around you really gets you feeling like you’re in a the films.

The gameplay in Star Wars: Squadrons is one of its best features, and delivers a high-octane, space flight experience that’ll have you threading your ship through tight gaps and blasting enemy fighters away in no time. Squadrons wants more of an immersive experience, so you are locked to a cockpit cam during gameplay, so no third-person modes are available.

One of the most satisfying aspects of the gameplay comes in the form of energy management. As a racing fan, it reminds of the extra challenge and joy one gets from using a car with a manual gearbox. You basically use your d-pad and a button hold to move energy between lasers, shields and engine; and shift shields from front to back in New Republic ships or dump all your power instantly into lasers or engines when in an Imperial ship.

The long and the short of it is that it doesn’t take that much getting used to, and it makes you feel like a real hot-shot pilot when you manage it well. 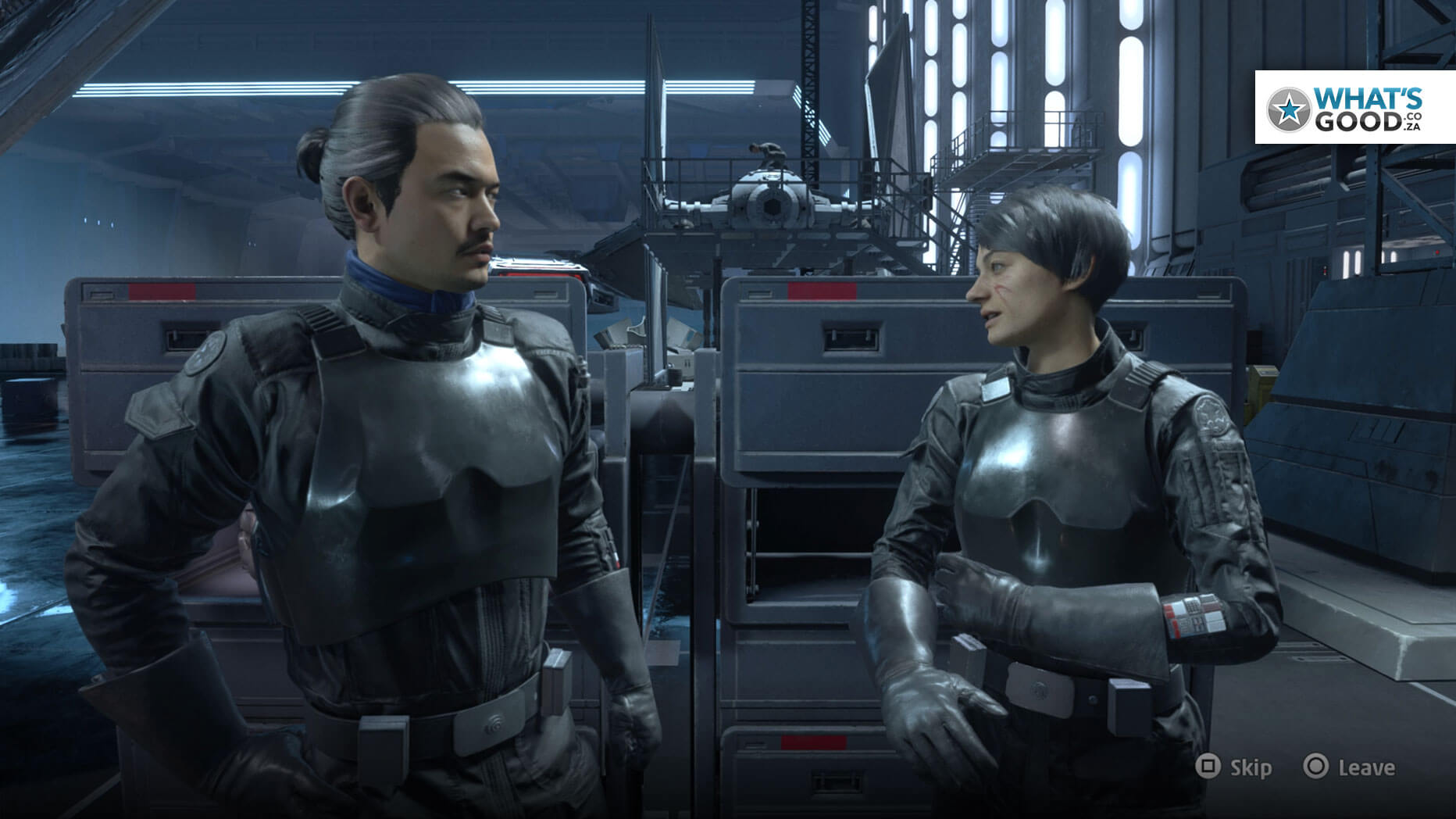 The campaign will only run you 6-8 hours or so, but its packed with a decent variety of missions and half-decent story. I did, however, find that the story got a little long in the tooth by the end, and I would have liked to see them take a few more risks with how it all ended.

Most of the story is delivered through dialogue, and though you chat to various members of your squad (on both sides), I found the chats to be awfully boring in most cases and really think they could have benefited from just a few dialogue options.

I’ve Got A Bad Feeling About This

The campaign is supposed to get you ready for multiplayer and also get you used to selecting loadouts and feeling them out; but the game does also come with some really good multiplayer training. Once you’ve gotten through it all, you can play with bots even more (even with real people) or get started on real games. I found that the time to get into games was a bit longer than I would have preferred, but once you are in the action comes thick and fast. There are some real hotshot pilots out in the wild as well, so be prepared to feel like a henchman pilot in someone else’s Star Wars movie for a while.

One of the downers of the multiplayer is that there are only two modes: Dogfight and Fleet Battle. One is a straight up… well, dogfight while the other is objective based and requires you to keep momentum on your side through kills and then attack larger ships to win the battle.

Multiplayer is great fun, but feels limited with only 6 maps and 2 modes. While the game feels ripe for expansion, it looks like current plans are to do absolutely nothing – and that’s a real shame. On the plus side, there are no microtransactions.