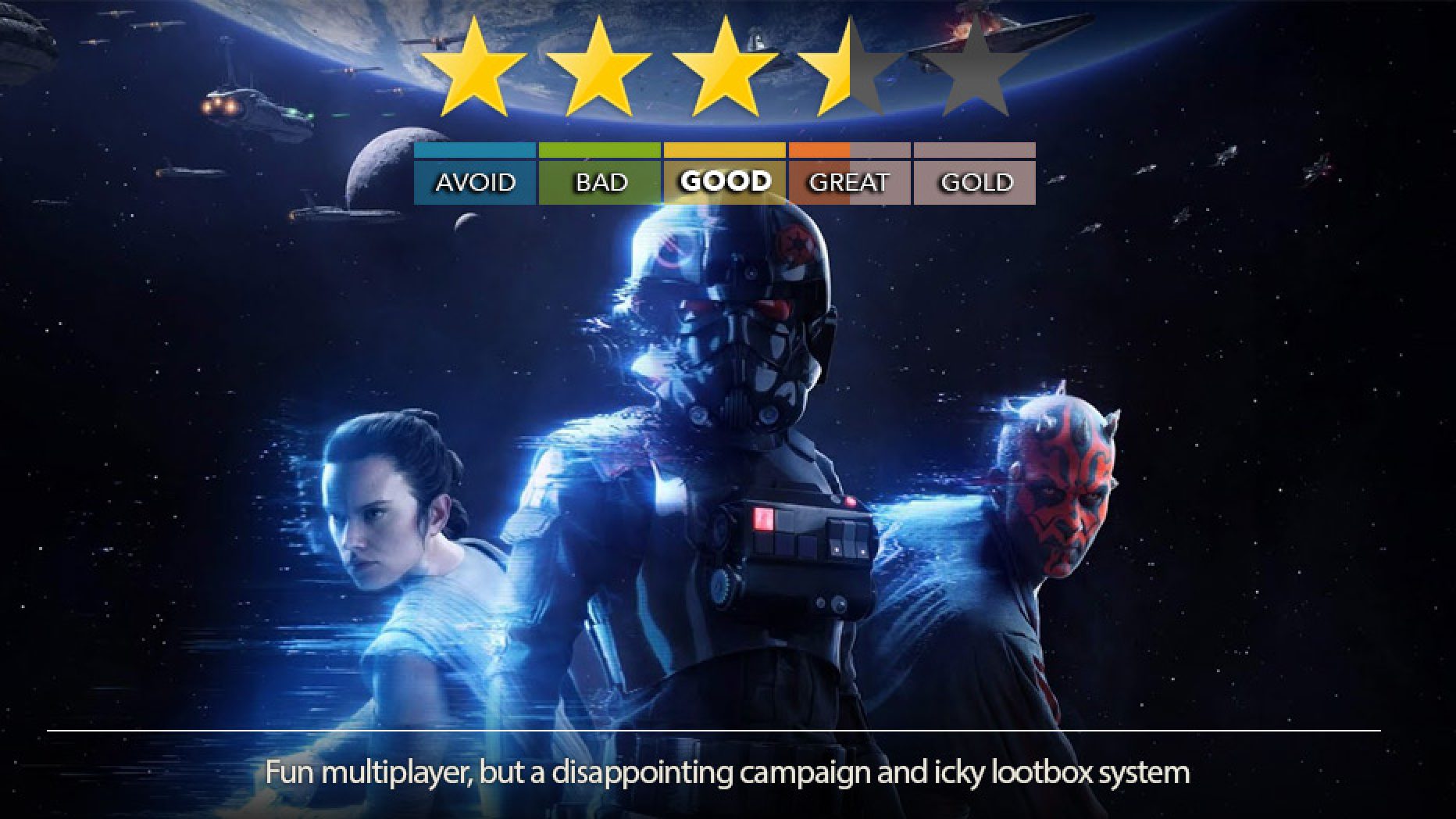 Fun multiplayer, but a disappointing campaign and icky lootbox system

Summary 3.5 Good
Gameplay 5
Quality 5
Experience 4
Value 4
Summary rating from 1 user's marks. You can set own marks for this article - just click on stars above and press "Accept".
Accept
Summary 4.5 Great

What is it? The second current-generation take on a big-battle Star Wars multiplayer shooter by the guys who usually make Battlefield. You are able to play as a variety of classes, heroes and vehicles from across all the Star Wars films on many of the iconic planets and areas seen in the franchise. – Reviewed on PS4 and PS4 Pro

Verdict: Battlefront 2 campaign is dull but offers great multiplayer fun in a Star Wars setting, so it’s nothing but a real shame that many of the systems feel like they were designed by EA’s bean counters.

Star Wars Battlefront II arrives as the sequel that is meant to fix everything that was wrong with the first game by making the gameplay more engaging, including characters/maps from all the films and also including a much needed single-player story campaign. It’s pretty safe to say that the results are a little hit-and-miss, and if this seems like the right time to include an “I’ve got a bad feeling about this” reference into the review, then you’d be right.

I want to get something out of the way first, and that is that the relatively brief story mode is a big disappointment. The unique selling-point of being on the side of the Empire flops back to expected territory pretty quick and sections that have you play known heroes often feel like one of those really bad, rushed licensed games that would release alongside a movie release. Maybe worse than that is that while people have been dying for a new Dark Forces or Jedi Knight game for years, this mostly feels… uninspired.

The multiplayer is where the real fun is at, and in many ways you will find everything you are looking for here, especially thanks to Galactic Assault that has you completing multiple objective-types on amazing recreations of all the famous places from the films (shout-out to the super fun space battles in Starfighter Assault mode). The game is however really weighed down by a (now very controversial) loot-box / mod-cards system for load-outs and unlocks that feels really cumbersome and annoying to deal with over more traditional unlock systems that are far more fun. It’s worth noting that I have personally had a bunch of issues with the game in terms of constantly finding empty lobbies and also had a few party/group issues when playing with friends.

They are trying to improve it over time, so I’d suggest waiting to pick it up at a sale price further down the line when all their adjustments have been made.