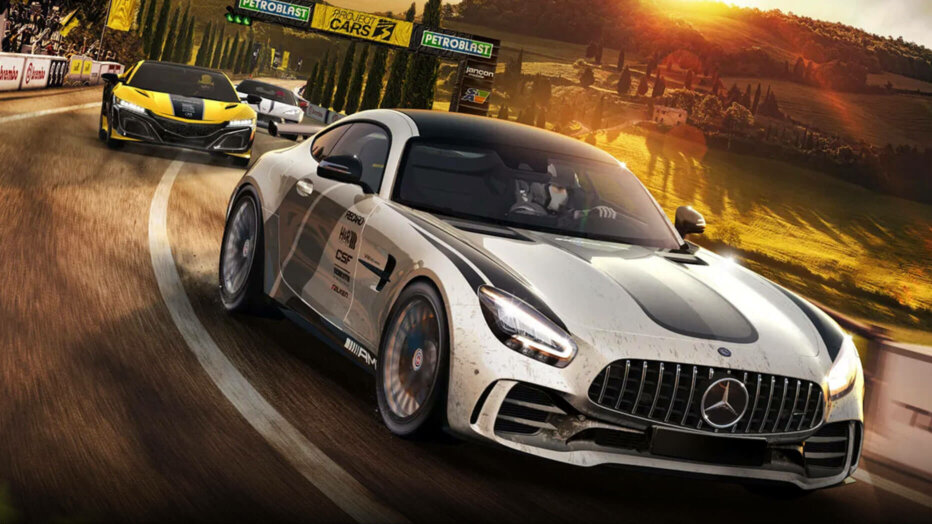 A racer from another mother

Project CARS 3 is a sequel only in name. Project CARS (Community Assisted Racing Simulator) was originally crowdfunded with all the intentions of being an all encompassing racing simulator. What this is, is an arcade racing game with the wrong name.

As a fan of the first 2 games I was, at first, very disappointed in the direction that the threequel took.

Verdict: The awkward family member that you suspect was switched at birth

Project CARS 3 is not a racing simulator. It shares very little with real simulators like RFactor 2 and Assetto Corsa Competizione. I found the experience a lot more like the GRID series or the arcade mode of Gran Turismo. This is not a bad thing! It is just not a game that deserves to be in the series.

I had a great time playing the game once I played it as a standalone game. The handling was loose, and drifting a formula 1 car felt good once the “realistic sim racer” in me accepted the aim of the game. I enjoyed the tracks, both fictional and real. They are splattered with detail, with many adding a festival vibe by adding ferris wheels and party music throughout.

The choice of cars did not disappoint either. From slow hatchbacks to the latest LMP1 class, and they all look fantastic! And when I found they were too slow, the game now features an upgrade model similar to Need For Speed. I could upgrade anything I want on most cars, but this then pushed the car into a better class.

The career feels like a bit of a grind though. Unlocking new cars, tracks and trophies are done by earning XP for things like drifts and overtakes. This was a long and slow process. And don’t get me started on the AI drivers! They had no racecraft and did not understand any racing etiquette. But I soon realised that when I drove like them, I drove much faster. And since the damage model is virtually non-existent it does not matter when I hit them as hard as they hit me.

With no pit stops, no tyre degradation, grindy XP levelling, arcade handling, and AI that had no respect, PC3 will not appeal to sim racers. However, gamers who like cars will certainly be able to find a home in their libraries for this game. I just wish they did not call this game Project CARS.