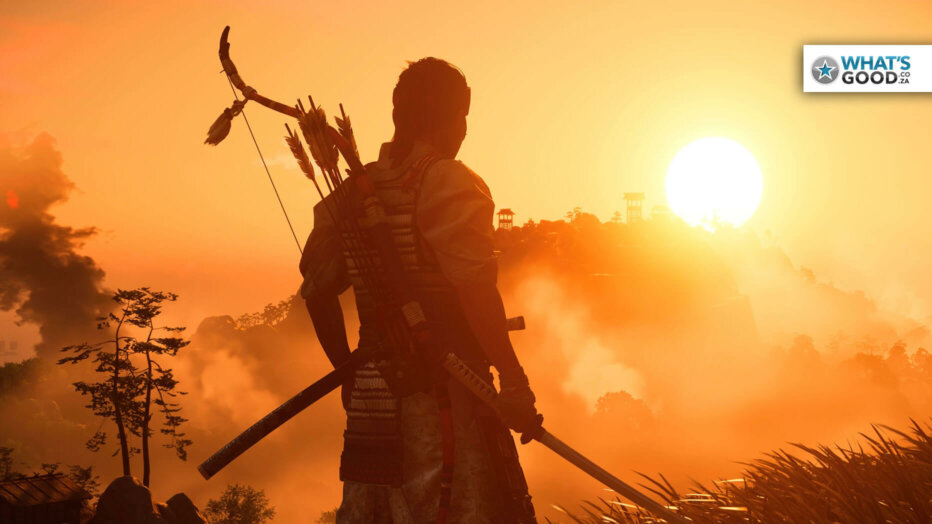 Ghost of Tsushima Review – PS4 Pro | They See Me Ronin, They Hatin’

From the folks who brought you the Infamous games, Ghost of Tsushima is a Playstation exclusive open-world Samurai action/adventure that takes a lot of inspiration from Samurai films, most notably those of Akira Kurosawa. You play Jin Sakai, one of the only Samurai on the island of Tsushima to survive the onslaught of the invading Mongols.

Verdict: Ghost of Tsushima is an interesting and beautiful glimpse at feudal Japan with cartloads of Samurai slashing action, solid stealth and a gorgeous world to explore. However, it doesn’t add anything drastically new to the genre. It’s still really good, but it’s not quite ‘Horizon Zero Dawn‘ good.

Aren’t the Samurai just the coolest? They’ve inspired countless films, some of which are regarded as some of the best or most important films of all time. It’s strange then that we haven’t really seen an overabundance of Samurai games over the years. In many ways, this is to Samurai films what Red Dead Redemption is to Westerns.

In many ways, it’s a love letter to the films of old, so much so that a “Kurosawa Mode” was even added to make the movie look and sound like the famous old movies, and it’s pretty darn awesome for fans!

One of the coolest and most novel ideas taken from Kurosawa’s films and introduced as a game mechanic, is that of the wind and weather being integral to the entire experience. 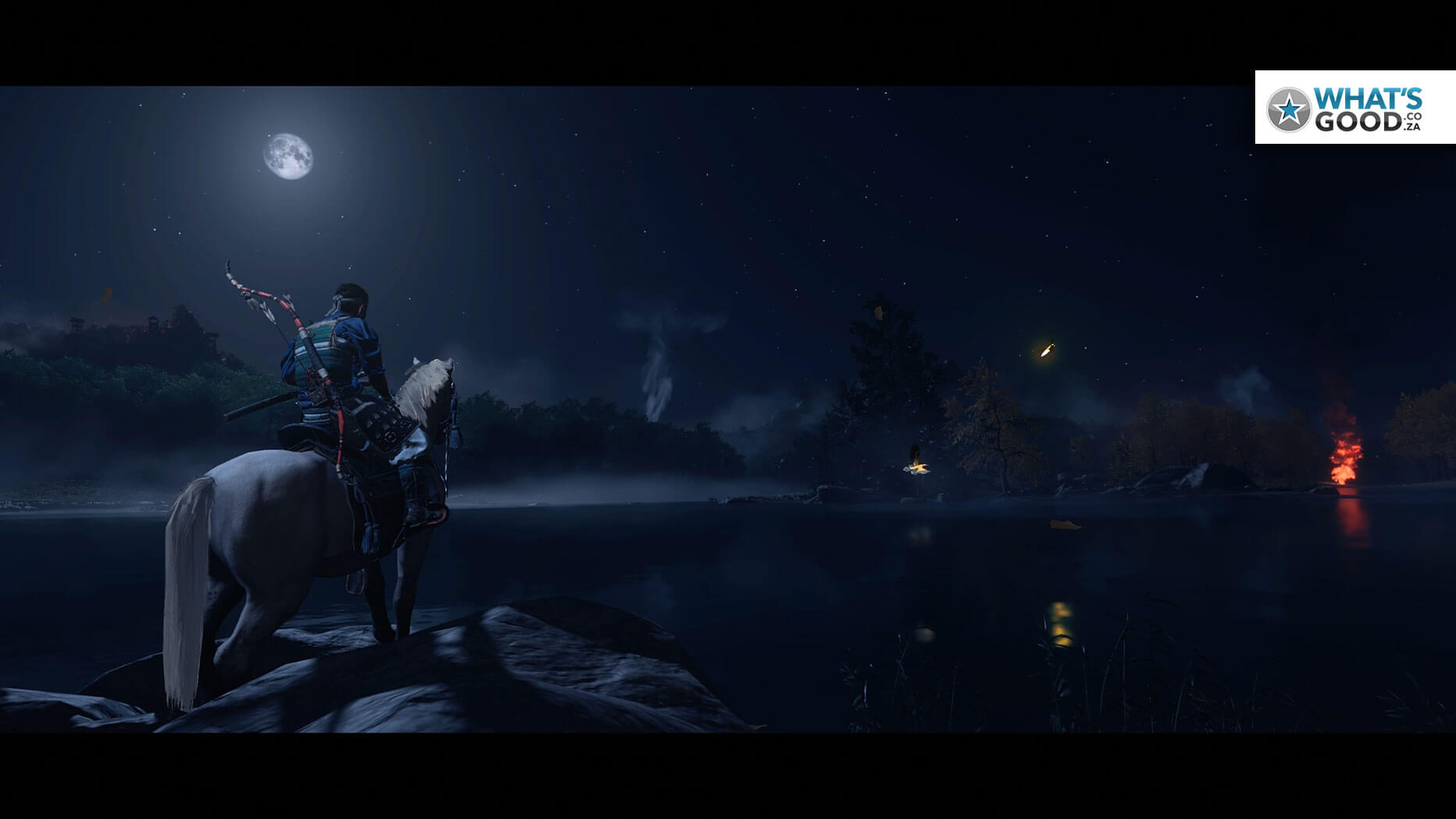 Instead of being presented with a line on the ground or checkpoint markers whenever you set a destination, you instead literally go where the wind takes you. Not only is it a wonderful way of keeping you engaged in the world (instead of starting at mini-maps), but it breathes life into the world, almost literally.

Our hero Jin sets out to save his island and people, and must do whatever it takes to defeat the enemy. This includes adopting stealthy tactics that are heavily frowned upon by his order.

You can play as a Samurai warrior or more like a stealthy Ninja, but it’s actually more of a mixture of the two rather than a solid decision.

I’m not a big fan of skulking around, but anyone who loved the Tenchus or Assassin’s Creeds will feel right at home here. I wanted to be a badass Samurai warrior and so while levelling up and progressing in the game, I spent my points more on cool stance moves, dodges, parries and more. What I do like is that the game ultimately requires a bit of both, so while you can lean one way or another, you’ll find yourself getting a bit of everything.

Being a Samurai is awesome though, and when the fights are in full swing the combat is thrilling and stylish, while still being dangerous enough to keep your on your toes. You use a range of stances, cool moves and more to counter everything the enemy throws at you. When the dust settles and you are the only one left standing… well, it feels pretty damn good.

Something the game does have, which is pretty great, is one of the best photo modes in the business. Coupled together with beautiful scenery, lots of movement from leaves/weather and so on, you might find yourself spending as much time snapping pics as you are snapping necks.

I just couldn’t get enough and sometimes had to scold myself for yet again hitting the button to capture just one more shot of that sunset or those falling cherry blossom leaves. 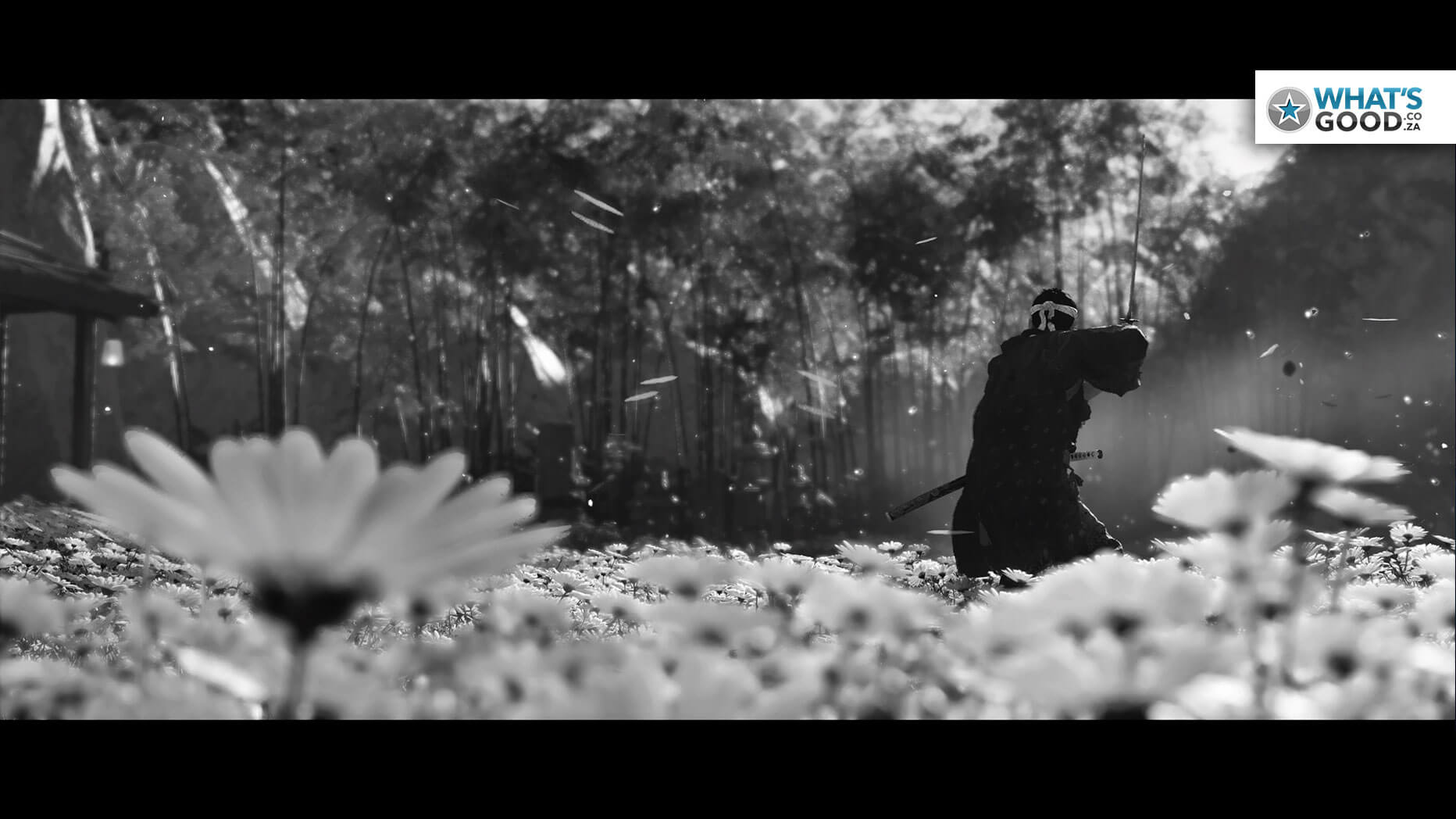 The main story will run you around 25 hours, and around 55  hours total if you wanna do everything – which is where things go one of two ways depending on what kind of gamer you are. The island of Tsushima is large and beautiful, and as the genre demands, is packed with a million different things to keep you busy for a hell of a lot of hours. I’m not particularly fond of the Assassin’s Creed games for exactly this reason despite liking a lot about them. This is the same.

While I don’t agree with those that label GoS as “Assassin’s Creed: Japan”, it does share many of the open world elements that you either love or hate.

I’m not someone who looks for games that let me sink hours and hours into it, I want to get in, have a solid experience, and then be done with it. If you love wondering open-worlds, collecting everything, discovering all the areas and getting all the things; well then there’s no problem for you here.

Quick note: Ghost of Tsushima is getting a great looking co-op update for absolutely free. I’ve posted the trailer at the bottom of the page.