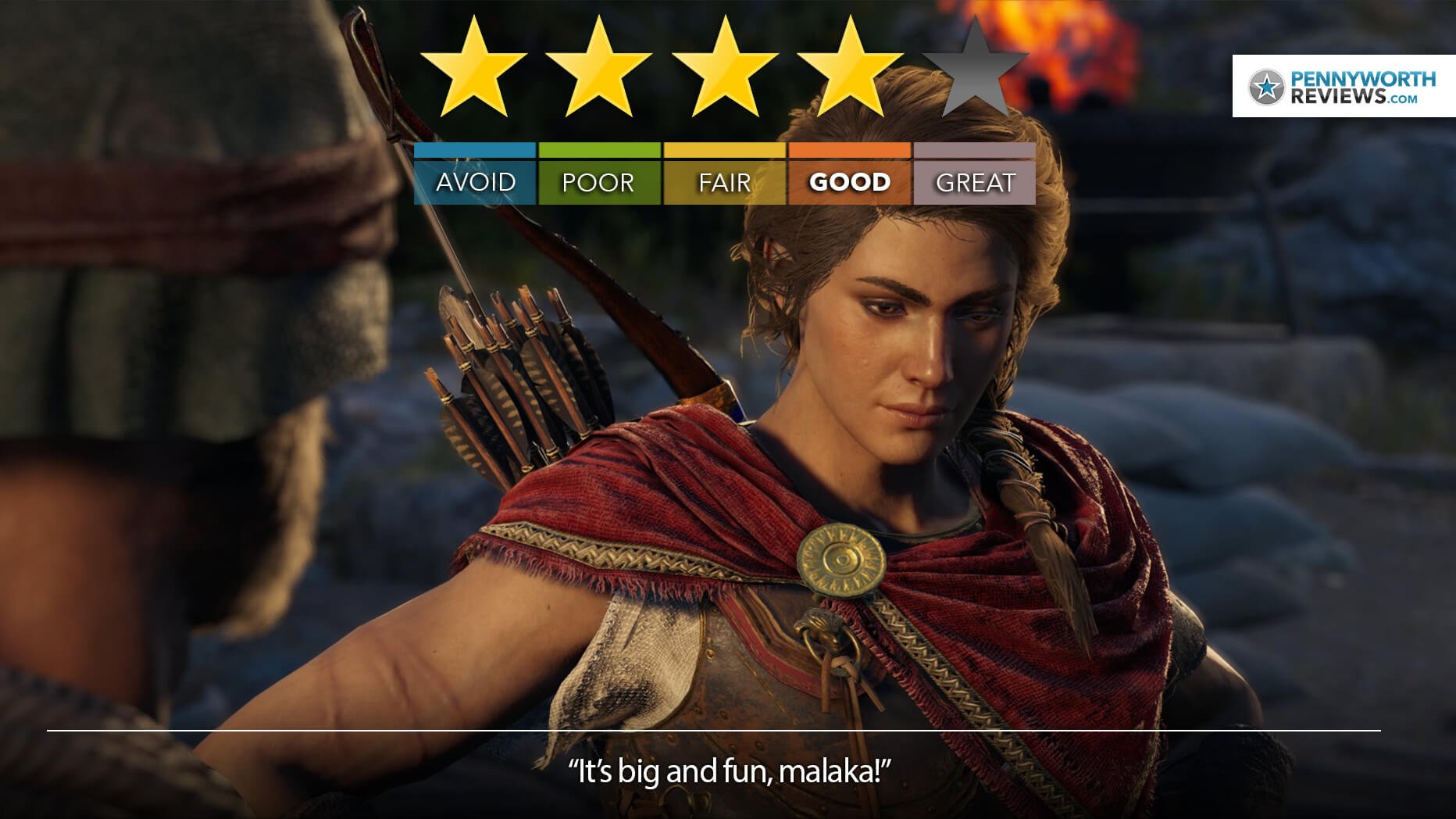 If you loved AC Origins, you’re in for a treat

What is it? A giant open-world action/stealth adventure game set in Ancient Greece where you play as a descendant of Leonidas navigating a big war between Sparta and Athens – Reviewed on PS4 Pro. Also available on Xbox, PC

Pros: Beautiful and interesting setting, massive world, tons to do, gets you involved in exploring, dat Spartan kick.

Cons: Maybe a little too big for its own good, gameplay mechanics could use some polishing

Verdict: Big and fun, but requires a lot of time.

These new RPG AC games are just huge (read our Assassin’s Creed Origins Review), and designed to give you over 100 hours of gameplay if you want it – and just like the previous title Origins, it really comes down to whether you want that sort of thing or not. Exploring Greece and sailing the Mediterranean (a la AC Black Flag) is a big adventure, but I’d honestly take a little more quality over quantity in the world if I had the choice. It is astonishingly massive and beautiful though, and as a half-Greek myself, I felt like it really captured many of the areas, islands and vibes of the people really well. There’s also a new way to play the game that handles quests and markers in a more engaging way, requiring you to ask questions about areas and go explore them rather than just heading to a blip on the map. It’s cool, but feels like it could still be taken to another level in future. You can expect more of the same in terms of missions, which means doing things for folks, fighting, sneaking, exploring and more but that’s not such a bad thing.

You get to pick between a bro called Alexios or a woman named Kassandra and I went with the latter and I totally fell in love with her mannerisms and unapologetic nature  – she honestly feels like one of my cool Greek aunts but with huge punchy arms and armour. For the first time in ages, I felt like I was playing a really solid female lead that had her own thing going on and even on a modern conversation level just doesn’t give two shits about your opinion on who or what she’s supposed to be. My kind of hero.

It’s on that note that I want to point out that maybe my biggest gripe is that I really, really wish Ubisoft need would ditch more of the Assassin’s Creed parts of Assassin’s Creed. many of the Animus parts just feel like they pulled me out of the experience, and I feel like we could go from having a big and decent action RPG experience to a truly polished gameplay and combat experience if they really leaned into the new direction a bit harder.

If you’re up for a big adventure with tons to do, then Odyssey is right for you.