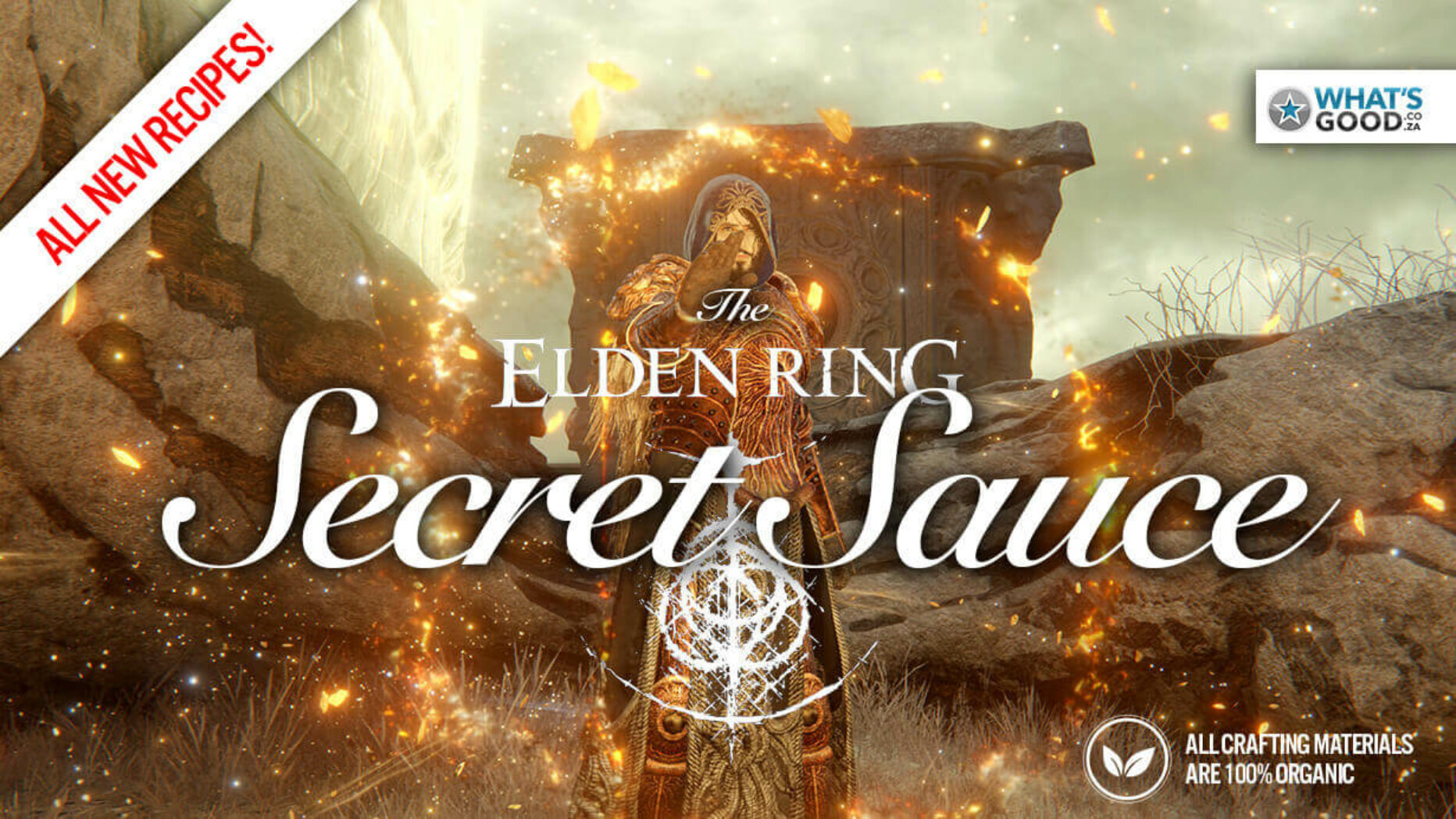 The Elden Ring Secret Sauce Will Have A Lasting Impact

We are now officially in the twilight of Elden Ring’s release.

Elden Ring was a phenomenon in every sense of the word. It shattered expectations by being far more ambitious than we ever would have thought which is even more impressive given the sheer pedigree of From Software. It has reverberated through every corner of the gaming landscape, from Gaming Twitter all the way to TikToks made by infuriatingly beautiful people.

Elden Ring is a once-in-a-generation behemoth of a game, and if I were to review it, it would be the easiest 10/10 I would ever give.

The Best Things in Life are Tree

Yet, what did this game do so right to be able to have such a lasting impact? The answer to this goes beyond just the surface. You can simply praise the story, visuals, music and gameplay and be on your merry way, but I think there’s something deeper that we can identify. The root of Elden Ring’s success, if you want to stick to the whole tree theme they got going on.

“The dopamine releases these games offer is almost illegal”

I am what you would call a From Software “veteran”, which is a funny way to put it because it sounds like I’ve been through the trenches and accidentally flame bombed an orphanage, but the typical From Software experience isn’t far off from that.

I’ve played all of the games they’ve had to offer and I’m somewhat of a late bloomer, only seeing Miyazaki’s light at a later stage of my gaming life.

But once it hit, oh boy did it hit hard. 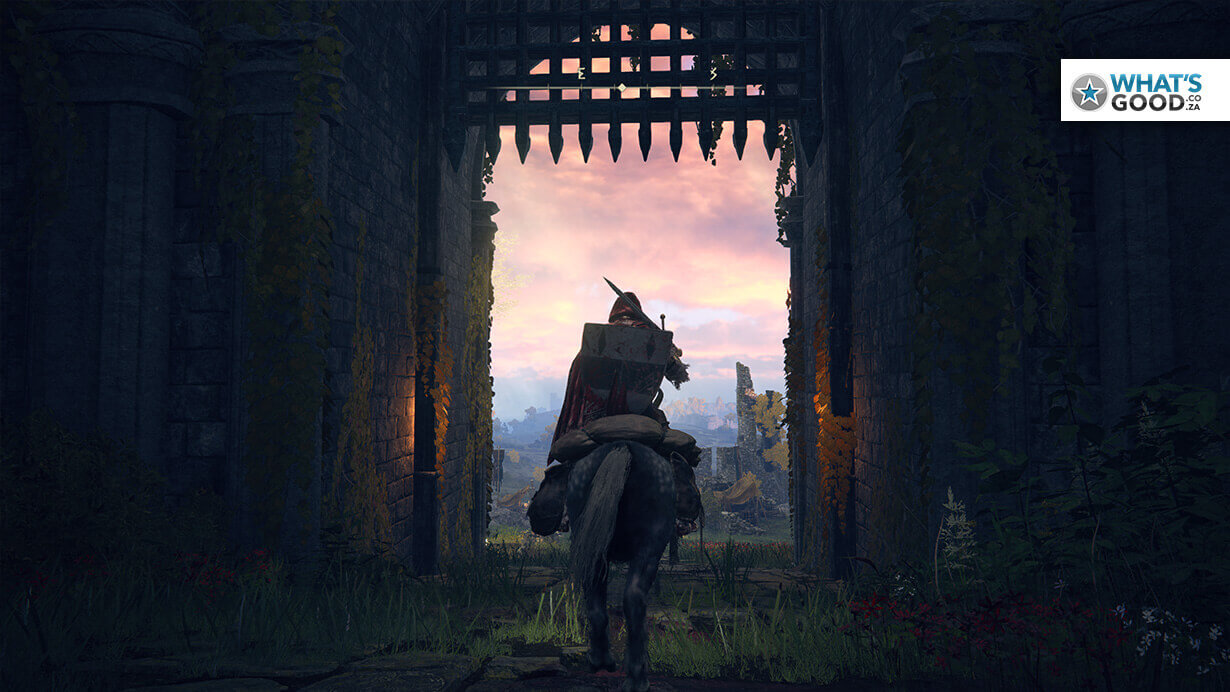 The dopamine releases these games offer is almost illegal and you’re always searching for that next hit.

Along comes the equivalent of a crate of cocaine in the form of Elden Ring and from the get-go, I was instantly familiar with it. I knew where the dodge button was (which is all you really need), I knew how to handle the Excel spreadsheet-esque interface and I was off to Limgrave to go make a ring or something.

It was an exhilarating experience. I have played a shocking amount of open-world games – and admittedly become pretty tired of them – but this game made me feel like a kid again.

This came down to one very important facet of this game’s open-world: the complete lack of information and direction. Freedom, in other words. Just walking or riding around and finding stuff. If you really look at it, Elden Ring is pretty structured and it has a lot of traits from other open-world games.

There are outposts in the same vein as Far Cry where you take everyone out for some kind of reward. There are dungeons buried in the mountains à la Skyrim. Map fragments can almost be seen as Ubisoft radio towers if you really want to go out on a limb. There are a lot of traditional open-world mechanics here, but they don’t feel traditional whatsoever. 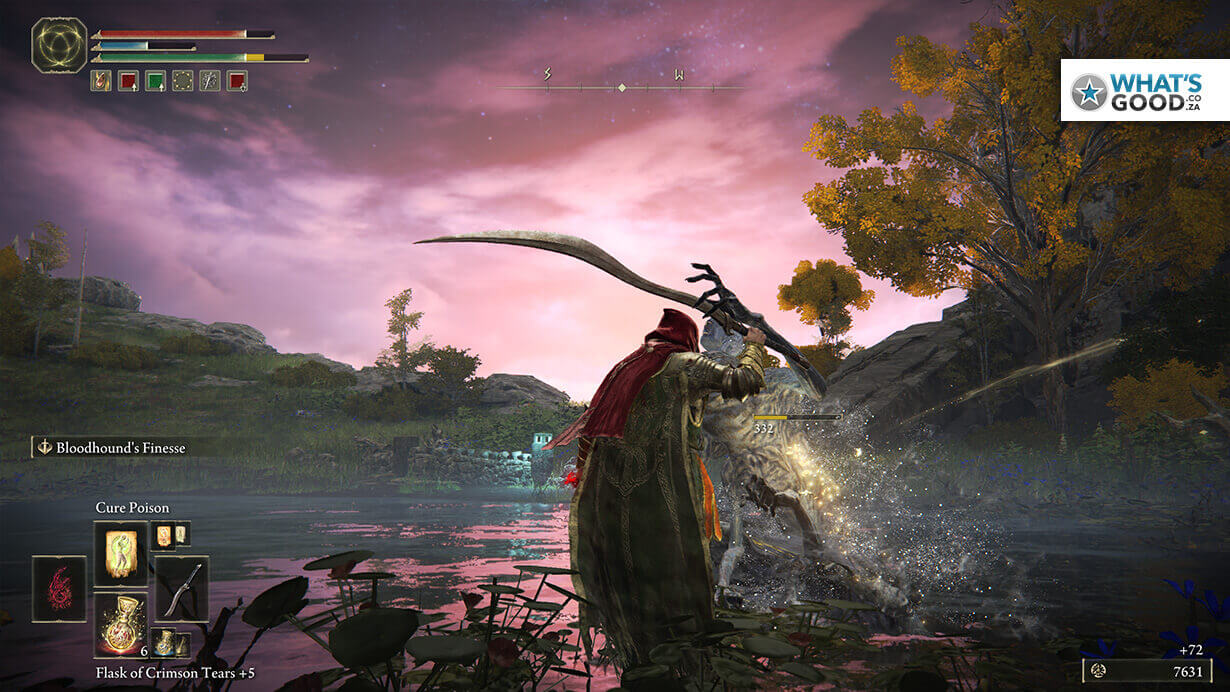 This is because of the game’s propensity for obfuscation, which is a fancy way of saying you don’t know what the heck you’re doing.

There’s a lack of markers, besides ones you can place yourself, and there are no tick marks or trackers that say you’ve found 3 out of 10 catacomb dungeons in the area or something. It’s all pure exploration. So if you happen upon some random elevator in the middle of nowhere that takes you to a place straight out of a fantasy novel, you feel like you’ve discovered it all by yourself instead of having it be one more map marker to check off the list.

The map is also an important part of the equation here. It starts you off with a relatively small piece of it with the grand majority being completely hidden. You can tell there are things beyond your piece of map, but it’s merely hinting at something more instead of dumping the whole map on you at once.

You have no idea what the scale of this world is until you’ve fully revealed it, which means the sense of discovery is persistent throughout the whole game. You can potentially miss entire areas if you don’t walk down a certain obscure path, so you’re encouraged to explore everything.

Just when you think you’ve seen it all, the game reminds you that you’re not even close and that dynamic makes the open-world incredibly engaging.

Variety is the spice of Vitality

The gameplay and combat follows a similar path. Elden Ring gives you the tools and the capabilities to go absolutely freaking nuts.

Giant hammers, swords that are also flamethrowers, abilities that turn you into a lightning Sonic the Hedgehog ball, spells that make a dragon pop out of your chest. You name it, it’s here and it’s buildable and viable. This is where the game’s “difficulty mode” also lies. 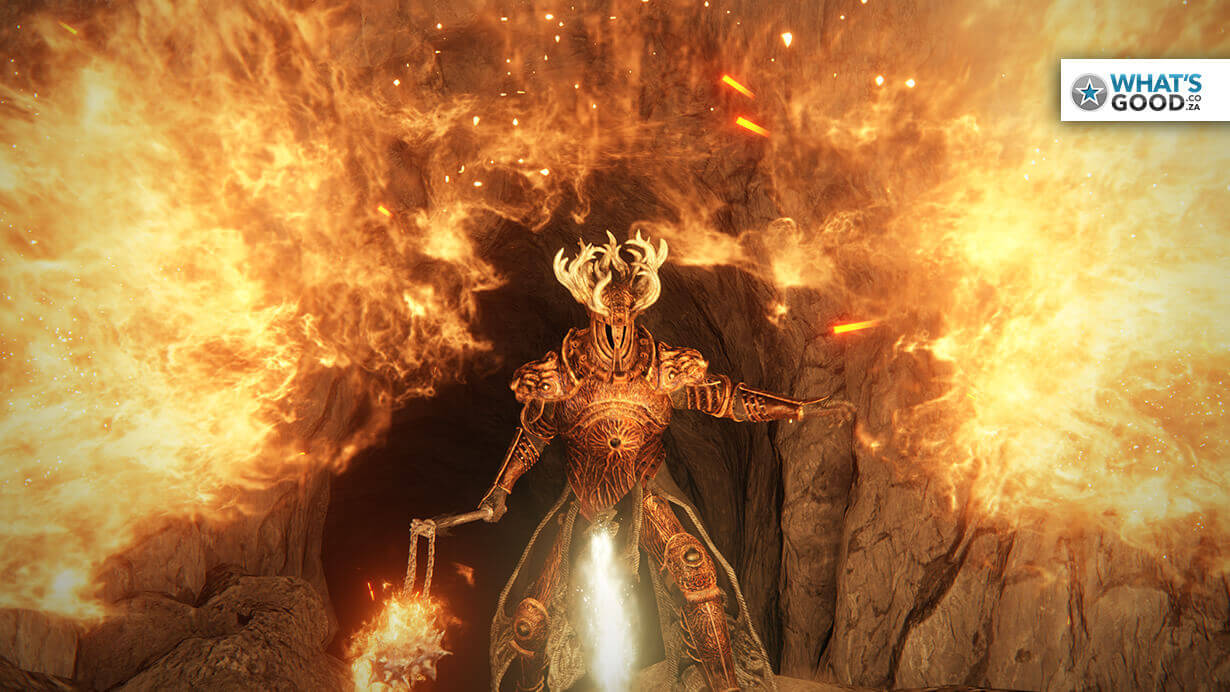 You can have some busted builds that can make the game trivial. You can use summons to make fights a lot easier and you can farm runes to over-level yourself to oblivion to steamroll bosses.

My style of play is what I call “inspirationally masochistic”. I use a very large weapon, I two-hand it, I pump all my points into strength and vitality and the only help I have is the dodge button. No summons, I never even touched the consumables and my only strategy is to not be bad.

“every person playing this game will have a vastly different experience”

I constantly dance with bosses and read their patterns, either figuring them out on the spot or learning how to not get hit again. This is how I like to play and I’ve always played like this because I found it to be the most satisfying. 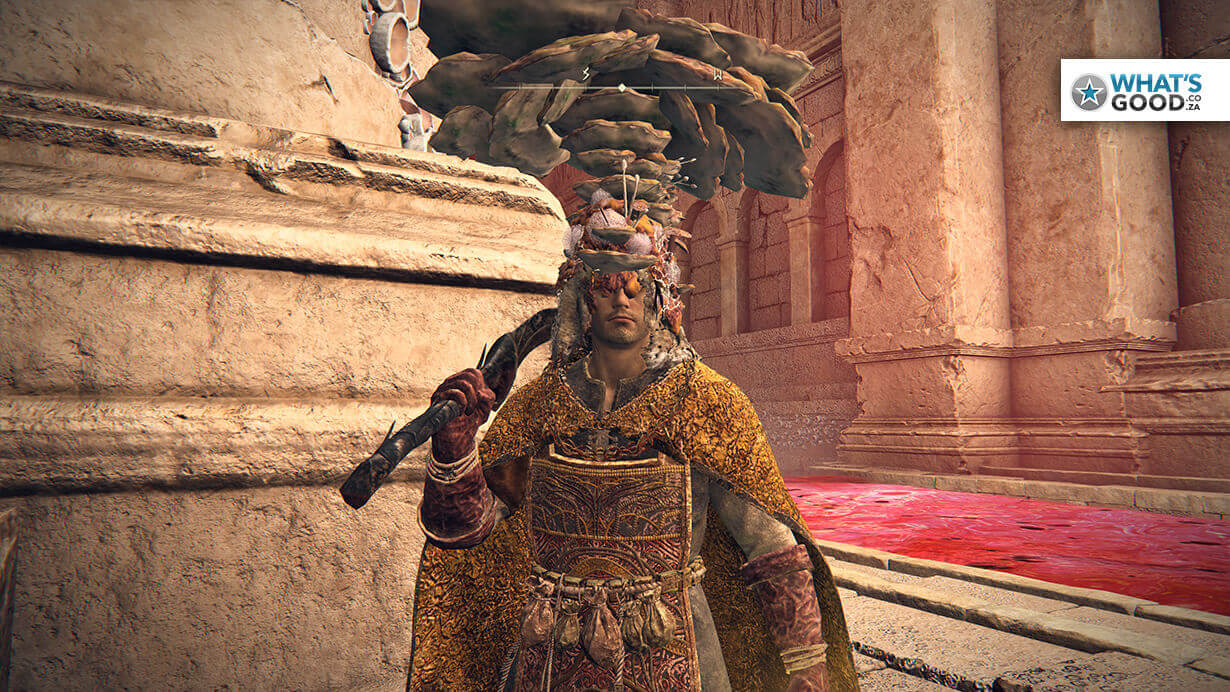 But you can play the exact opposite build, shooting blue lasers out of your face while a boss is being surrounded by little goblins wielding shields and never even tapping the dodge button. You can go even more extreme and never level up and only have a wooden club, fighting endgame bosses in nothing but your underwear.

It’s all up to you. Here’s where that word comes up again. Freedom.

I think we’ve come across the common theme here.

With so many options and styles of play available, every person playing this game will have a vastly different experience. A veteran will obviously have an easier time with the game’s mechanics, but a newcomer will have such a beautifully organic journey through hardship that can arguably be more fulfilling. 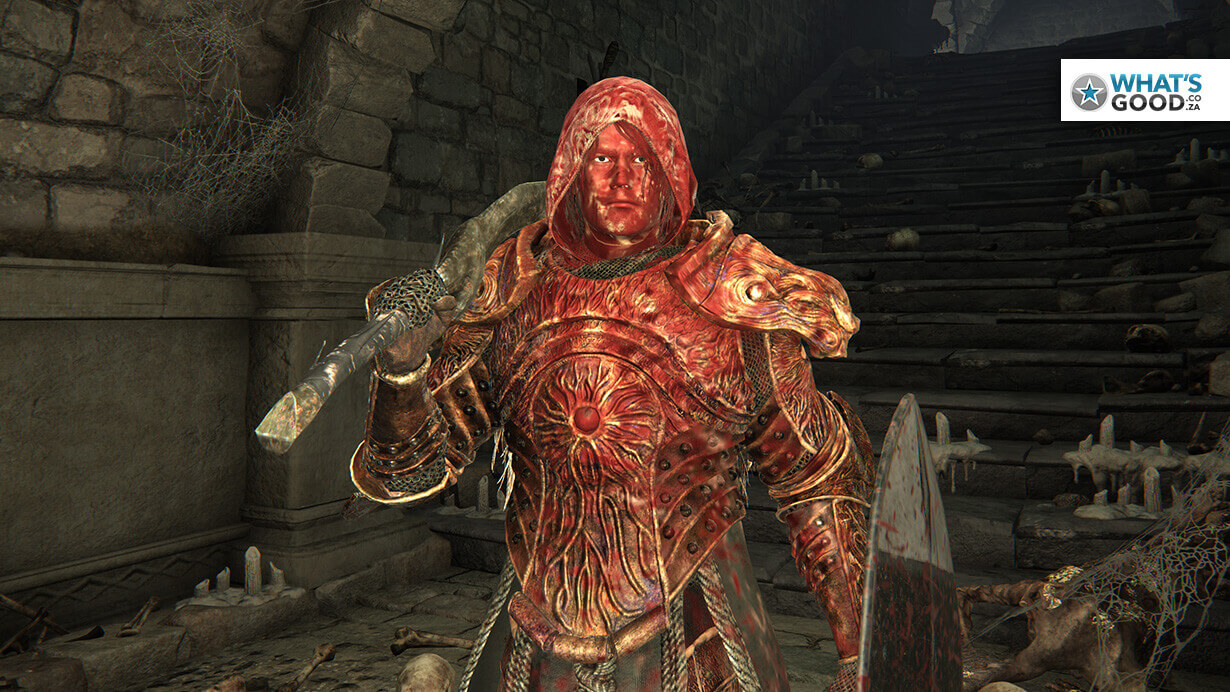 The story even has elements of freedom since so much is open for interpretation and it’s up to us and the loremasters to craft theories or go down item description rabbit holes to make sense of the crazy tales in The Lands Between.

Is Elden Ring the perfect game?

No, it’s not. No game is the perfect game, because the existence of a perfect game means that there is nowhere else to go and Elden Ring does have its faults. However, this emphasis on freedom is unlike anything I’ve ever seen before and I think that’s why it’s at the forefront of the discourse and people’s minds right now.

Modern gaming has taken us down a road of cliches, tropes, handholding and disrespect for a player’s intelligence. To have a game that circumvents all of that and be as well-crafted as it is, almost feels like a miracle.

Now if you’ll excuse me, I have an INT/DEX build to play in my NG+ playthrough and I’m going to have such a good time blasting everything with blue lasers.