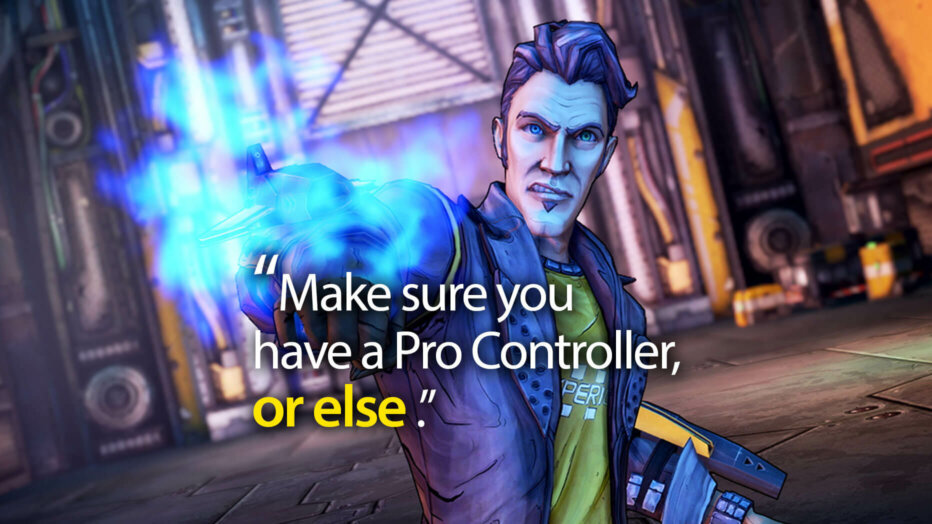 Make sure you have a Pro Controller, or else

By now you know Borderlands, and that’s because the franchise has been going steady for quite some time now. Well now, it’s finally time for you be able to play every Borderlands games except the very latest one at home OR on the go, and all in one collection.

Amazing right? Well, yes and no. Let’s get into it.

Firstly, a lot of people have played Borderlands by now, so if you’re one of those lucky gamers who haven’t yet experience the fun of a Borderlands, then lucky for you. For everyone else, we’ve been around the block a few times already, and even over multiple systems. That’s not the real issues though.

Neither is the issue the core gameplay, or the audio or the graphics quality… (heck, this even has full split-screen multiplayer as an option) although there is a little bit of a performance problem that I’ll get into. You see, the major issue I’ve had with the Borderlands Collection is the controls. Maybe it’s my mind messing with me, but the problem felt the worst in Borderlands 1. When playing, there’s such bad input delay that I just didn’t feel like I was comfortable and relaxed – regardless of if I was using Joy-cons or the Pro Controller.

What’s maybe the worst problem though is that many Switch owners don’t actually own a Pro Controller, which leaves them with the Joy-cons. Now we already know that Joy-cons are only so-so for precision shooters, but in Borderlands, even with aim assist on, I had to tweak the heck out of my control settings just to find something remotely bearable, never mind fun. 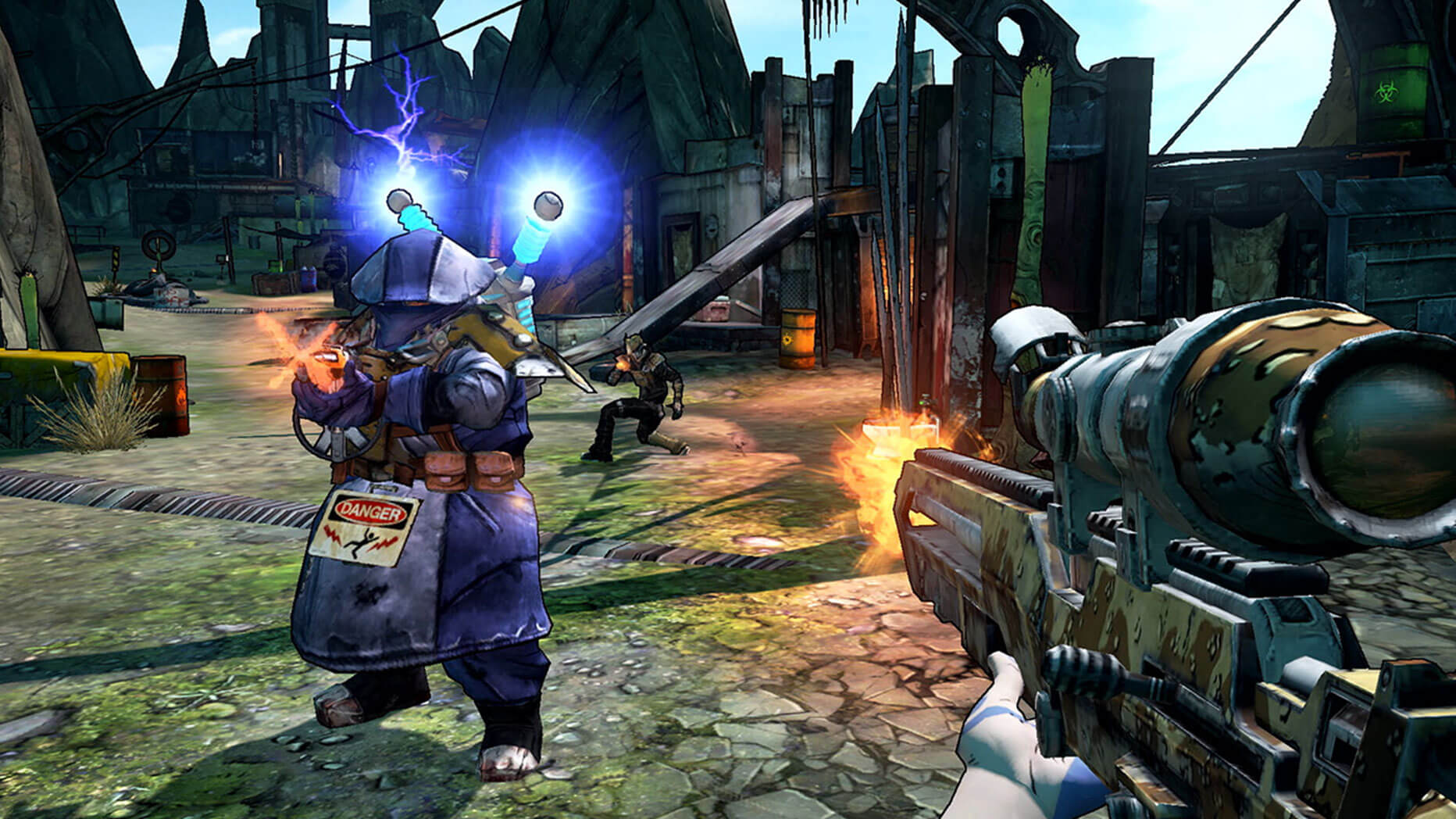 While I tried to convince myself a few times over that the motion controls were working out, they just weren’t. It was more of a gimmick to try out for a bit before going back to the laggy thumbstick controls. Since those weren’t particularly great to play with, I’d quickly find myself wanting to play something else.

It must be noted that at the time of reviewing I have been playing other shooters on Switch (Like the Bioshock Collection), and while no shooters are perfect on the Joy-cons, there are definitely better examples of Joy-con usage in shooters out there.

I haven’t discussed the Borderlands games much in this review, and that’s because anyone can find a million reviews for all the games already. The games themselves are great, and this collection provides MASSIVE value by including hours and hours of gameplay and humour.

The truth of the matter is that Borderlands games are pretty great, but not if you can’t actually play them properly. With the Nintendo Switch version of the collection I found that ultimately, the controls are a huge put-off, to the point that I wouldn’t recommend this game at all to anyone who only has access to Joy-cons.

In short, if you don’t don’t have a Pro Controller, I wouldn’t recommend that you bother with the collection. Whether or not they will sharpen up the controls in future or come up with a better solution remains to be seen, but I wouldn’t hold my breath.