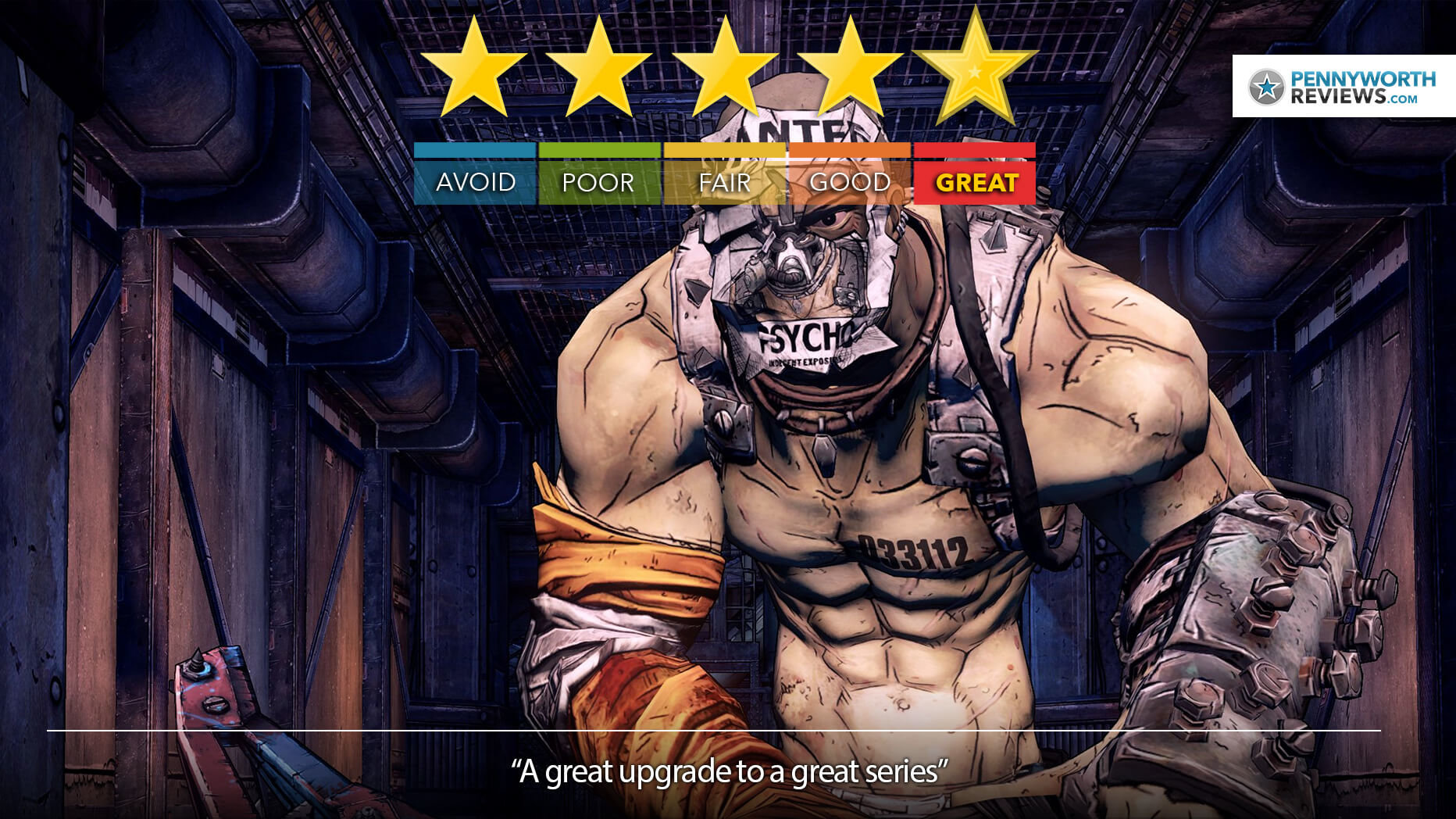 A great upgrade to a great series

What is it? Free 4K update packs for all the Borderlands games on PC and current-gen consoles, with the exception of Borderlands: GOTY Edition on console which is for sale as a remaster.

Cons: Borderlands: GOTY edition only available on consoles as a new purchase. | Nothing new

Verdict: A great upgrade to a great series of co-operative action shooters

Borderlands, it’s sequel and it’s pre-sequel, are known for a few things. First of all the games are some of the best co-operative shooters I have ever played. My friends and I feel untouchable when we combine our 4 characters’ skills and wipe the floor with a horde of skags (Also, it has like a bajillion guns!). Top it off with a twisted sense of humour and you have an instant collection of classics.

All the games are pretty old with the last release way back in 2014. Thanks to the semi cell shaded art direction they’ve aged very well, with the original Borderlands still holding its own today. They even made their way to the XBOX One via Backwards compatibility. But apparently that was not good enough!

In a brilliant marketing move for Borderlands 3 (releasing later this year), Gearbox enhanced all 3 games with a free 4K upgrade on PC. The enhanced console version are also available, albeit not as a free upgrade, but now running “natively” on both PS4 and Xbox One.

The games still play exactly the same. Nothing in the way of story or game mechanics have changed, however they are prettier. The enhancements not only feature higher resolutions, but also better textures, anti-aliasing, higher poly counts on the models, better screen-space… Let me make this easy for you…

If you haven’t played any of the excellent Borderlands games you owe it to yourself to pick them up (now prettier than ever) and enjoy Pandora with your friends. It’s worth every cent.