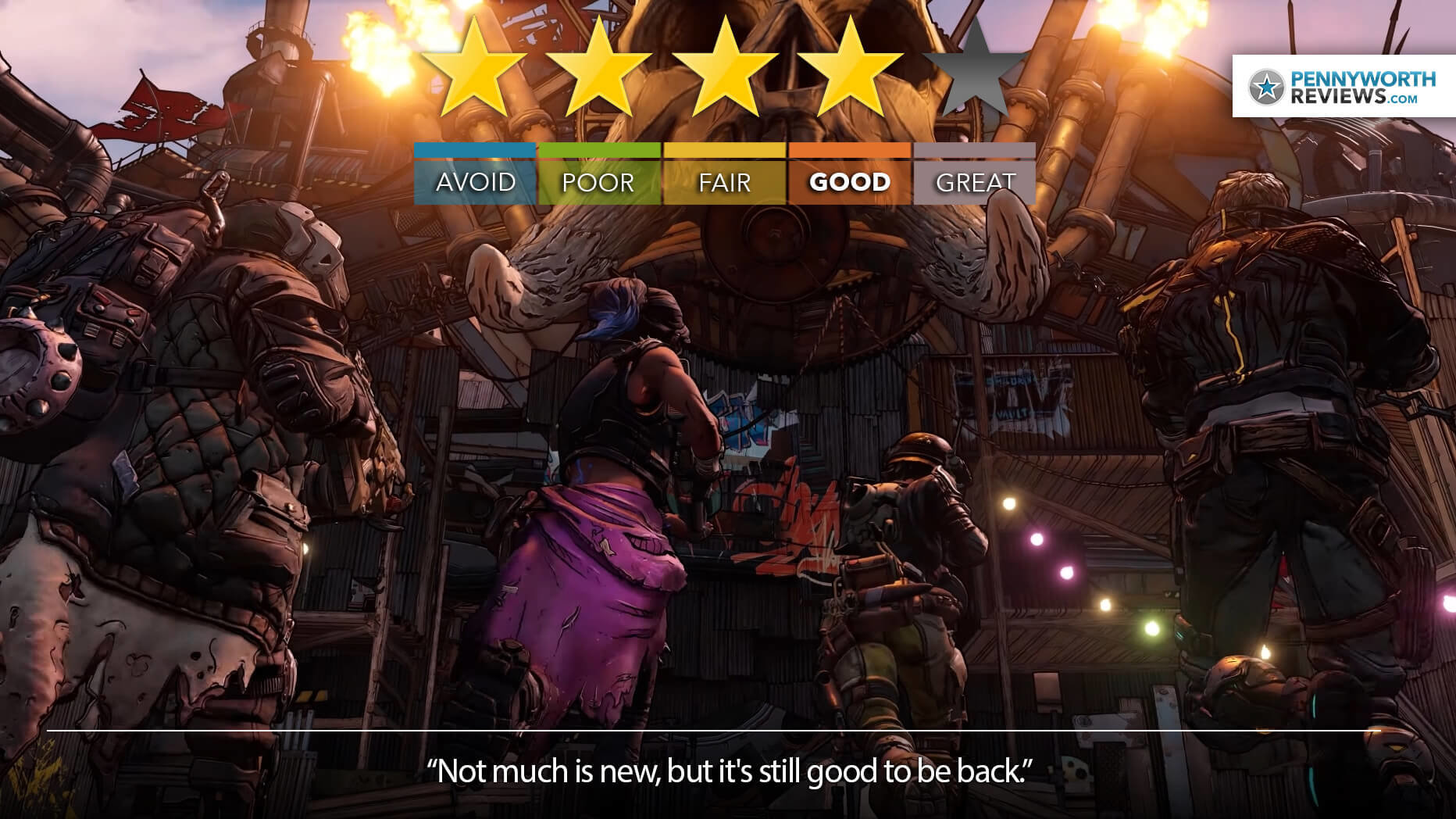 Not much is new, but It’s still good to be back

The third (but not third game) in a series of funny, sci-fi/not-post-apocalyptic (sci-pocalyptic?) 4 player co-op online shooters that are packed with open areas, loot, powers, upgrades, guns, bandits and more. Best experienced with some pals. – Available on PS4, Xbox One and PC

Still fun, funny and a blast to play with friends.

If you don’t know what Borderlands is by now, you should probably get your hands on the great Handsome Jack Collection which includes Borderlands 2 and the Pre-sequel (the first was recently also remastered in 4K) instead. Seriously, go away. You’ll thank me.

Also, if you’ve not played the rather excellent Tales from the Borderlands adventure game from Telltale Games, you’ll miss out on a bunch of great references and character moments.

Borderlands 3 really isn’t a massive step forward for the series. Maybe it’s because I took a decent enough break from the series, but I’m pretty okay with that.

It’s the game you know and love, but with more of the good stuff and a couple of nifty extra additions (like sliding and an Apex-like ping system). Whether I was playing solo, with randoms in matchmaking, with friends online, couch co-op with family or amazingly… couch co-op with family AND my online friends at the same time, I was having a blast.

The humour keeps you giggling, and the missions and areas are fun and varied. You also just never get tired of the insanely varied weapons that cross your path, and there’s a lot to do. Games were easy to join and there was never any noticeable lag, despite my wonky internet connection.

The game does suffer from some intense performance issues at times though. It’s sometimes spectacularly bad when one of the players is in a menu in split-screen. The PS4 Pro and Xbox One X consoles actually get to choose between prioritising framerate, but don’t be expecting any locked 60fps here.

While it may not be a massively fresh new direction for Borderlands, numero 3 still delivers buckets of what it does well. It’s funny, fun and a blast to play with friends.