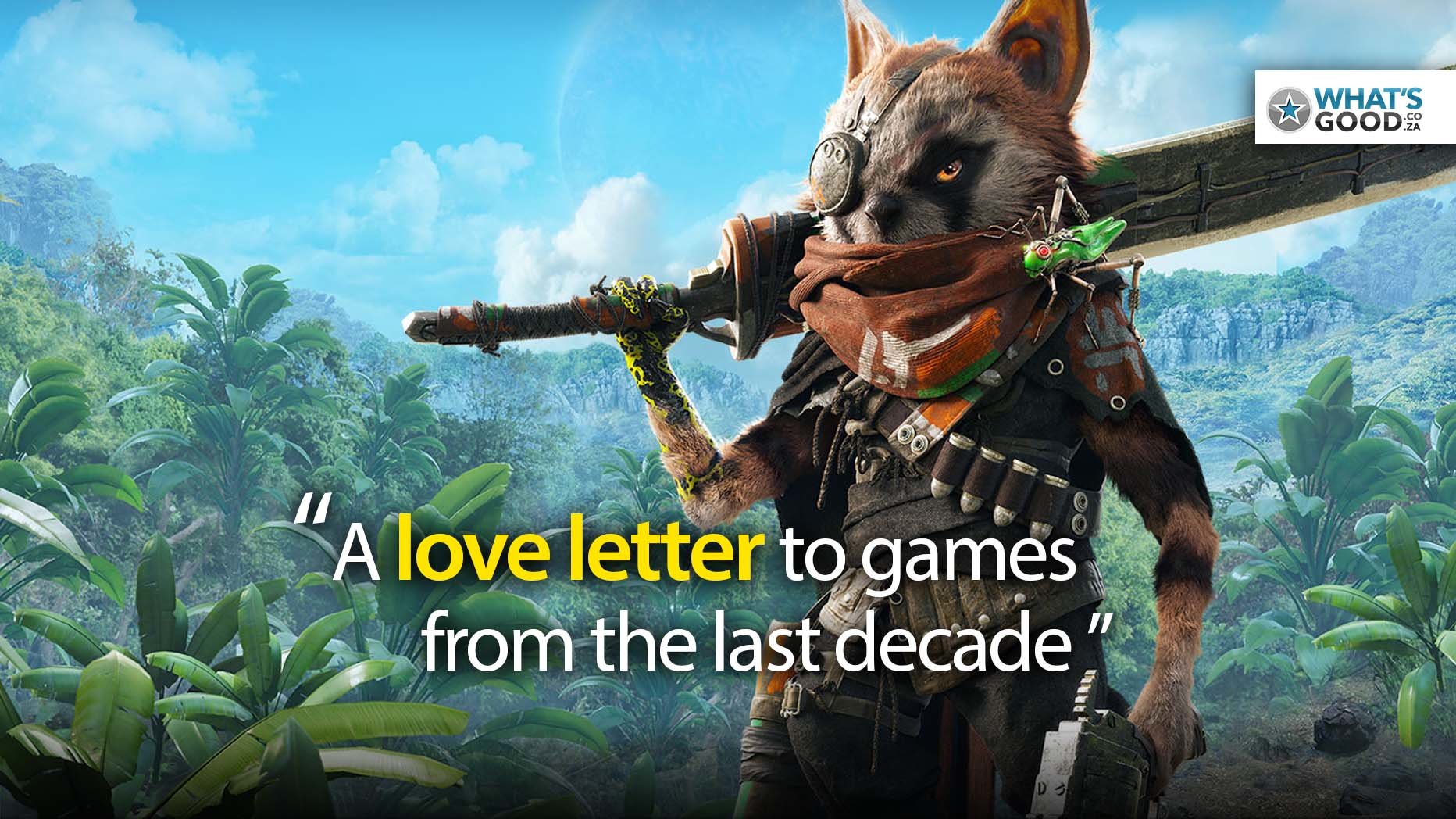 Biomutant Review – Breath of the Wildlife

Biomutant is a game where rodents evolved into walking on two legs and learned to use weapons. In this far-away post apocalyptic world you find yourself with no memory of your own past and even less about the world humans left behind.

I jumped into the game with a very different idea on what to expect to what I actually encountered. With the character creator I had the chance to create a wild and wacky rodent whose shape is defined by his skillset, however being a rational person I opted for a balanced rodent creature with big muscles. Right off the bat I was faced with choices about good and evil, while the game’s always present narrator waxed lyrical about philosophy. These light and dark choices never seemed to have an impact on the actual outcome of the story, other than choosing the main mission of the game: I could choose to save the world tree, or destroy it.

A love letter to games from the last decade

The game takes a lot of inspiration from many other games and feels like a Best of the 2010s compilation. You have a big open world from every second game in the last 10 years. You also have a combat system similar to the Batman Arkham games with a sprinkle of Devil May Cry, endless weapon customisation from Borderlands, and you traverse the world on mounts and gliders similar to Breath of the Wild. None of these features are bad, but they have all been seen before and have probably been done better elsewhere. Yet it somehow seems to blend together nicely.

With a diverse landscape filled with so many different creatures to battle, I never got bored engaging in combat. I levelled up both my weapons and my skills to ensure that I could try better and flashier attacks with nearly every encounter. And the very different enemy types ensured I looked forward to seeing what I would face next.

Why Did The Chicken Cross The Rodent?

The scale of the world left me in awe initially, but it suffers from many open-world traps, like being too empty between mission objectives. Looting for weapon parts and upgrades kind of kept me busy, but also got pretty old rather quickly. Most of the missions are also very repetitive, forcing you to travel to previously explored areas and completing fetch quests over and over. Luckily the fast travel system works well, provided your rodent marks a fast travel post with urine (I kid you not!).

Biomutant is also unsure of its own tone. The narrator sounds like a verbal fortune cookie with cliched wisdoms about the world, lamenting about the mistakes made by humans ages ago. The next minute he sounds like a child laughing and poop jokes and made up names for knickabracks.

Biomutant is a love letter to the last decade’s action open world games sprinkled with a lot of its own personality. With a bit more diversity in between the great combat encounters, it could have been great!