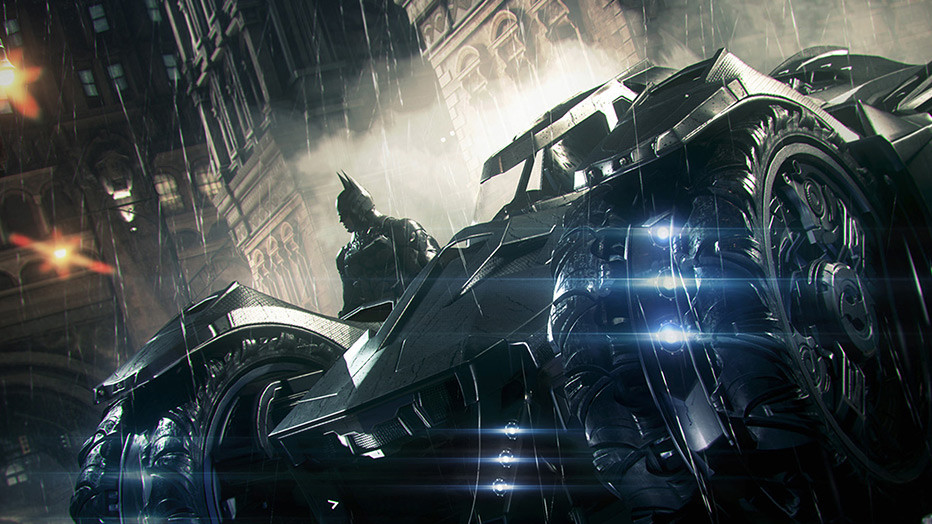 Summary 4.8 Great
Gameplay 0
Quality 0
Experience 0
Value 0
Summary rating from user's marks. You can set own marks for this article - just click on stars above and press "Accept".
Accept
Summary 0.0 Avoid

What is it: It’s Halloween and The Scarecrow has caused an evacuation of Gotham with the threat of a city-wide release of his deadly toxin. Batman uses everything at his disposable to stop him, including ass-kicking skills, new gadgets, his allies and a brand new addition, The Batmobile. However, he realises that he has to deal with a mysterious new foe calling himself the Arkham Knight that seems to know more about him than usual.

Arkham Knight has one of the best paced opening 2-3 hours that I’ve played in a long time. Fire it up and you’re in for a wild ride of intrigue, suspense and most of all, pure bad-assery. Add to the fact that from a tech and visuals standpoint it’s almost unbelievably good looking and darts between huge cityscape scenes and insanely detailed close-ups like it’s nothing, enough to make you think “I just cannot believe what I just saw and that it was running in real-time”. Arkham Knight is clearly aiming to be a high point in the Arkham series, everything has been dialled up to 11 and Batman has more toys to play with than ever. Gotham is a massive playground and you have every toy you’d want to get the maximum enjoyment out of it. New skills and traversal abilities as well as the insanely kick-ass Batmobile bring tons of fun and variety to the gameplay, sharing the experience between combat, puzzles, driving, gliding, predator scenarios and more.

There’s honestly not much to moan about, but the heavy focus on the Batmobile and more specifically its battle mode may have some people frustrated that they are forced to play tank-shooty-shooty missions instead of running around doing more Batman-like things.

Don’t forget to check the Batman Game & Review Hub page to see what others are saying about Batman: Arkham Knight!

Batman: Arkham City sucked me in from the start and refused to let go. The story is some of Rocksteady’s finest work, it’s never felt better to be the Batman and there are dozens and dozens of hours of varied gameplay right out of the box. Go. Play. Be the Batman. You won’t regret it.*

*Unnnnnnless of course, you are thinking of buying the PC version (port) which is suffering from massive performance issues and has even been pulled from the Steam store for the time being. Highly suggested that you avoid until further notice. Xbox One and PS4 are problem-free.