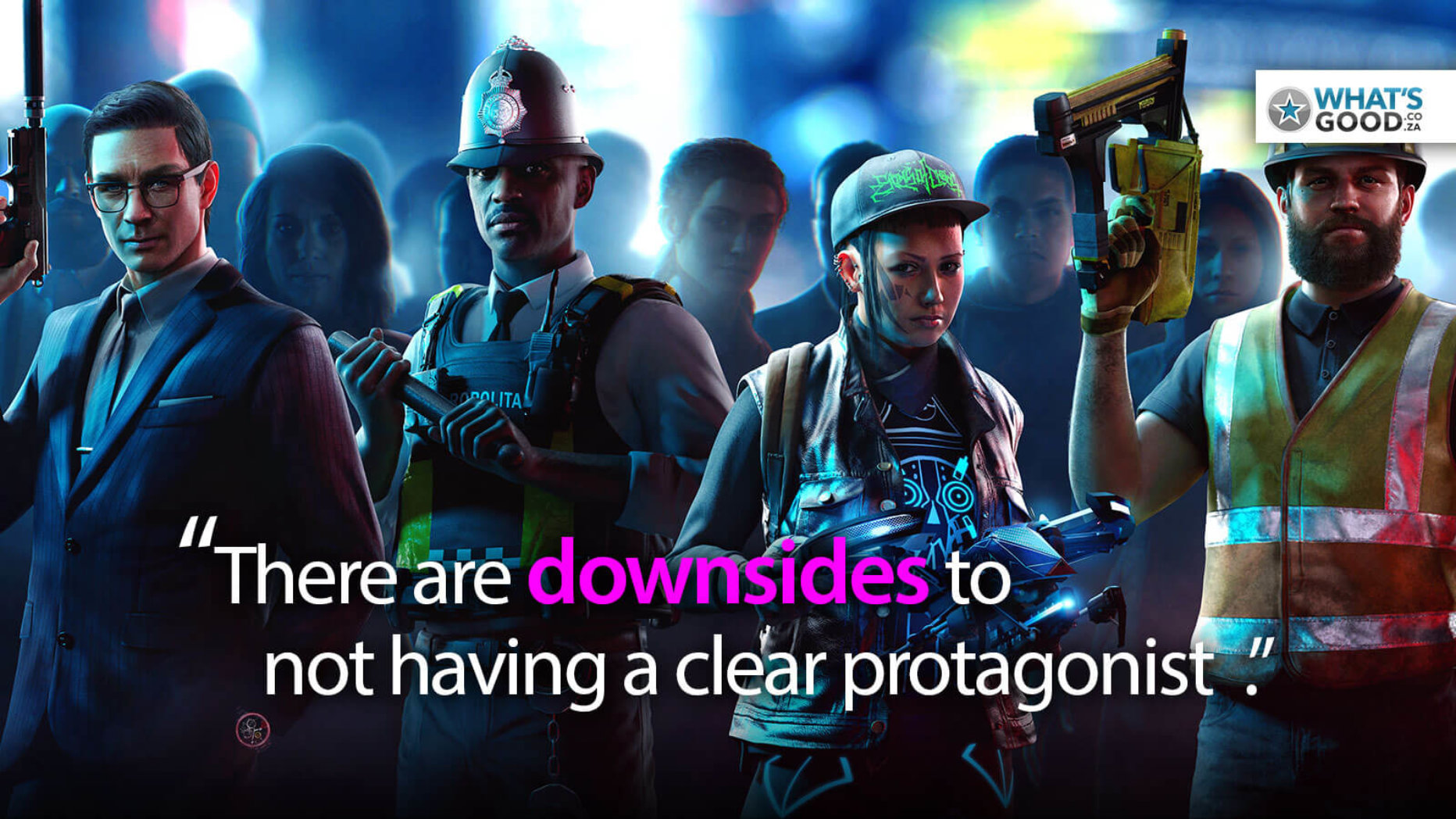 Watch Dogs: Legion has some nifty ideas, but still isn’t all that special

What is it? Watch Dogs: Legion is the third entry in the series, and takes place in a nearish-future London full of self-driving cars, neon, graffiti and streams of drones flying overhead. A group of hackers and rebels called DedSec are trying to stick it to the man and a new threatening private force after being framed as terrorists by a group called Zero Day.

Unlike the two previous games, Legion doesn’t have a main hero, but rather allows you to recruit and play various different random characters in the world as a main feature.

Verdict: While it doesn’t really do anything wrong, Watch Dogs: Legion doesn’t really offer anything all that exciting. The ability to recruit and play as anyone is neat, but there are downsides to not having a clear protagonist to invest in.

Metacritic: 72 | OpenCritic: 75 | Available on Playstation, PC and Xbox One

A lot of people didn’t like the first Watch Dogs game. Many thought that the game’s hero Aiden was more of an a-hole than someone you wanted to root for, and I was one of them – despite our guest reviewer liking it enough at the time.

When I reviewed Watch Dogs 2 I found myself annoyed with the hero and main characters at first, especially because they were supposed to be likeable despite actually being ruthless killers and hijackers whenever it suited them. Around 6 hours in the game finally clicked and I really ended up having a great time with the game (my review here), ultimately believing that it was one of the most under-played games of this generation.

Watch Dogs: Legion brings back a lot of the same mechanics from the previous games in the franchise, notably how you use your phone to hack and control the world around you.

There’s a blend of stealth too, and guns are available (but mostly not encouraged), with your main challenges still being solved by hacking and controlling devices around you. Missions require you to scout around with small drones, hack spider-bots to sneak around enemy premises and solve puzzles by connecting power points to devices.

This is where the usual formula changes up a bit. You begin the game by picking a starting operative, and then recruit new members from almost literally anyone you see walking around in the game world.  Recruits come with skills, perks and downsides, and winning them over usually involves a side-mission to complete, but not always.

For example, a recruit that was a construction worker can walk around a construction yard without attracting attention, while others might have cool weapons, a personal vehicle or special hacking skills.

While Watch Dogs: Legion doesn’t really do anything wrong, it’s just not all that exciting and interesting though. Despite missions having varied approaches, its easy to get yourself stuck in a comfort-zone and many of said missions are fairly similar in their requirements.

Having random protagonists might be impressive in that they recorded tons of dialogue to make them all work in cutscenes, but again, it sort of numbs down the story experience. It feels like it really would have made a lot more sense to have a central hero, and then used this system to recruit a team around you that you could swap to for this and that. What I also found myself doing is just sort of getting attached to one of my earliest recruits and wanting to stick with them all the time.

So while I ultimately thought Watch Dogs (1) was not great, and Watch Dogs 2 was awesome; Watch Dogs: Legion firmly places itself in the “okay” category. If you’ve never played Watch Dogs 2 I’d rather recommend you pick that up on a sale and give it a go instead.