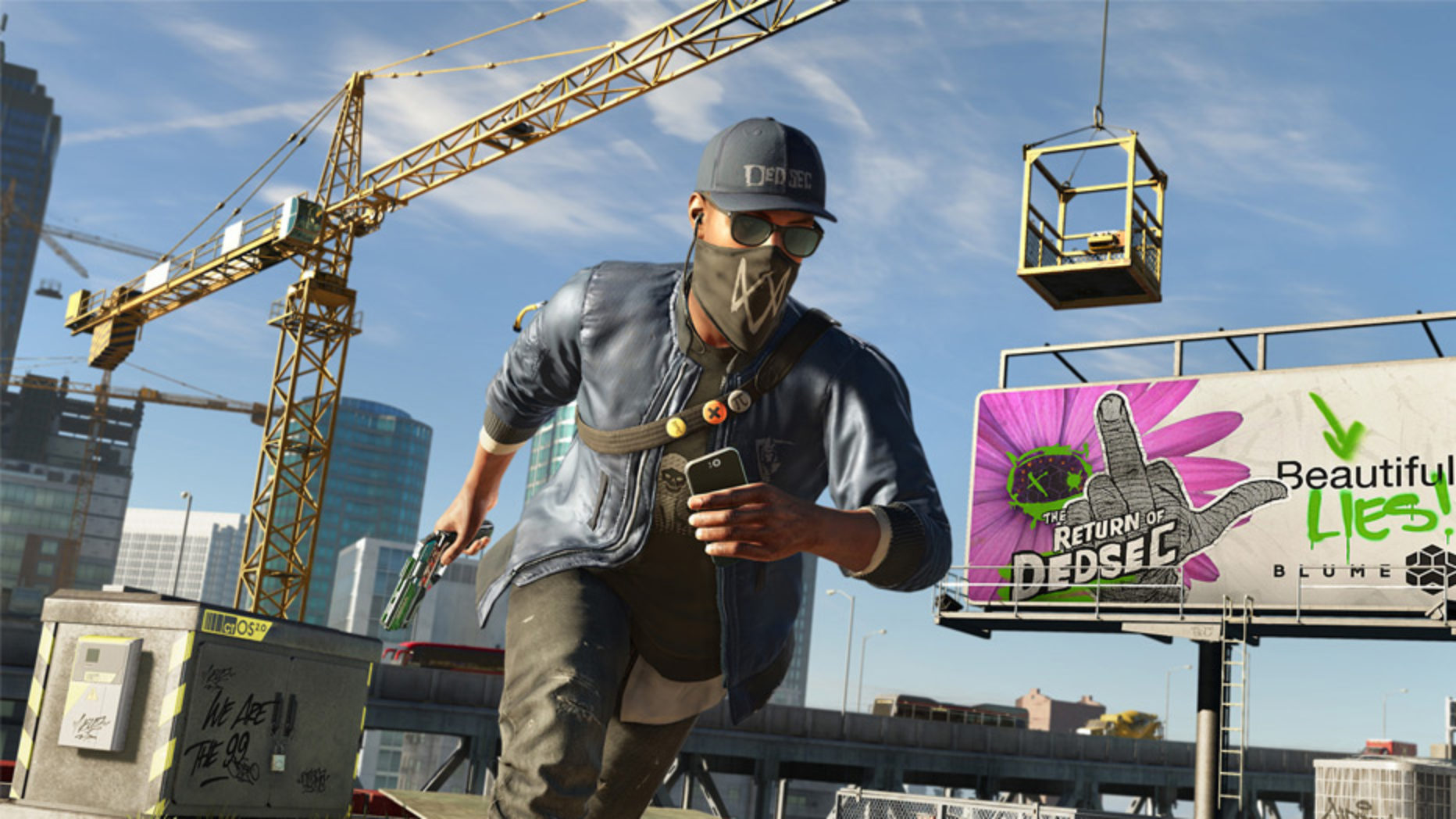 Like Mr Robot and The Fast Films had a GTA baby

Watch Dogs 2 Is The Mr Robot of Video Games | Review

Verdict: Very Good! Watch Dogs 2 has great characters, a fun setting packed with cool things to do and some new and inventive ways to mess with the world around you. – Reviewed on PS4. Also on Xbox One and PC.

What is it? A GTA-like open sandbox action/stealth game that has you playing as a hacker that uses lots of cool gadgets and tech to complete objectives, screw with people, hack devices, steal cars and ultimately take down some bad big brothers.

I strongly disliked the 1st Watch Dogs. It was boring, the hero sucked and the world felt uninteresting and lifeless. Watch Dogs 2 is the polar opposite and tells the story of a young, vibrant and diverse group of hack-the-planet/fight-the-man hackers, not too unlike the TV show Mr Robot, except with a lot more action and screwing around.

I struggled to get into Watch Dogs 2 at first but once the gameplay and story really opened up I found myself completely drawn in thanks to interesting and fun characters (and character building delivered in cutscenes), a bunch of fun toys to play with and even a really fresh art style. The representation of San Francisco, its surrounding areas and all its people/styles – while not quite as vibrant as GTA V – feel alive and full of fun and one of my favourite parts of the game is that despite it being packed with stuff to do (driving missions, co-op or pvp multiplayer instances, collectibles, side-missions and more) the story itself smoothly keeps the pace up and didn’t make me feel guilty for not doing everything around me.

One of my biggest gripes with the game is that your hero Marcus and his group of cohorts are really likeable folks with noble goals, which is why its almost game-breaking when you run down a crowd of innocent people in a truck without a care in the world and its never even clear if your melee moves are knocking people out or killing them in many instances. It just doesn’t really fit the story, characters and cutscenes making me sort of wish the game had a clear and early option to decide if you’re going to be a hero of the people or something closer to Aiden, the douchebag from the first game.