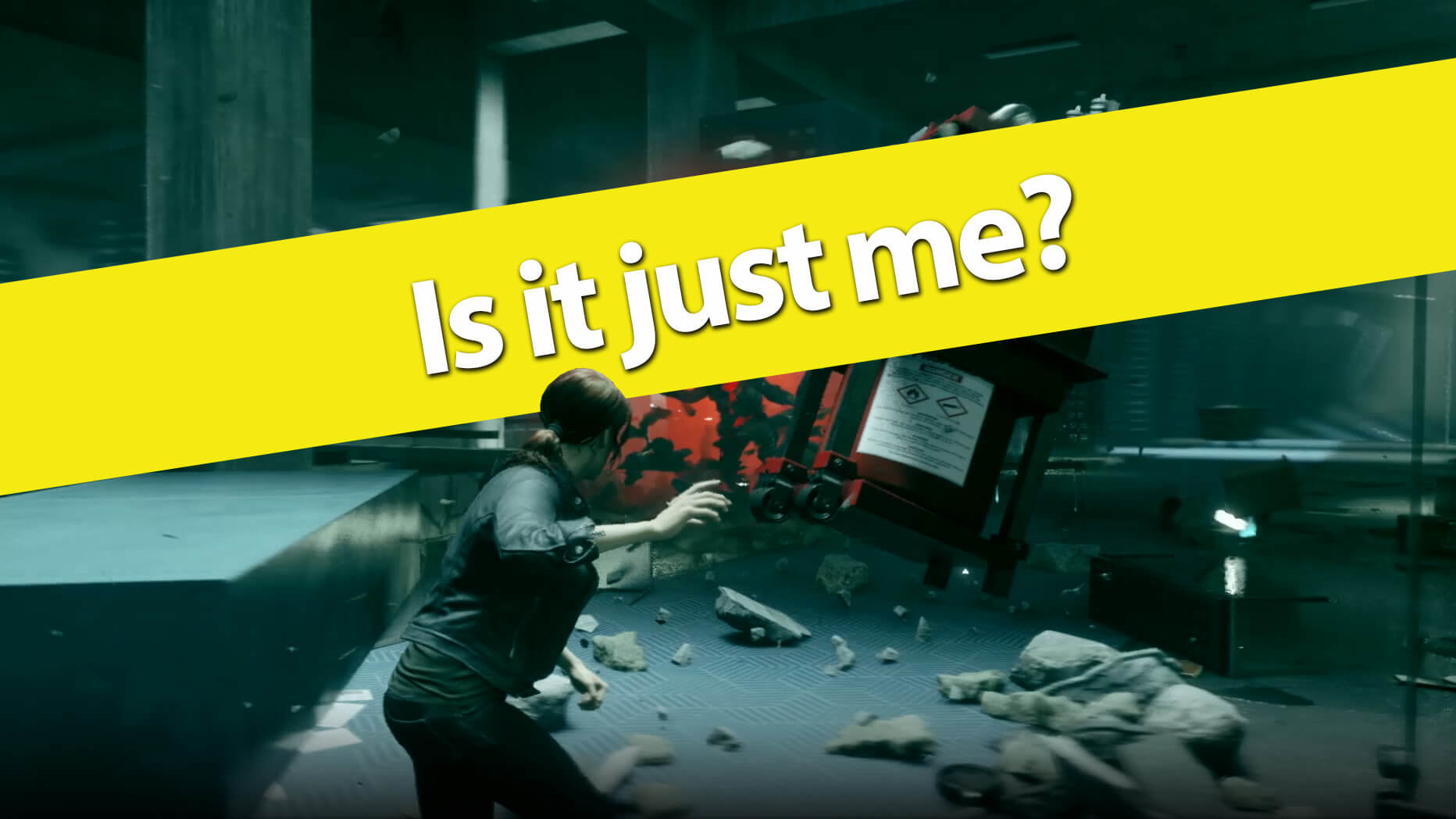 Note that title was changed, and was originally: “Is CONTROL a bad game, or is it just me?”. This is a Control Hands-On preview.

Reviews are rolling out and it looks like they’re mostly positive. It’s not as if everyone’s treating it like the absolute next best thing, though. I’m genuinely glad people are enjoying it a lot more than I am, and hope I find my groove. When we review titles we have to be impartial, and try think on behalf of the gamer, right?

Me? I really want to like CONTROL and yet my review will need to stay true to my experience. One last thing though Remedy… I’m glad you’ve got this out of your system. So I ask, can we please have a new Alan Wake now?

I found a few of the reasons I’ve been struggling with the game progression. Turns out some of them have been nothing but bad luck. I unknowingly stumbled into an area I REALLY shouldn’t have been in early in the game. I was under the impression that it was the way I had to go for my mission, and naturally got frustrated about the difficulty/pacing. Turns out it was just a weird blunder of sorts. I’m not even sure if its a bug or my own misunderstanding.

Either way, that wasn’t my only gripe with the game, but it’s definitely feeling better the longer I play it. I’m also finally finding myself feeling engaged with the actual gameplay. This isn’t Remedy’s usual story-driven affair, and it’s taken me some time to realise that. While it still contains a lot of story and lore, it’s really about the Metroidvania style of gameplay. Less about linear story-progression and more about exploration. I can live with that.

Reviews for Remedy’s latest supernatural action-adventure will likely be out by the time you read this. Our review isn’t quite ready yet, and it’s for one strange reason; I just can’t seem to gel with this game, and it’s really hurt my progress. I’m a really big fan of Remedy.

That’s probably because they’ve made some of the best games I’ve ever played. Max Payne needs no introduction, right? Alan Wake is one of the best games of the last generation in my opinion, and I loved Quantum Break quite a lot more than the average joe.

I walked into CONTROL having kept myself in a bit of a media blackout about it. I knew the bare minimum and really couldn’t wait to see what Remedy’s new title had in store.

A bit of a strange, disappointing moment.

So here’s my problem. Hours in, I realised that I actually don’t think I’m enjoying this very much.

I’ve struggled to get into the story. It sort of just dumps you into it and progresses pretty quick. I can’t find myself able to care too much about the protagonist either, who feels a little too blank-slate.

I’m not really enjoying the combat all that much. Which feels ludicrous in a game made by the Max Payne people.  I’m an expert at getting lost on the map, or so I’ve discovered. This often ended in me running around for 20 minutes trying to find a door or elevator. My bad. Maybe.

I often found myself scrolling through my phone when I should be playing. Maybe because I’d just sort of lost interest in what I was doing during some loading. The combat and the exploration have been frustrating me too. Is it just me? So much of the game contains the kind of stuff I really like and usually keeps me hooked. Why it hasn’t clicked, I’m not sure.

I got a hold of friend who I’d discovered was also reviewing the game for another outlet to find out if they’d had the same issues. The answer was a very hard NOPE. He told me it’s maybe one of his favourite Remedy games ever. He banged a full playthrough out in 3 days. Here was me, 3-4 days in. I still felt like I was waiting for everything to get going.

So, I’m genuinely intrigued to find out which one of us is more inline with the rest of the critics out there. Will I be shocked to find out that everyone else is struggling like me? Am I the odd one out?

A game like this evolves as more abilities and weapons become available. So despite already knowing I didn’t quite gel with the first few hours, I know things can swing hard. What I will say is that I’m still liking a lot about CONTROL. Especially when it comes to the cool idea behind the setting, and don’t get me started on the drop-dead gorgeous visuals.

So I haven’t lost hope yet, maybe just because it’s Remedy. I’m forging ahead in the absolute hope that at some point soon, everything is just going to click. It’s happened to me before.

So, is it just me? I’ll know soon enough, and I wonder how I’ll feel once it’s all said and done. Our full review will be up soon.