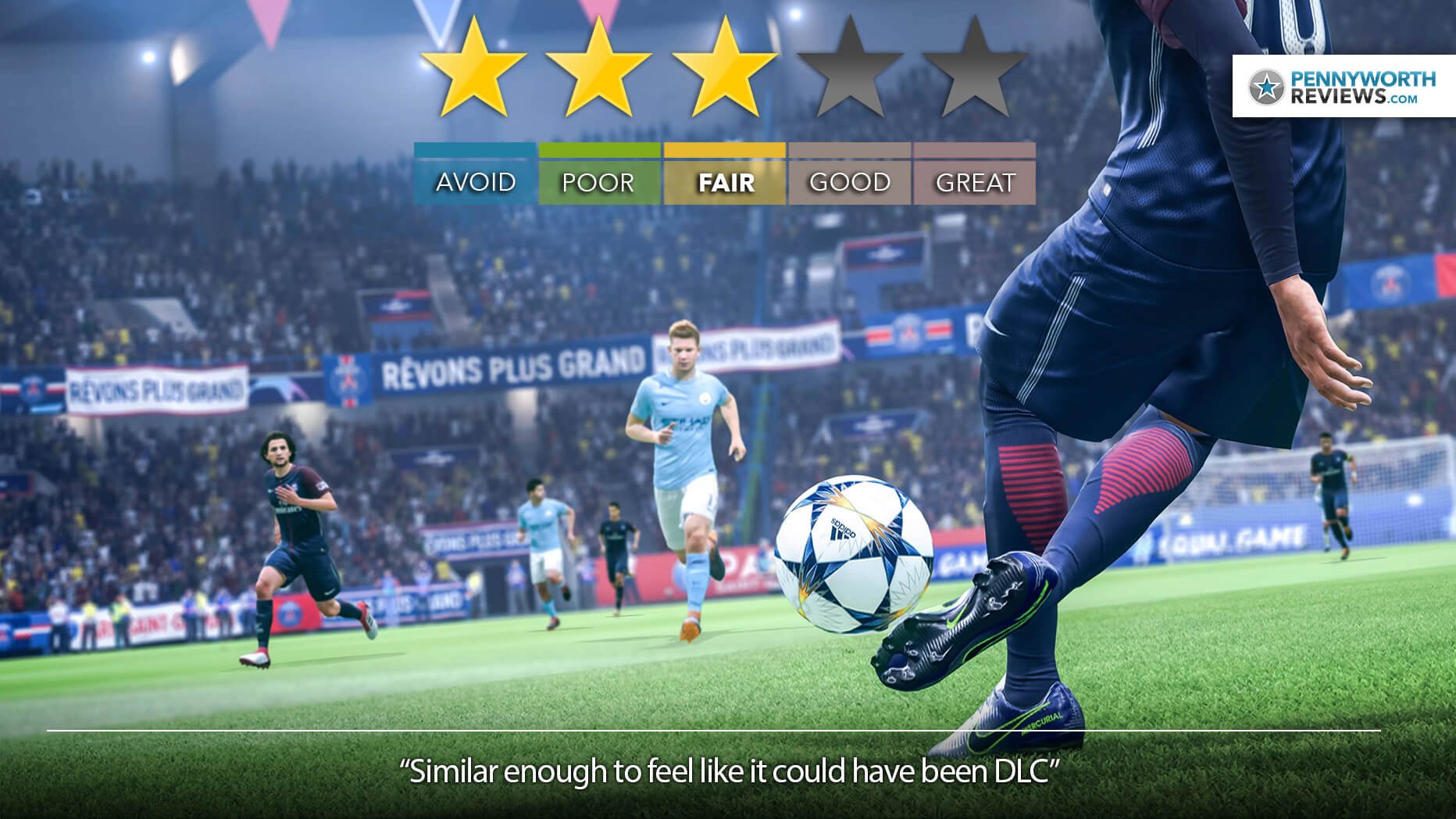 Similar enough to feel like it could have been DLC

What is it? FIFA 19 is the annual football game release from EA. The game is a vast juggernaut of licensed players, teams and competitions, with every detail of the game captured very well, including a lengthy single player story campaign.  – Reviewed on Xbox One. Also available on PS4 and PC

Pros: More licensed players, teams, competitions and stadiums than any other football game

Verdict: Still a great game, but very little reason to get it over the previous version

FIFA 19 continues The Journey of Alex Hunter, the fictional career of a young star player in his third season as a pro in the sport, and the campaign has been fleshed out significantly with his sister Kim and best friend Danny featuring more prominently. The big money maker for EA is still FIFA Ultimate Team, the online career portion of the game, where players can be bought and traded with real world currency, and where star players are gambled for with FIFA’s equivalent of loot boxes.

Nothing about the FIFA 19 feels wrong at all. This is as close as a football game can get other than playing it outside, with  all the passes, tackles, shots and saves feeling so good that when an opponent scores a goal I can only blame myself. The single player modes vary from one player all the way to managing a whole team, and I even created a custom player, trained him up to be the best and then retired him while at the top of his game. I then made him the manager of a lower tier team and started all over again as a manager.

So as I keep repeating, nothing really feels wrong in FIFA 19, but there-in lies my problem. FIFA 18 also had nothing wrong with it. In the same way that the World Cup was a free DLC for FIFA 18, so too the upgraded licenses and improvements could have been paid DLC.