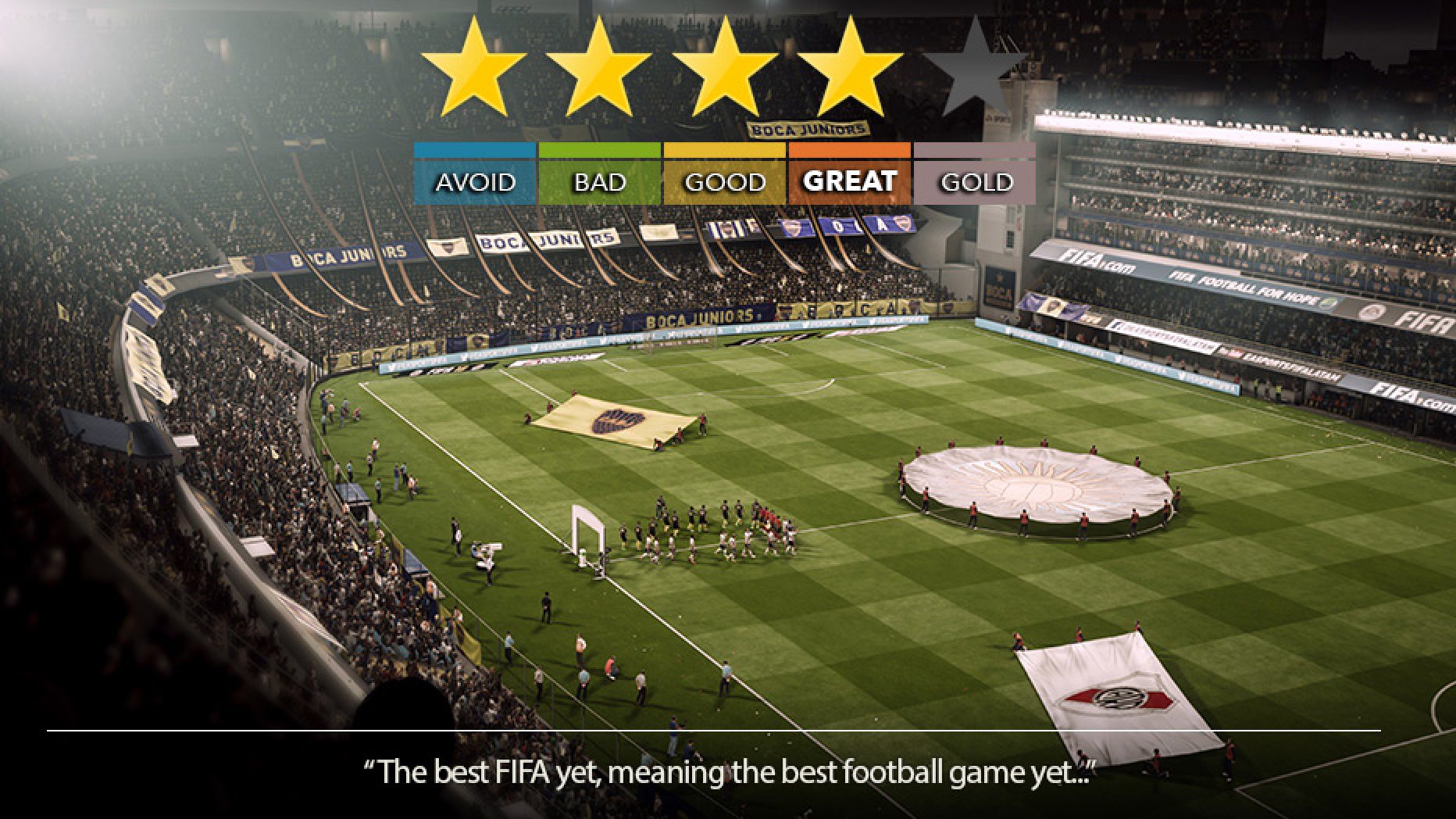 What is it? FIFA 18 is the latest version of the famous football game released annually. Unlike last year’s major new release on a new engine and with a pretty good story mode thrown in for the first time, FIFA 18 is much more of an evolutionary instalment. – Review on Xbox One

Verdict: The best FIFA yet, meaning the best football game yet, but just an evolution of FIFA 17.

The beautiful game really is beautiful. Players look so good I can smell their sweat. The grounds and atmosphere are as immersive as ever, and the commentators do a good job of varying their limited lines.

The controls are easy to pick up and hard to master. Passing is more of an art than a sure thing. Unlike previous versions where the crossbars were a ball magnet, this time around it is penalties creating tension and frustration. I have given away and received more penalties in a week than a year worth of play in FIFA 17.

On the positive side we now have a suggested substitution option during match gameplay, suggesting a replacement for injured or fatigued players. It is so natural that I wonder what took it so long to make an appearance.

The single player story mode, The Journey, is now in its second season. You play Alex Hunter trying to make his name in the international football scene. Great cutscenes between matches pushes the story forward, while your on pitch performance influences some of the behind the scenes stories. The real football stars acting is more than a bit cringe worthy, though.

The single player campaign still exists where your own created character or team can play through a career, retire and become a manager. Quick matches between any of the hundreds of clubs or countries available can be set up with local or online team mates or opponents. You can even find Kaizer Chiefs and Orlando Pirates and have them duke it out. I would love to see more local teams in the roster as the two big clubs have not always performed well enough locally to have them exclusively in the game.

The bulk of your play will most probably be in FIFA Ultimate Team, or FUT if you are cool. This mode lets you start with a fairly random selection of players and you have to build your team from the ground up. You earn coins for your performance, and coins can be spent on purchasing or loaning better players, which will allow better performance and more coins. Team chemistry is also very important to success and will be your biggest headache when setting up your team.

Overall FIFA 18 is still the best football game as far as presentation, player selection and depth is concerned. There are alternatives out there, but with this much football, why would you look elsewhere?