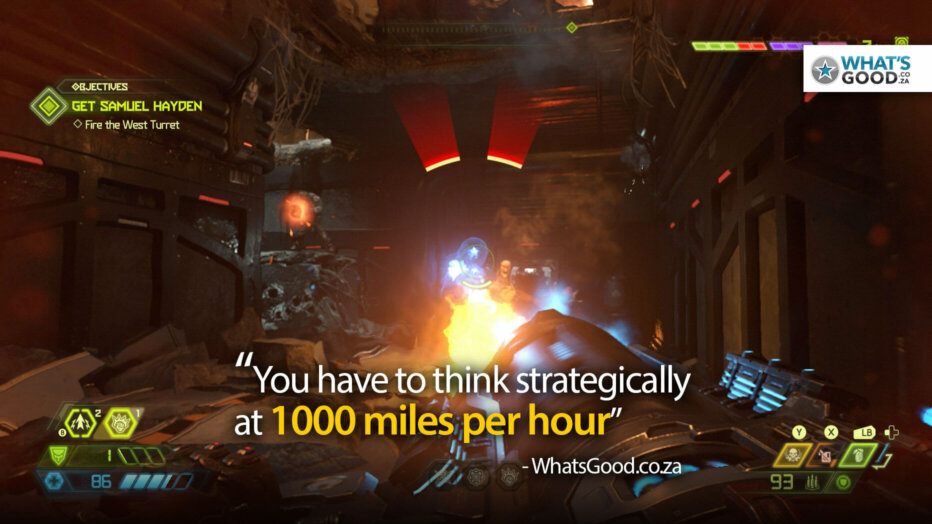 DOOM Eternal is a true evolution, and you have to play it

What is it? DOOM Eternal is the sequel to the much loved Doom (2016) which served as a new-age sort of reboot of the classic first-person Doom shooter series. In this high-speed action shooter, you play as the Slayer, a highly efficient Demon murderer going to different hell-infested areas to blow everything to smithereens. The game has slick visuals and an intensely paced dynamic metal soundtrack.

DOOM Eternal did something that I don’t think a shooter has done to me in decades: It literally gave me an adrenaline rush. Yes a real one, the kind the leaves your heart beating hard in your chest. The high-intensity action in DOOM Eternal combined with the ability systems it has in place and the unbelievable dynamic music from composer Mick Gordon puts DOOM Eternal on a different hellish plain of existence to the last Doom (click here if you want to learn and watch more on the incredible thinking behind the game’s dynamic music).

What makes DOOM Eternal unique and a true evolution of Doom 2016 is that you no longer freestyle through combat, but have to make use of a host of abilities given to you to feed you with what you need. Chainsaw enemies to get ammo, burn them to make them pump out shields, perform Glory Kills to get health. What this means is that every single button, ability and item has a purpose.

Each combat area is almost like a giant puzzle you need to figure out. Yes, it’s still a fast-paced shooter, except now you have to think strategically at 1000 miles per hour.

Some encounters will kick your ass, requiring a few attempts that give you time to put together a route that has items or positioning you need. This combines with deciding which weapons you’re going to use on enemies to do the right kind of damage while restocking health, ammo or armour when the time is right.

Once you find your rhythm there’s nothing quite like it. It’s pretty genius, really. 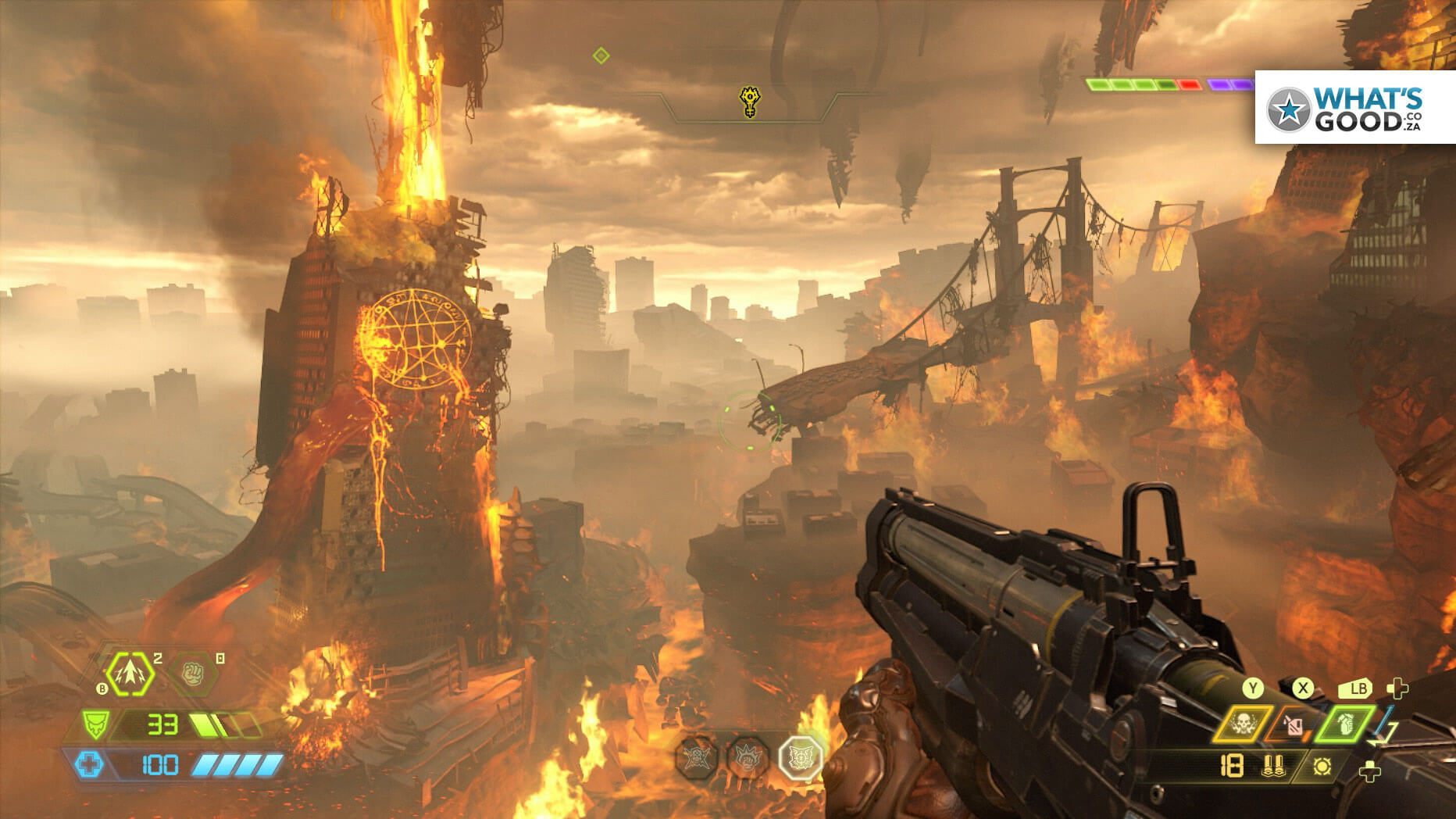 Every weapon and mod has a place where it shines, which means (thanks to the variety and weaknesses of all the different enemies) you are constantly making use of all your weapons and mods instead of just sitting on one or two that you like the most. Ammo is often very limited too, which also encourages you to keep mixing up your use of weapons before you can refill.

You’ll kick things off by using your assault rifle’s sniper mod to disable the weapon on key enemies from a distance. After that you might swap to the plasma rifle to overload another enemy’s shield barrier causing an explosion and weakening a group.

The dynamic music turns the dial from 9/10 to eleventy-five. Things just start going off the rocker.

Chainsaw that smaller enemy you’ve been saving for some extra ammo, then grab your rocket launcher to splash some big damage on the weakened crowd of enemies you also just set fire to, so that they’ll shower you with armour drops.

You’re amazing, you are the King of Death.

Here, just watch this clip from my playthrough:

The game also has incredible movement and platforming. What I like most about that is that action can get intense and over the top, but then move into a more chilled section that lets you figure out how to get from one point to another. The music even dynamically chills out to let you know it’s time to take a breath. It’s very cool. Did I mention that you can do fast dodging and double jumps now? Well you can, and it rocks.

Doom Eternal is tough, even on the normal “Hurt Me Plenty” difficulty. In order to succeed you MUST use the system made available to you. What hurts the game quite a while in (and this has become a controversial topic) is that an enemy gets introduced that seems to really not below in the “flow”that you’ve been operating in so far. It’s less of an issue for some, but it’s worth noting, and a bump that I wasn’t particularly fond of.

Going To Hell In A Hand Basket

Over the nearly 20 hour campaign you unlock and upgrade weapons and modes (there’s a hub world you return to after each map as well), as well as perks or abilities. There are also a bunch of collectibles, soundtracks, upgrades and more to collect on each level as well as optional battles that you get rewarded for beating. The game also includes a fast travel system that shows up near the end of levels, so the game wants you to take your time and clear the levels if you’re up for it.

While the game isn’t 100% perfect, I can tell you that as fact-paced, focused shooters go its not far off. Even on the Xbox One S, the decision was made to prioritise 60 frames per second over everything else and boy did it pay off. Even though the resolution might dip and the detail isn’t as good as on a high-end PC or Xbox One X, its clear that smooth visuals were more important than anything else. With this game specifically, I wouldn’t have it any other way.

DOOM Eternal is a huge achievement in that it took something this insane and somehow made the gameplay incredibly smart. It provides everything you could want from a high-paced over-the-top violent shooter. All chips have been bet on a very specific play-system that requires a certain flow though, so what you gain in rhythm you lose in the ability to freestyle casually. I still highly recommend playing it.

Reviewed on Xbox One. Review based on single-player campaign only.