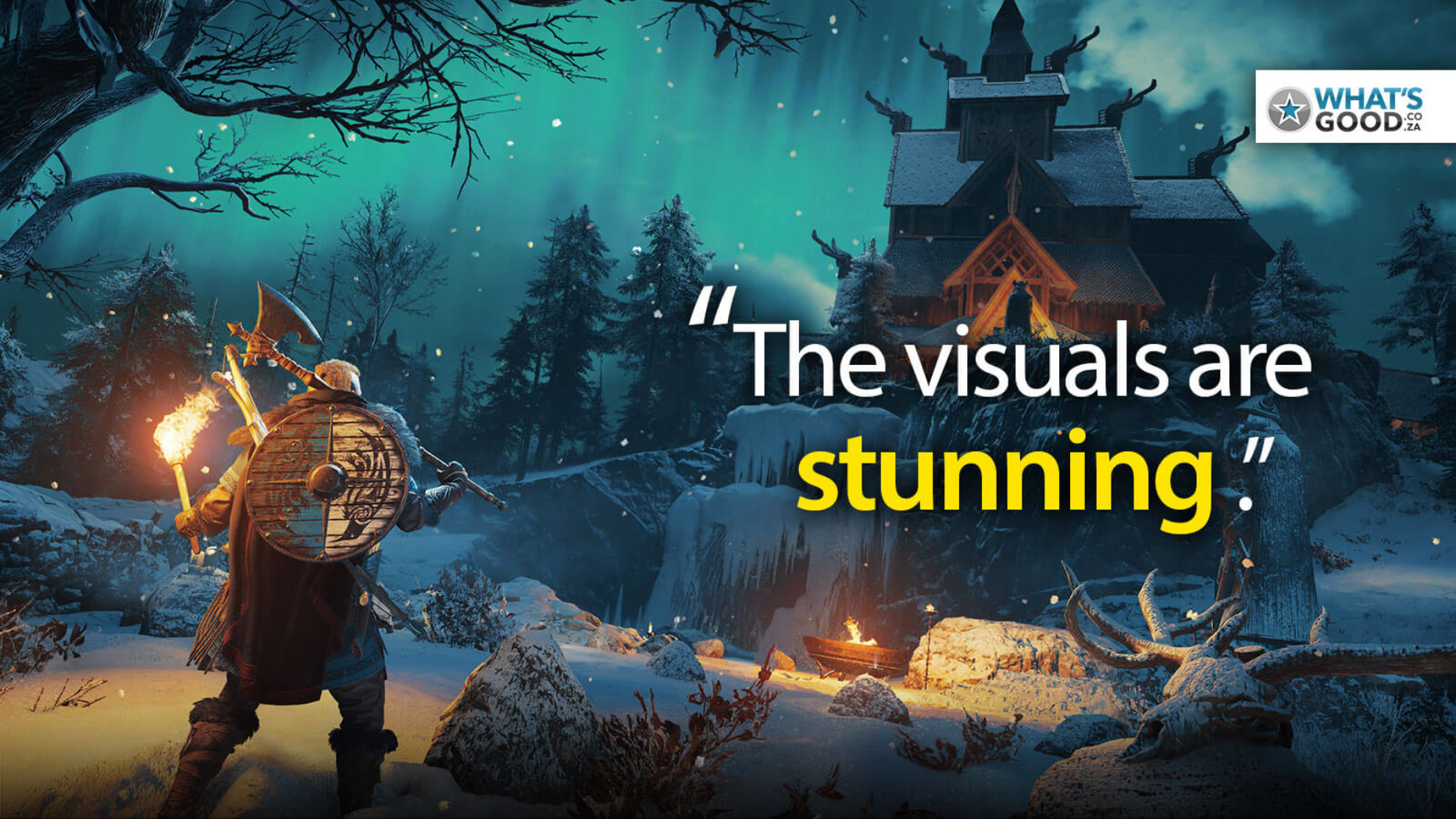 Assassin’s Creed: Valhalla is a different flavour of the same brand, and we like it

Assassin’s Creed: Valhalla notice: THIS IS A REVIEW IN PROGRESS

Already tired of reading? Watch our video instead!

Our Impressions So Far

The reinvention of Assassin’s Creed games as open-world action-adventures was a great move, with Origins and Odyssey already earning praise and dedicated fanbases. Assassin’s Creed: Valhalla doesn’t drastically change what you would expect from another of these Assassin’s Creeds, but a tighter-feeling narrative and some gameplay adjustments go a long way when combined with the world and tales of Vikings which have been all the rage for the past few years.

Valhalla is the story of Eivor, a Viking warrior who you can choose to play as either a man or woman, or both – as you can swap whenever you want. I found that the female Eivor seemed to be the better looking and sounding of the two, but the fact that you can change whenever you want is a great feature for anyone with commitment issues.

Eivor is caught up in a game of thrones that ultimately ends in them and some clansmen seeking new opportunities, and setting sail from the icy waters of Norway to the greener pastures of England. On arriving, Eivor is tasked with getting a settlement up and running, which involves going on plunderous raids that provide the resources needed to build various structures to house your blacksmith, trader, horses and so on. 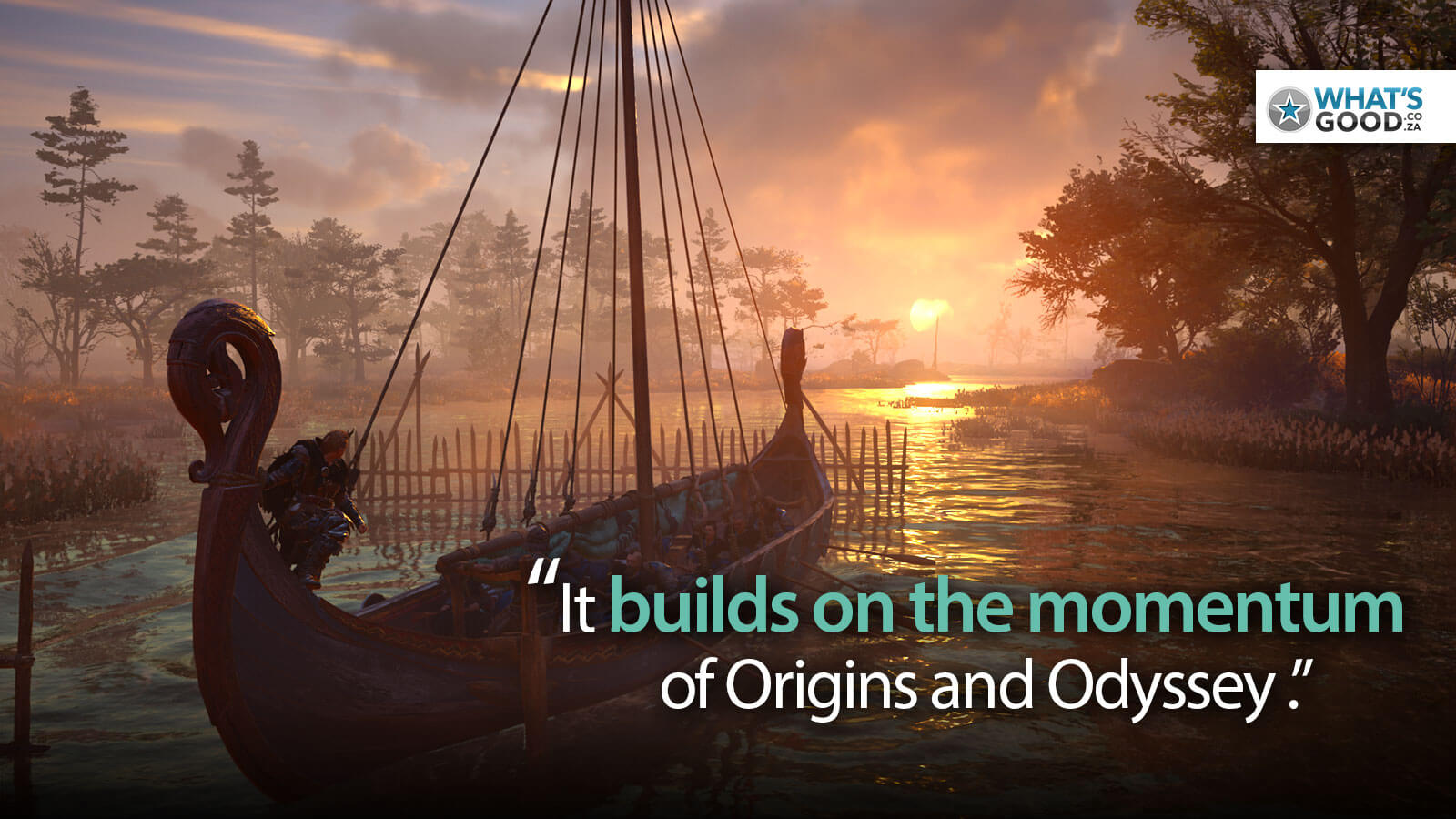 Image captured on Xbox One X.

One of our gripes with Assassin’s Creed: Odyssey is that it was just too big and grindy. Assassin’s Creed: Valhalla is by no means a small game, but the feeling of the story and character development, combined with the structure of missions and world design helped make the experience feel more focused and engaging.

The core gameplay has seen some adjustments that range from stamina bars and the healing system, to creating settlements and forming alliances. Both stealth and combat have undergone some adjustments and feel really great, especially with instant-kill assassinations making a return. If you were a big fan of the naval combat in previous titles, you should know that there’s naval gameplay, but combat itself doesn’t feature prominently the same as it did before.

As has been the case with the past two titles, the visuals in Assassin’s Creed: Valhalla are stunning – especially in 4K/HDR. While the PS5 and Xbox Series versions are set to look even better, this is by no means an end-of-generation slouch. When playing, you definitely get various reminders that you’re playing a quality title that’s had a lot of work poured into its visuals, sound and gameplay.

A blemish on an otherwise great experience is still that of the store and its microtransactions. The game is honestly good enough in its own right to get away with it, but it’s still this reminder that you aren’t just playing a game, but that the game is trying to game you as well. Thankfully, none of it messes with the core experience.

A copy of Assassin’s Creed: Valhalla was provided to us by Ubisoft via Prime Interactive. The game is developed and published by Ubisoft and releases on November 10, 2020.