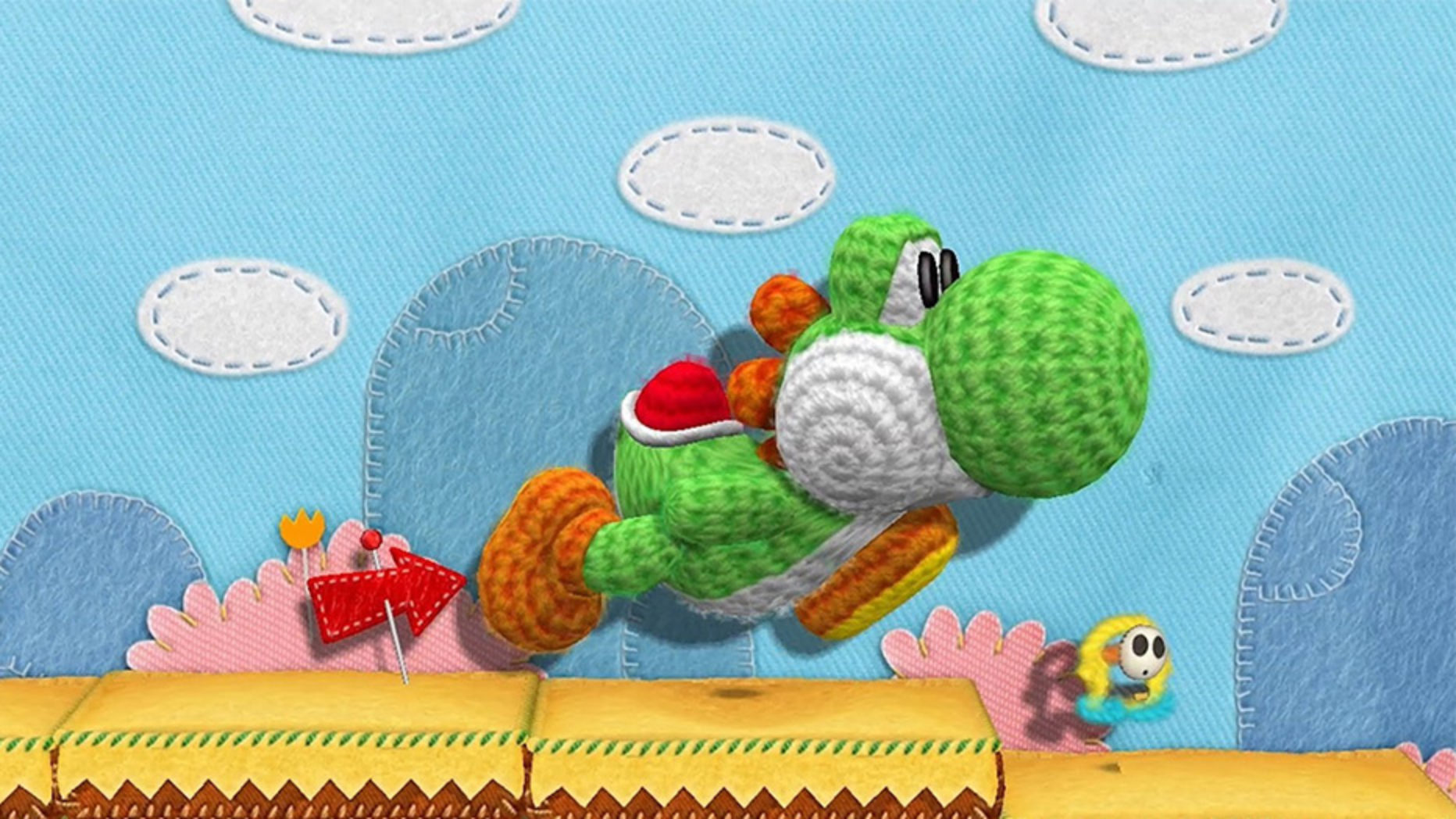 What is it? Yoshi’s Woolly World is a grand new platforming adventure for Mario’s famous “green dinosaur” Yoshi. This game takes place in a world made from wool and textiles – similar in context to Kirby’s Epic Yarn but with a much nicer sheen and presentation.

Yoshi’s Woolly World has an adorably fluffy and vibrant setting that took us by surprise. Everything is knitted from wool (including the Yoshis!) and every level has a unique take on the fabric and sewing theme. The setting creates plenty of creative sequences like levels where Yoshi swings from strings, runs from button-shooting enemies or jumps across clouds made of the fluffiest cushion stuffing you’ll ever find in a video game.

Don’t be fooled though! In true Nintendo platforming style being fluffy and cute doesn’t necessarily make it easy. The later levels can be pretty challenging and some of the secrets are really well hidden. Luckily there’s a “mellow mode” setting which makes it easier for younger or inexperienced players to enjoy this adventure too.

You can also co-op this adventure with another player which always makes a platforming experience a lot more enjoyable. Unfortunately Yoshi’s Woolly World struggles with the camera during co-op and players are knocked off-screen way too easily. Nevertheless it’s well worth getting the second controller out for this game.

Yoshi’s Woolly World also adds some interesting Amiibo support. You can tap almost any existing Amiibo figure on the GamePad to knit a corresponding look-alike Yoshi to play with. Get ready to meet Zelda Yoshi, Mario Yoshi and even Wii Fit Trainer Yoshi!