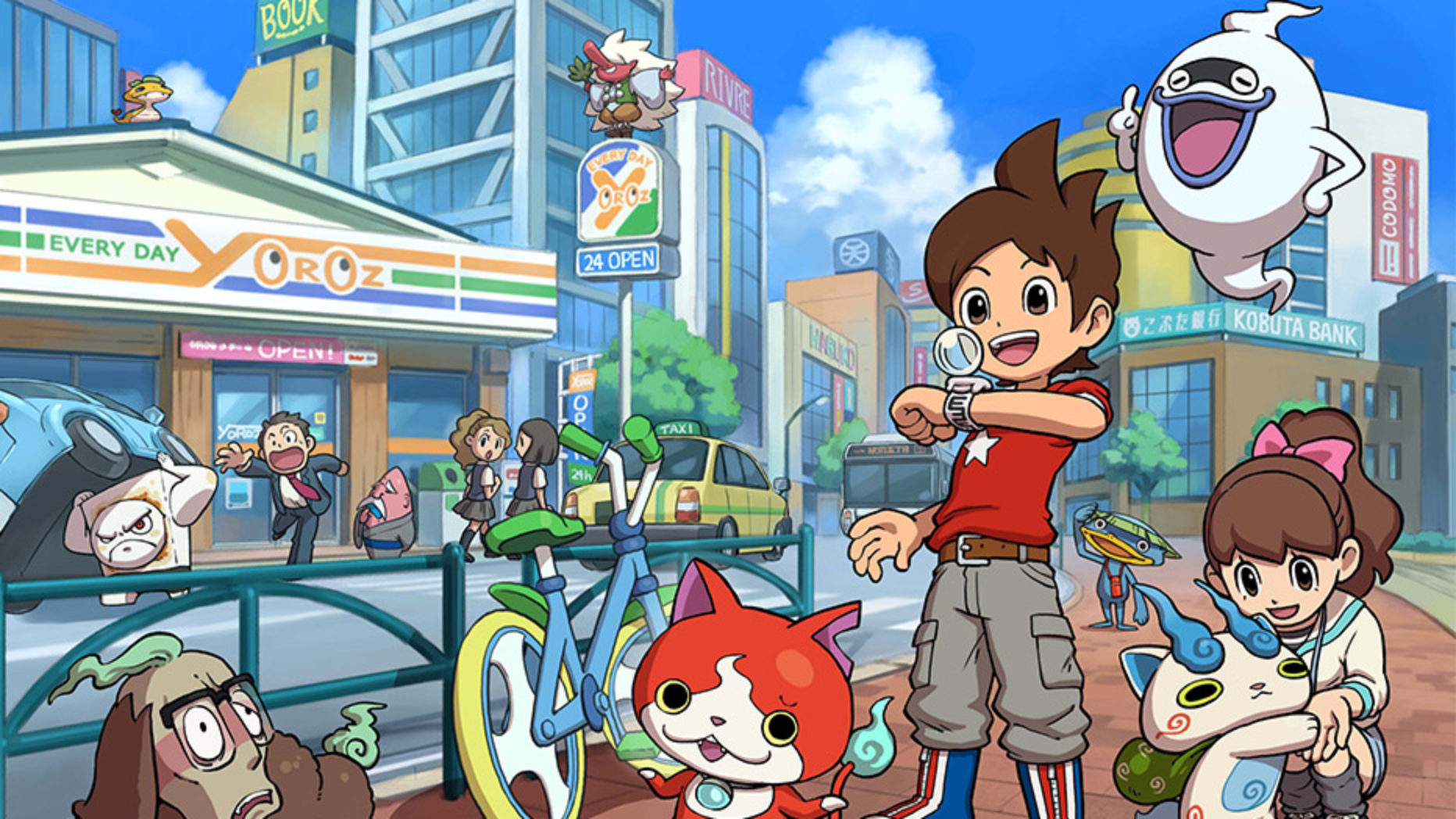 What is it? Yo-Kai Watch is a Japanese RPG in which a young boy receives a Yo-Kai Watch – a device that allows him to see mischievous spirit-demons known as Yo-Kai. It’s up to him to befriend and collect these Yo-Kai in order to confront the other troublemakers in town.

We’ve explored the world of Yo-Kai before and the core concept of catching and collecting digital creatures is a known hit with younger audiences. Yo-Kai watch is perfectly engineered to be a commercial success and it has all the right ingredients.

The game takes place in the Japanese town of Springdale which is surprisingly vibrant and a delight to explore. You can head into the forest and explore the ancient temples, catch fish (and Yo-Kai) in river streams, find trouble in a dark downtown alleys and experience the buzz of a typical Japanese business district. Although side-quests are a bit repetitive it’s the sheer exploration of a new area that makes it exciting to get a new quest started.

The game’s plot follows the same path as the first season of the anime and introduces a memorable cast of characters and monsters. Just like the anime, the game isn’t shy to confront potential child-sensitive issues like divorce or death and brings about a sense of maturity that allows older players to enjoy the plot too.

A major aspect of collection games like Pokémon is the deep battle mechanic. Players love to prove to other players that they have the better monster and it’s this component that’s lacking in Yo-Kai Watch.

Batting other Yo-Kai only requires the players to switch their own Yo-Kai in and out and activate a Yo-Kai’s super move by playing a small mini-game. The Yo-Kai will make their own decisions on who to attack, when to attack and what move they’ll use in battle.

It’s possible to win an entire Yo-Kai battle without even touching the console and it’s this sense of detachment that really limits the potential of battles. It’s a major shortcoming and feels like an afterthought to the overall concept of the game.

Nevertheless Yo-Kai watch remains a fun game and the overall experience is very charming. If you enjoy Anime and Japanese games you’ll definitely enjoy this title!

Verdict: Yo-Kai Watch is a charming RPG with loads of potential. It will be interesting to see how this franchise competes against other popular Japanese games like Pokémon and we’ll be monitoring it closely. While the game is clearly marketed towards younger players you shouldn’t let that deter you – there’s a great adventure in Springdale for all players!