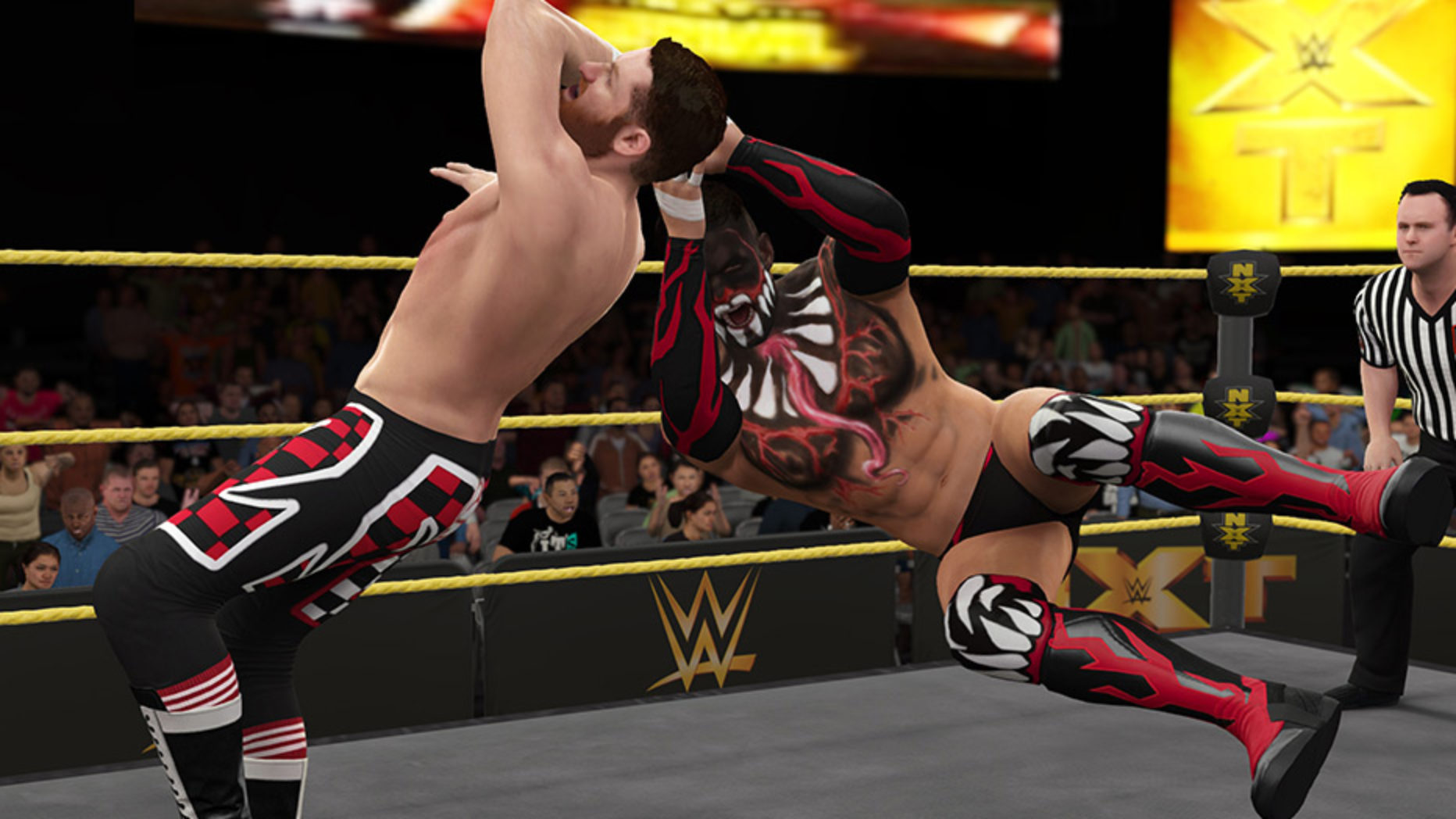 Could be better, could be worse

What is it: A sports/wrestling game based on the still-highly popular WWE Wrestling series that has graced TV screens for decades.

While I spent many a night in my young life nestled in front of the TV cheering on my favourite wrestling Superstars as they put their co-workers through furniture, it dawned on me recently that I am just so very out of touch with where the series went in the last 15 years or so. The truth is that its stronger than ever, highly popular and still filled with colourful “characters” to root for or spit at.

WWE2K16 attempts to bring this magic to your console and controller and does so by offering up a huge amount of wrestlers (roughly 60) to choose from. Much to my delight, it not only has all the new faces, but a large selection of the the classics too, from Randy Orton to Lex Luger! It’s not short on modes and options either, with everything from a career (including an impressively deep character creation system) to selectable favourites like cage matches. The game looks pretty decent too, with the older classic wrestlers not looking nearly as perfect as the newer ones but it must also be said that the standard view of the ring makes it look kinda small and uninteresting.

Where WWE2K16 went a little south for me though is that the gameplay itself just doesn’t feel very natural or intuitive, especially when compared to other franchises like NBA2K16 where your controller feels like an extension of your body. Instead, WWE feels more like an assortment of mini-games combined with some basic combat features that don’t do much on their own to hold up the feeling of excitement that one gets from seeing the action on the TV but rather just feels like you are working the system. Last but certainly not least though is that we experienced terribly bugs during our time with the game, everything from complete freezes on match start-up to tutorials needing to be started over because next steps weren’t being actioned by the game. A blemish on an otherwise decent game for fans.

A little bit of polish and work on the bugs and gameplay could go a long way in future, for now its not terrible and the amount of content definitely isn’t the issue.

We take a look into the latest from the Call of Duty franchise.