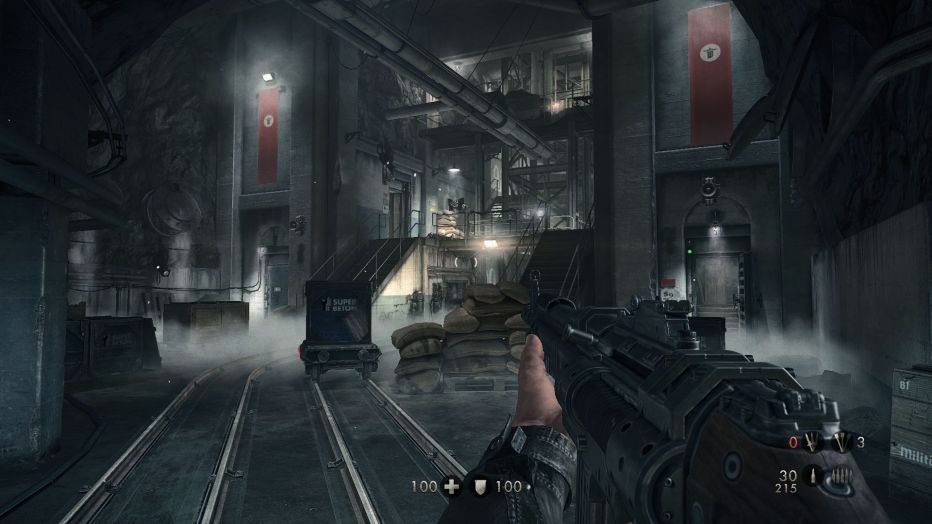 It looks good, plays great and best of all, has bit of everything that makes video games fun… including Nazi mechs

What is it? An action first-person sci-fi shooter set in an alternate reality 1960s where the Nazis won World War II, but face a new resistance led by a soldier who has awoken from an injury to discover that the world has taken a horrible turn.

Wolfenstein returns as an incredibly worthy and enjoyable celebration of what made the original action first-person shooters so much fun to play in the first place. That, combined with all of the wonderful modern advancements in visuals, storytelling and gameplay, means that you are treated to a game that places a rich sense of entertainment value as its top priority.

Whether you’re duel-wielding upgraded shotguns on a train or slitting Nazi throats in a concentration camp the gameplay is visceral and smooth. Perks that naturally unlock by completing objectives that compliment your play style make your advancements fun, but simple to enjoy. Each level is packed with secret goodies, offering extra incentive for exploration or extra play-throughs of the 12-14 hour campaign.

The storytelling deserves a special mention for being way deeper and nuanced than one would expect from the genre and fantastic use of sound/music noticeably compliments the package. There’s no multiplayer, but with a campaign this enjoyable, it’s a welcome trade-off.