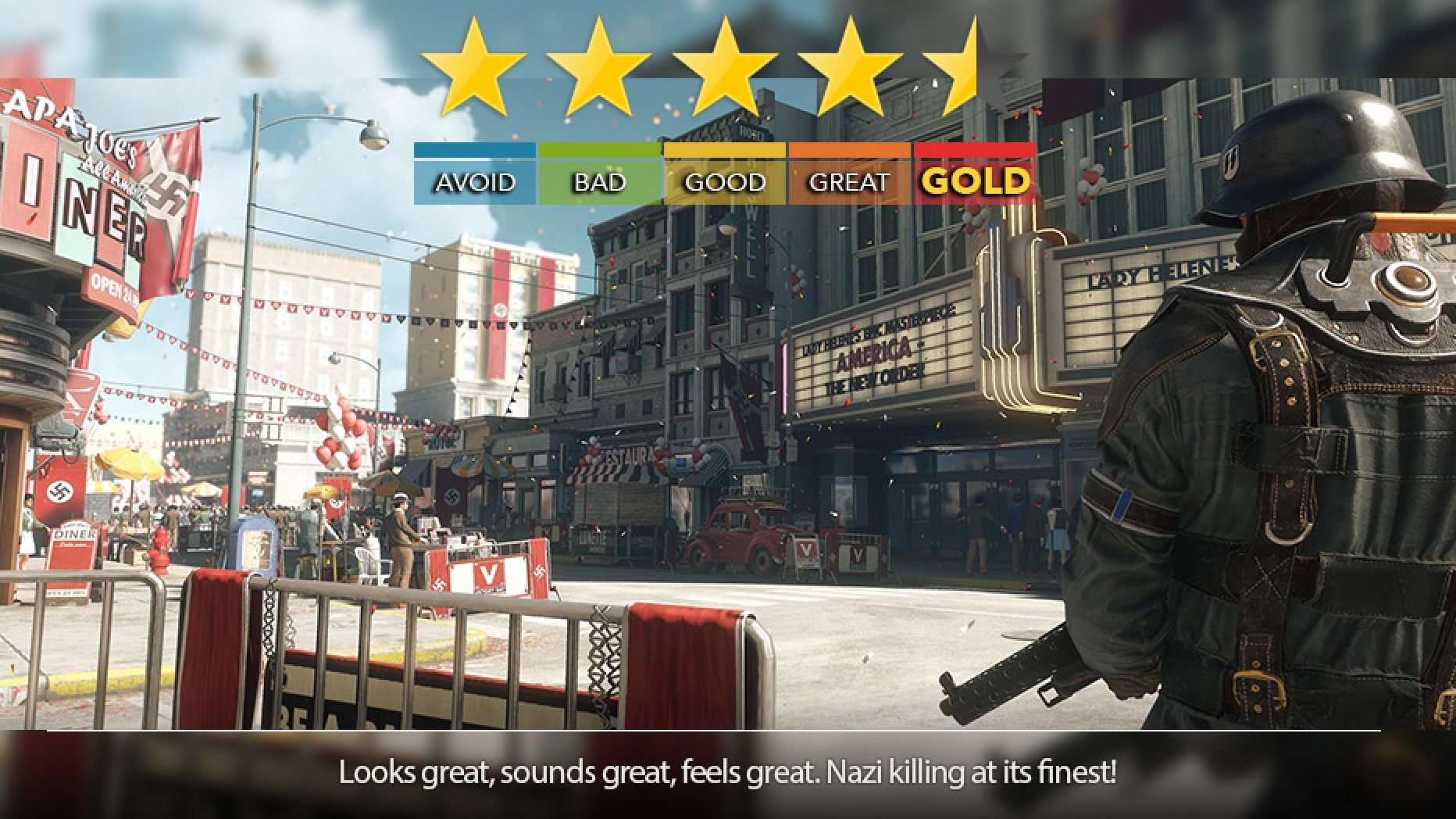 A perfect sequel in many ways. Don’t miss it

What is it? A stylish but insane first-person story-driven single-player shooter which serves as a direct continuation of Wolfenstein: The New Order. The story takes place in an alternate history where the Nazis won World War 2 and a group of freedom fighters are doing everything it takes to take occupied America back from the German invaders. – Reviewed on PS4 and PS4 Pro

I really loved Wolfenstein: The New Order. It managed to take the modern shooter back to its run and gun roots while somehow providing way better storytelling than one would expect, and so it’s a surprise to me that the sequel is just as good, if not better in some departments. Wolfenstein 2 continues on directly after the end of The New Order and the gameplay and visuals are just sublime from one end of the game to the other, effortlessly providing a perfect balance and selection of stealth, tactical and full on run-and-gun options throughout the game. Creative freedom is its bread and butter, along with a great selection of weapons, the ability to duel wield almost all of them in any combination you like and also upgrade them as you go along.

The meaty 15+ hour campaign was surprisingly challenging on normal difficulty but a joy to experience, with a gorgeous headquarters area, a variety of locations, enemies and set-pieces to always keep it fresh; in many ways it reminded me a lot of Half Life 2’s campaign, and that’s saying something. The great storytelling is back too, but this time they haven’t been afraid to dial it up to eleven with some really eccentric characters, and the game constantly finds a way to perfectly balance horrific violence and serious/heartfelt moments with almost cartoon-like scenarios and quirky comedy. It’s quite a feat, although I will admit that some moments work better than others. There are also differences in the story depending on if Wyatt of Fergus was chosen to survive in the first game (you get to make your choice again here) and it even changes one of the weapons made available to you in the game.

On top of all this is a mode that allows you to travel back to areas you’ve already been to hunt down commanders, and it adds some extra content and gameplay to the game along with a bunch of collectable that include concept art, shooting range challenges and more. Wolfenstein 2 looks great, sounds, great and feels great to play, I highly recommend that you get in on the Nazi-killing action as soon as you can.

Note: The game does include a recap of The New Order, along with a choice that alters the story.