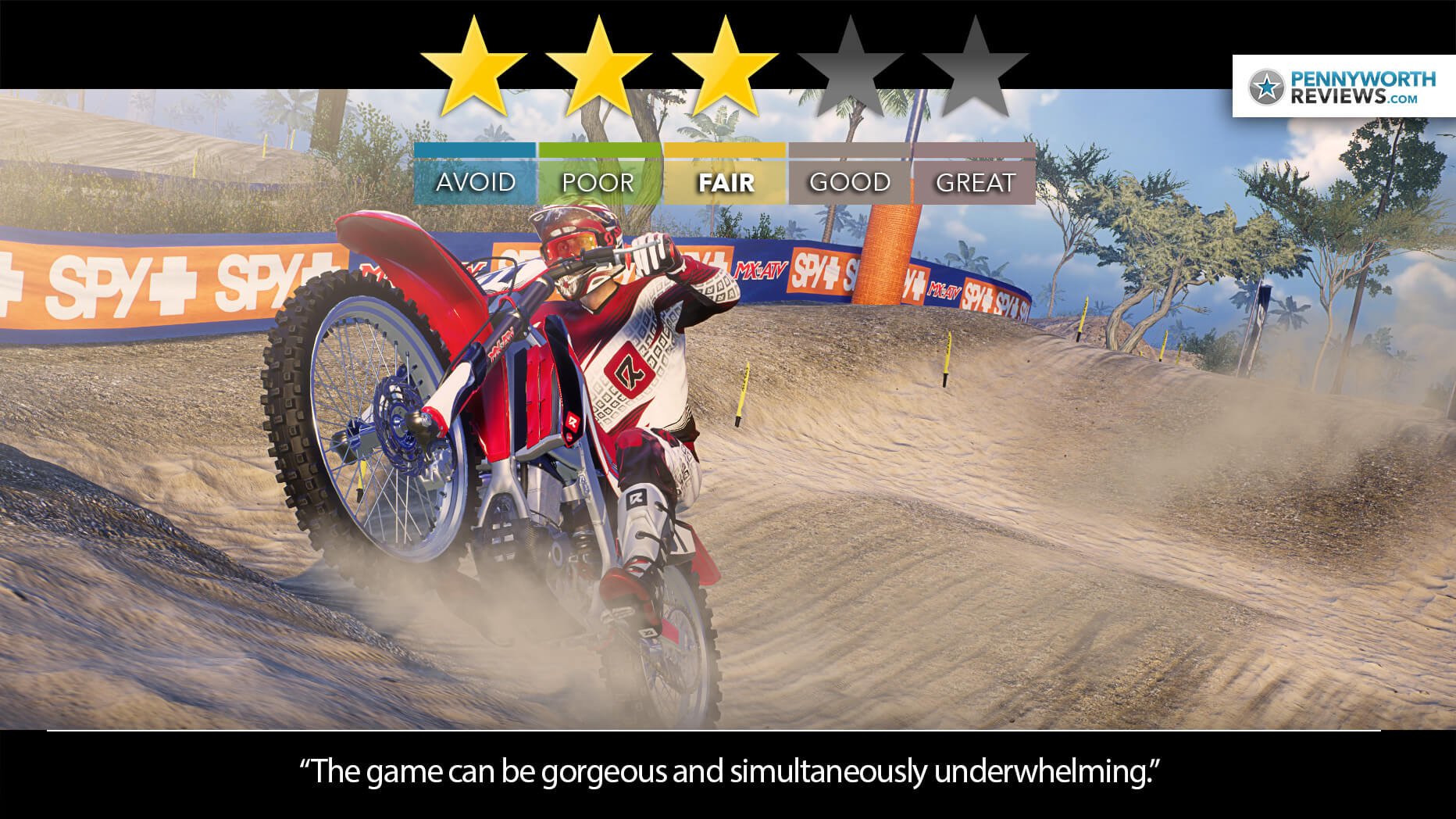 What is it? A realistic motocross and ATV game with a lot to keep you busy.  – Reviewed on Xbox One

Verdict: A fun simulation of dirt bike racing. Oh, and some ATVs.

The MX vs ATV series’ latest instalment does a great job of making you feel like you can go outside, hop on a real bike and survive. However, the developers were careful to state in the opening splash screen that you should not attempt these manoeuvres!

You are dropped straight into an open world farm area where the game teaches you about the different modes available. However, it does feel like the open world is almost a “we can also do that” feature. It did not really add that much to the overall game other than maybe practicing your tricks. The game features motocross bikes of various engine capacities, racing against each other and ATV’s or quads. There are open country racing, closed circuits and stadium super-cross races available. I had the most fun in the super-cross racing where the crowds get involved and your performance needs to be in top shape for you place anywhere near the podium.

Obligatory stunt sessions are also available, but personally I found the whipping enough during super-cross racing and a dedicated stunt mode was hardly ever played. Similarly I tried the ATVs because they were there, but again they added no value for me. Customization is also fully represented with bikes and bikers, while performance customization on the vehicles can make them go faster and higher.

The game can be gorgeous and simultaneously underwhelming. Beautiful stadiums with great tracks are on display. At times it just felt like it needs thicker dust and dirt being kicked up by the bikes, especially around the corners. Even though the bikes creates ruts and deep tracks, it felt like it had nowhere near enough impact on the racing lines or the track conditions.

MX vs ATV is trying to keep its niche market entry relevant by throwing two disciplines together, but in my opinion it could drop the ATVs and the game would be just as good. Dirt bikers can certainly get a good kick out this game, which is better than a real bike’s kick!