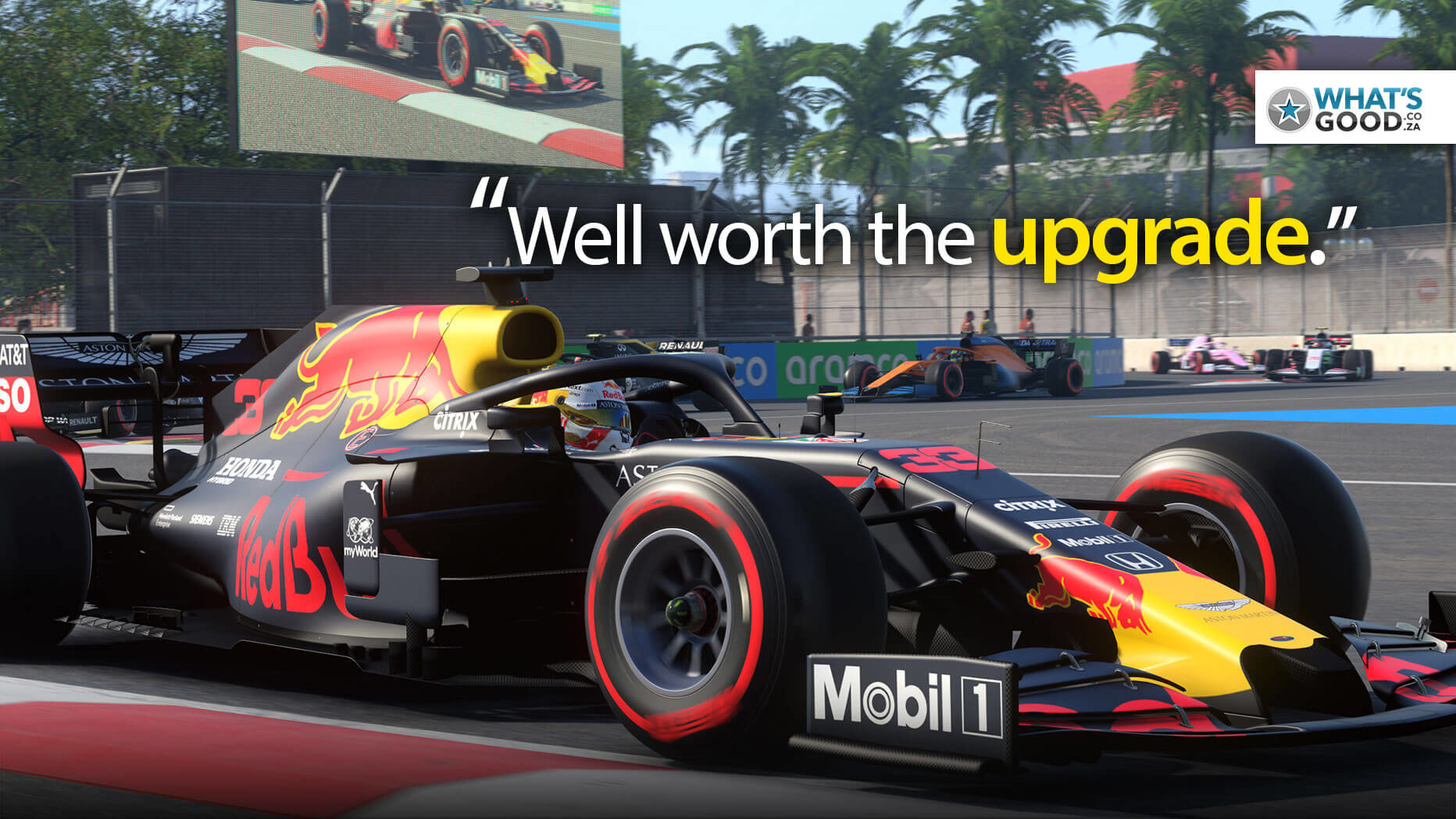 F1 2020 is the next iteration of the annual official F1 video game franchise by Codemasters, and this year delivers more of an experience of what could have been for 2020 rather than what was, thanks to COVID-19. F1 2020’s major feature update is the ability to play a career mode as the owner and driver for an 11th team on the grid, which includes driving, signing drivers, making decisions on upgrades and budget as well as customising the look of your car.

Verdict: While other sports franchises stagnate, the people at Codemasters have managed to improve their offering yet again, with special thanks to new tracks and the excellent and engaging new team manager/driver mode.

Another year, another F1 game is not the case with F1 2020. Sure, they haven’t fixed what wasn’t broken, and due to the nature of sports games it never really hurts to skip a few each time to get a proper upgrade. There’s enough here to tempt you though, and what it’s done is just make a good package even better.

You Weren’t There Man

This year sees the addition of some brand new tracks such as the thrilling Vietnam street circuit and the steep banked corners of Zandvoort, most of which weren’t even raced in 2020 thanks to the pandemic; so for those wanting to get a taste of them, it’s a treat.

One of my personal favourite additions to the career mode is the ability to play a shorter career season, and for someone who has grown tired of always playing the same first tracks at the start of every new game’s season it’s a welcome addition. With regards to the teams though, it’s a bit awkward that Ferrari was programmed to be a top team with a hugely fast engine, which couldn’t be further from the truth this season.

While F2 doesn’t feature in the career mode anymore, the cars from last year are still available (sadly, the hot looking new ones aren’t) and there’s also a decent range of classics to belt around a circuit or do special events in. It’s also the 70th Anniversary of F1 so there are a few bits and bobs attached to that added in, especially if you fork out for the more expensive edition.

I’m Gonna Make You An Offer… I Can’t Afford

The aforementioned team driver-manager mode is the real star of the show though ,and adds a whole layer of goodness to playing a career mode. You get to name a team and pick its colours and design (from limited options), and then make choices such as which driver in your budget to hire, what departments to spend money on and what targets to hit.

It offers a great break between race weekends as well, giving you a much needed breather to poke around and tinker before moving on to the next racing or special event.

I tested the game using both a Thrustmaster T150 wheel as well as just a normal controller, and while wheel setups are fantastic, F1 2020 is still one of the best feeling racers on a controller – especially considering the nature of F1.

Visuals and audio are similar but have seen a few tweaks, which means it’s still a great looking and sounding game. This year is the first year that I’m playing it on PS4 Pro / 4KTV setup with HDR and surround sound and so my hair was being appropriately blown back by how good everything looks – including incredibly detailed driver models.

F1 2020 is a blast once more, and its well worth the upgrade for super-fans. If you just want to casually dip in though and don’t mind too much about the awesome new 11th team mode and new season updates, then you really won’t go wrong grabbing or sticking with F1 2019 for cheap – especially when it’s already on Game Pass too.