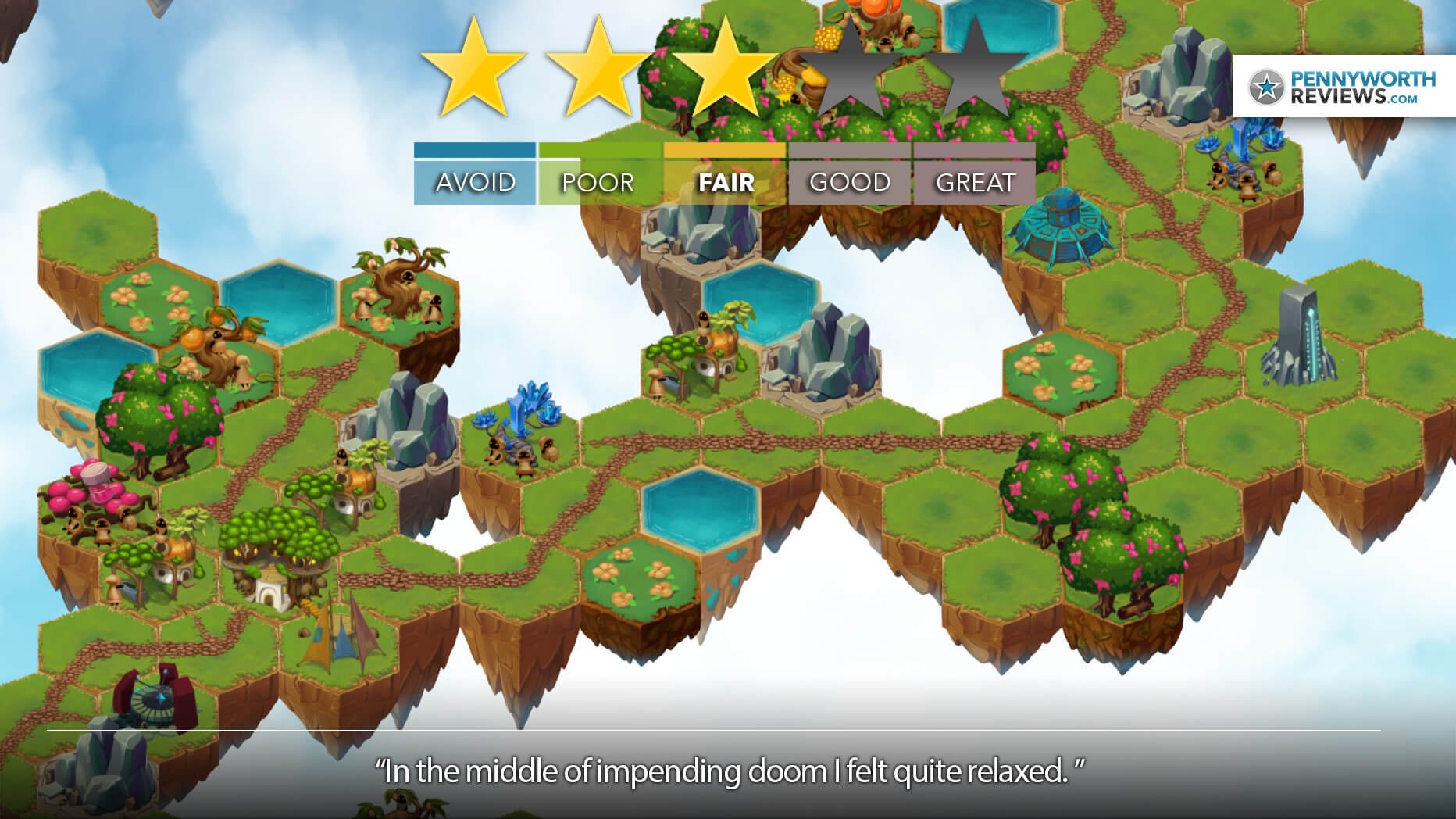 Nothing quite like feeling chilled as everything goes to pot

Summary 3.0 Good
Gameplay 4
Quality 4
Experience 4
Value 3
Summary rating from 1 user's marks. You can set own marks for this article - just click on stars above and press "Accept".
Accept
Summary 3.8 Good

Full Disclosure: The owner of Pennyworth Reviews is a personal friend of Volantia developers, and so the review was put in the hands of Oltman Botha with a request for only the sort of fair and objective review we provide for any title we review.

What is it? A magical resource management game, with great art and a soothing soundtrack. – Reviewed on Steam

When you look at screenshots of Volantia you will be forgiven for thinking it’s a Civilization clone or maybe even a 4X strategy game. It is, in a sense, not that simple.

Firstly it is set in a magical realm where all the lands have been destroyed and your mission is to put the floating island pieces back together into a sort of new continent. The island building takes some planning to allow you to build roads to new spires and resources that will keep your island afloat.

In order to find more island fragments you go through a typical process of researching new technology and harvesting more of the finite resources on your current island in the sky.

What makes Volantia so interesting and different are the resources and technology themselves. Rather than look to history or conventional tech trees, Volantia created it’s own. Harvesting flowers and berries and dust, and using them in Alchemists and Wells. During all this you need to manage your helpers by giving them homesteads and roads to access their places of work.

I enjoyed Volantia quite a lot. In the middle of impending doom I felt quite relaxed. But even though the story is interesting it lacked a little something that would keep me playing again and again. I played the sandbox mode more often than the normal game mode. With no story or background the game was more of a game and less of a chore.