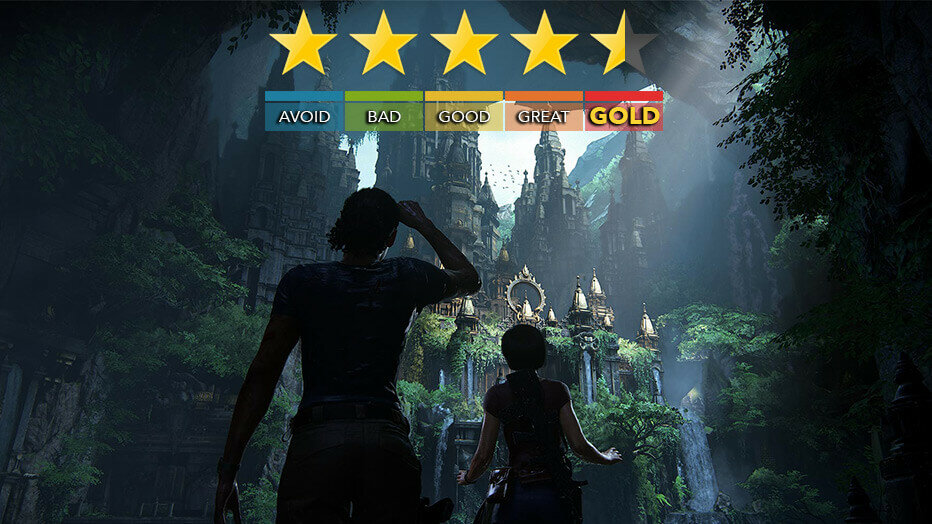 What is it? A lower-priced, 6-10 hour expansion for Uncharted 4 that has Chloe (from Uncharted 2/3) and Nadine (one of the baddies in Uncharted 4) teaming up in India to find the long lost Tusk of Ganesh – Reviewed on PS4

Verdict: It’s a big adventure with a big heart wrapped up into a smaller expansion that is still unmistakably the Uncharted you love.

I have to totally admit that for the first three to four hours playing Uncharted: The Lost Legacy, I was quite disappointed. The reason for this is quite simply that besides getting to really know some new protagonists better, a lot of the game really just felt like “more Uncharted”. It basically felt like it just mirrored a lot of the same experience you got in the open-world Madagascar sections of Uncharted 4, including the driving, swinging, climbing and the quite frankly clumsy/frustrating stealth sections that always just ended up in a messy brawl anyway.

I didn’t really know what to say, as it was more of what I wanted, and it looked incredibly beautiful but I just wasn’t interested in roaming around chasing points on a map with no really magical Naughty Dog moments making any real appearance, with the introduction being the exception – or maybe it’s *because* it started so strong and then just sort of slowed right down, but I’m also not someone that’s big on collectables.

Somewhere around the halfway point of the campaign however, things took quite a turn… and the Uncharted I knew and loved was back, and in some cases – and I can’t really even believe I’m saying this – it provided some of the best Uncharted moments I’ve had the pleasure of experiencing, period. Gone was the light story and the roaming, and instead Uncharted went full Uncharted, complete with jaw-dropping scenes, intense character bonding and development and some really clever and fun puzzles to overcome. From that point forward The Lost Legacy, like its characters, climbs higher and higher and ultimately pushed towards an exhilarating and completely satisfying conclusion that even had a few tricks up its sleeve for increased flavour.

It’s still got some issues that it inherited from Uncharted 4, and ultimately brings nothing new to the table gameplay-wise, but with Naughty Dog’s knack for great character building and big adventure together with and a price that’s two thirds that of a full game (and also includes multiplayer), it comes highly recommended.