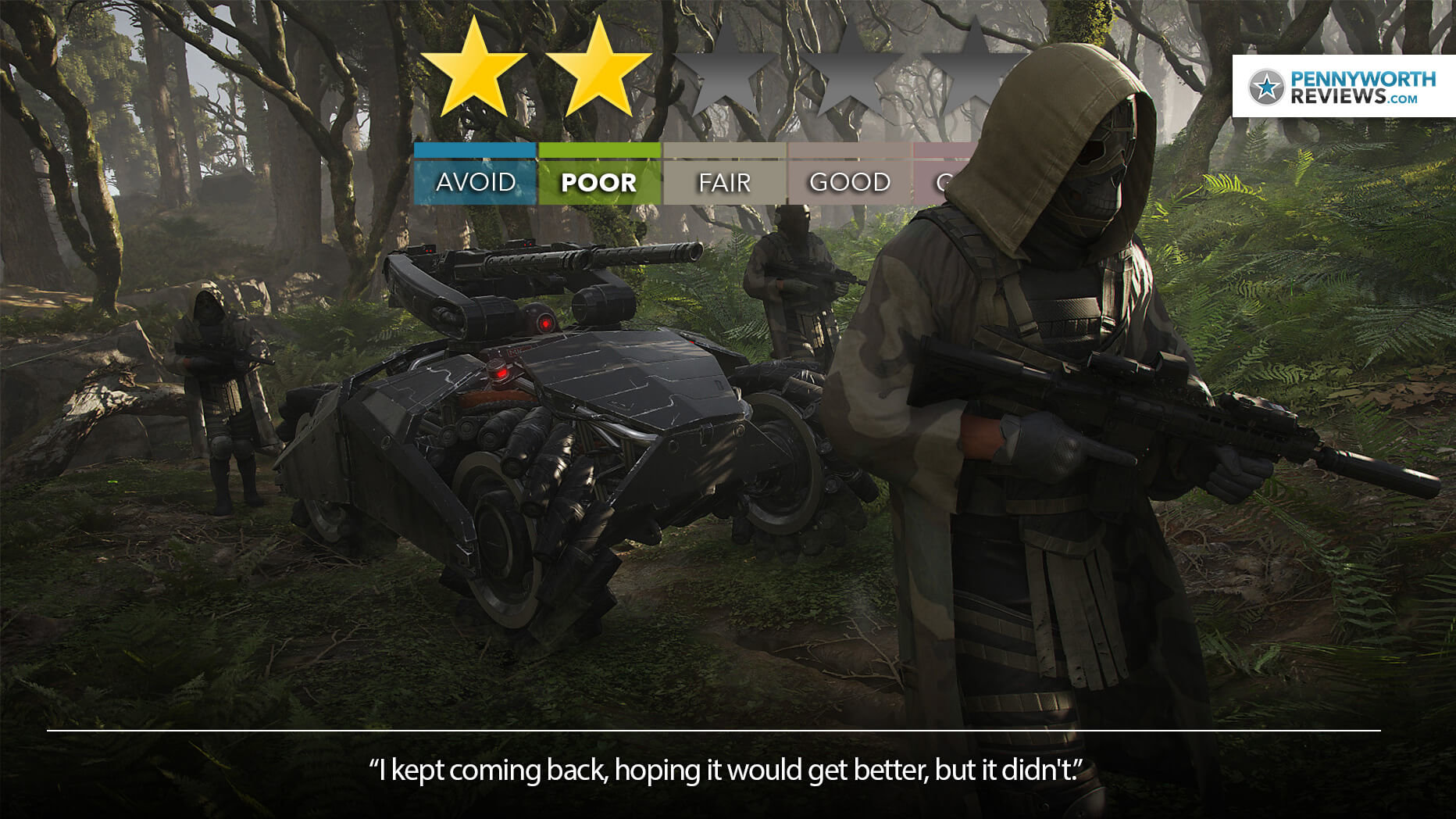 You’ll reach your own breaking point

A high-tech open world, cooperative online adventure shooter with RPG elements thrown in. – Available on PC, Xbox One and PS4

I kept coming back, hoping it would get better, but it didn’t.

Ubisoft seems to only make large open world games these days. Just look at The Division, Ghost Recon, Assassins Creed, Far Cry and even The Crew. The latest Ghost Recon game is yet another open world game which seems to serve no purpose other than to fill a gap in their calendar.

Ghost Recon Breakpoint has officially pushed me to breaking point for open world games. After playing the game for about 2 hours I was already bored. The game tries so hard to be a good game, and sometimes actually succeeds. But those times are so few and far between that I lost interest.

The plot is forgettable. Ubisoft enrolled big name talent to try and save the obviously bad acting, but not even Jon Bernthal could save this story and simply highlights the other bad acting even more.

The map is huge, only to prove they can make big maps. It adds only frustration to the gameplay by forcing me to drive vehicles with horrible controls and physics. At least the open world affords me the choice of playing stealthy or gun-ho. But when I need to execute, the cover and stealth controls made me quit in, you guessed it, frustration.

For a game where I am supposed to be a lone survivor of a helicopter crash, there sure are a lot of other ghosts running around the central multiplayer hub. This hub only exists to show off your customisations and brag about how much money you spent on microtransactions.

And yet again I play a new game riddled with microtransactions. Anything can be bought from weapons to clothing. And this system is made even more complicated with three different currencies. This should not be the new normal.

Playing with a friend or two is where Ghost Recon does its best. The co-op system works great where you can hop in and out of other players’ games with ease. However, I sorely miss my AI squad mates when playing alone.

I realise that making a game of this scope takes effort and a lot of hard work, so I feel I need to give credit where it is due. Thank you to the guys who did the weather for this game! Storms, lightning, wind blowing in the trees, sunlight through the clouds. This game can look amazing at times! And thank you to the gun mechanics engineers. The shooting elements, especially the sniper rifles, are really solid.

I loved the movie Napoleon Dynamite. I told my wife it’s amazing. She watched it with family and hated it. They kept watching, thinking it has to get better than this. And then the movie was finished and they felt they wasted their time.