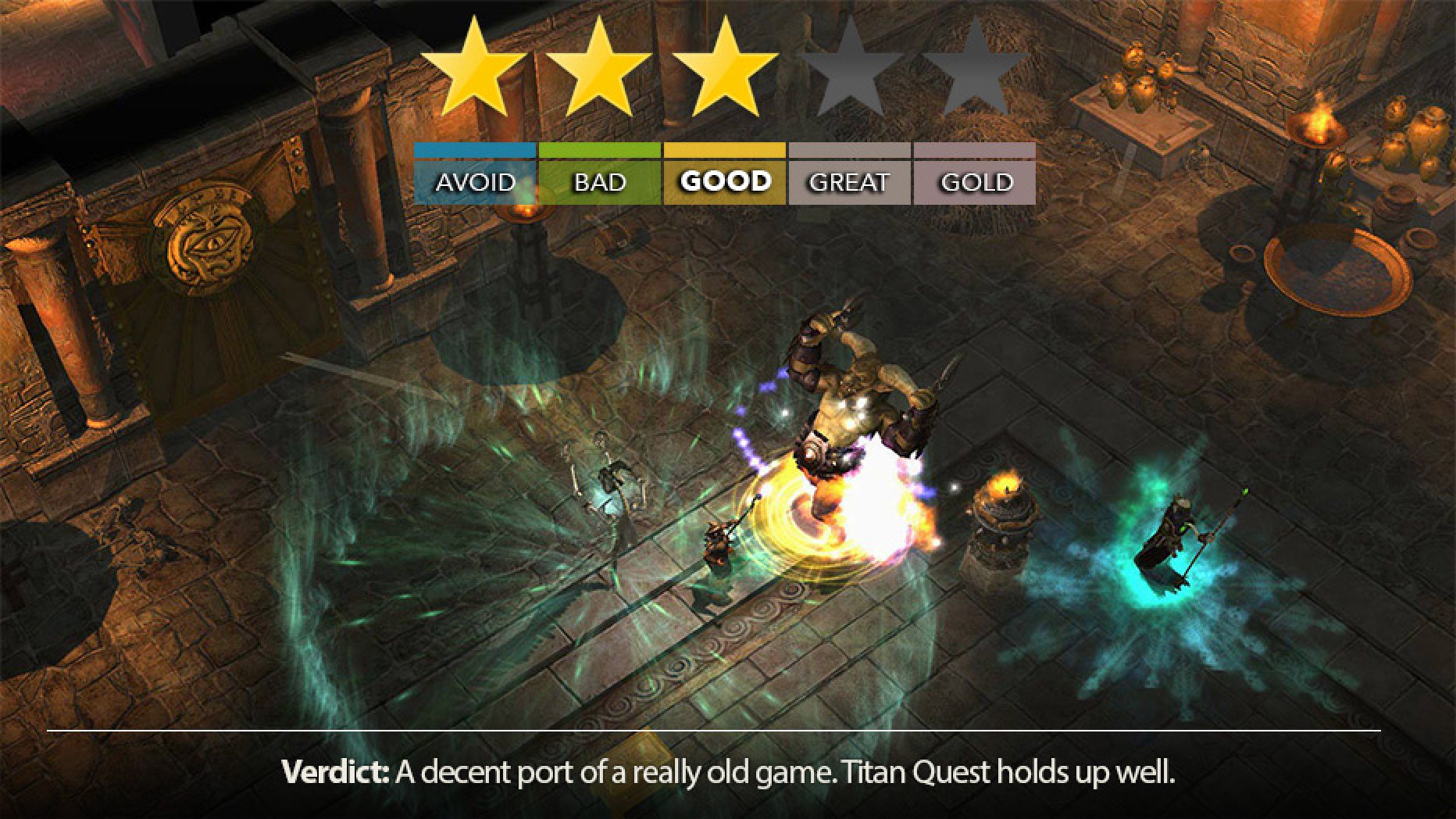 What happens when you re-release a really old PC game for consoles? This

TITAN QUEST Looks As Ancient As Its Setting | Console Review

What is it? Titan Quest is an action RPG set in ancient Greece, moving on to Egyptian and Roman mythologies and beyond. It released on PC ages ago, now making it’s console debut on Xbox One and Playstation 4. – Reviewed on Xbox One

Titan Quest originally released on PC in 2006, and when I booted up the Xbox One version I immediately reminisced about the PC version. Not because it reminded me of the good old days, but because it looks exactly the same. Nothing seems to have changed. This is thus not a remaster, but a re-release.

Being an action RPG you can expect the story in Titan Quest to be there just to tie the different environments together. The real draw is the combat and the resultant loot, of which there is a lot. Combat starts off simply and increases in potential complexity as you unlock skills and traits. Combinations of attacks are interspersed with using your stockpile of healing potions, while moving around enemies for better angles of attack.

Progression with skill trees and weapon upgrades, and even the ability to use multiple classes give some variety to the game play. The game is not easy, and often will require you to skip some enemies only to come back later once you have leveled up, a feat made easier with the in game fast travel system.

The control scheme has been updated to work pretty well with a controller, but some lingering annoyances are still present. You can try to move your character in small steps but he can either sprint of stop. And some graphical issues has crept in since my PC heydays.

Diablo 3 fans will struggle to find value in Titan Quest which feels old in almost all respects, but if you have a thirst to quench then you may find some fun here.