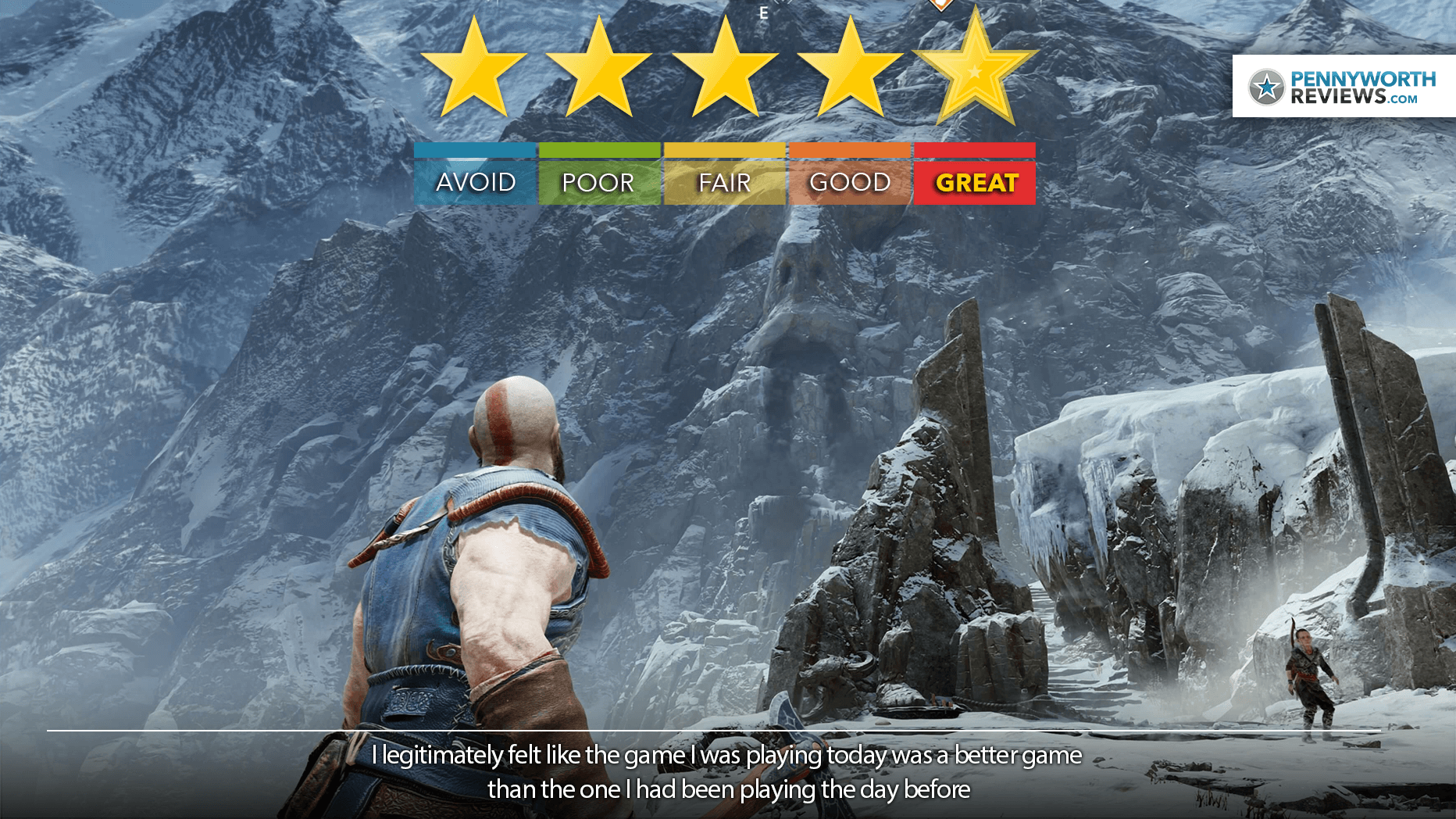 God of War is powerful, fun and just the kind of game you want to buy a Playstation for

What is it? An overhaul of the original God of War action games that were set in Ancient Greece and involved a very pissed off Spartan murderlizing all the Greek gods. In the future, Kratos has moved to another land, settled down (in hiding) and now embarks on a journey with his son to spread the ashes of his recently passed wife. – Reviewed on PS4 and PS4 Pro

Verdict: This Game of the Year contender delivers on all fronts. Don’t miss it.

God of War is back and BOY, has it changed. While the original games were more about big hack and slash murder-action, this new God of War slows things down a little and gives you time to breath while delivering harder, solid combat with incredible character building/banter and story beats. That’s not to say that the epic scale and adventure elements of God of War are gone though, it’s just that they’ve really decided to go hard on the “quality over quantity” concept, and then said screw it and added a whole bunch of quantity anyways. The experience will run you 30-40 hours, and provides quality side-quests and tasks to do in a way that never falls into the neverending-map-marker trap that I’ve grown to despite from open world games these days. It also delivers an open world that is less like a sandbox and more like a large branching tree and perfected such satisfying skill and gameplay progression (along with great loot) that I legitimately felt like the game I was playing today was a better game than the one I had been playing the day before. It’s unbelievably good that way and just kept getting better and better (and better) until its conclusion.

“Check out our spoiler-free gallery of gorgeous gameplay screenshots here by clicking here!”

In my opinion, this God of War is very much the Playstation’s own needed “Legend of Zelda” experience, especially for those that are afraid that Nintendos games aren’t “grown-up” enough and are missing out. In many ways it offers that kind of adventure – but with even more. It’s an immaculate game from start to finish, with great care put into every aspect of it. The combat is engaging and fun, the character development is deep and the visuals… oh man the visuals, from art to raw graphics each location will literally stun you. Not only that, but it’s actually done a great job of subtlety including a host of elements from the original games, even down to tiny red sparks coming off of chest you open in a way that will remind you of the orbs of the older games.

God of War is without a doubt one of the best games of the year and even one of the top console games available, period. It’s clear that great care has gone into every single aspect of the game to deliver something truly special. It stands for everything that makes console gaming incredible and just simply shouldn’t be missed.

We dropped some early impressions during our review playthrough, you can check them out in our preview here!