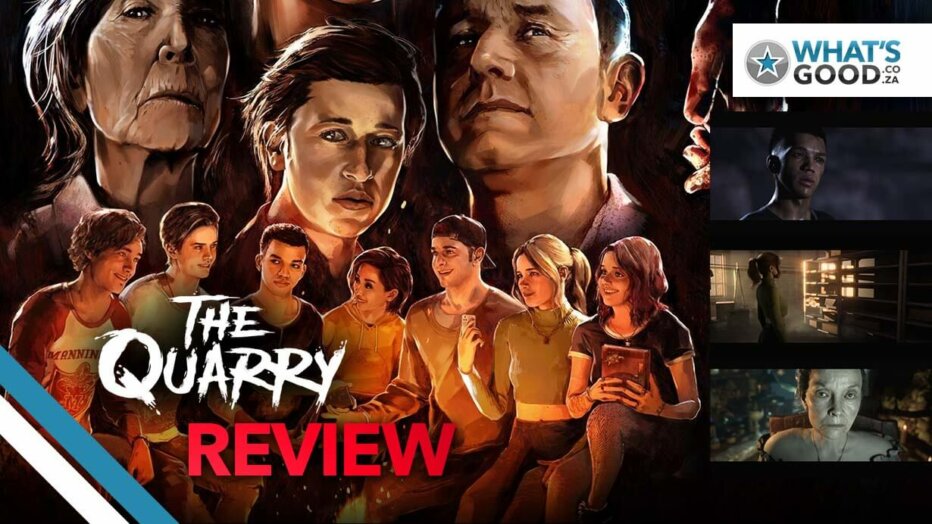 The Quarry is a new Teen Horror by Supermassive Games and spiritual successor to Until Dawn.

Prefer to watch our video review? You can find it at the bottom of the page!

Summer is over, and a group of teen camp counsellors end up needing to spend an extra unplanned night at Hackett ‘s Quarry Summer Camp. Instead of heeding the owner’s warning to stay inside, they decide to have one last night of fun around the campfire. A mystery begins to unfold after they realise that there’s more to Hackett’s Quarry than they originally thought.

What Doesn’t Kill You, Will Only Make You Stronger

The Quarry is less like traditional games and more like an interactive movie, similar to games like Until Dawn, Heavy Rain and even Netflix’s Bandersnatch. You walk around looking for items and clues, make dialogue choices and sometimes have to react to button prompts, all of which work towards which paths you chose, who lives, who dies and how the story ultimately ends.

An awesome supernatural mystery unfolds over the course of the game’s 10ish hours, allowing for a range of endings. Additional modes allow for not just single player, but couch co-op, online multiplayer and even movie modes that allow you to watch the story back with various settings. There’s more gore than actual scares, which might be a relief for those who don’t like their horror too spicy.

With fun writing, excellent character building, and realistic motion capture that sell the great casts’ performances, you soon find yourself attached to the group of headstrong misfits, with a sense of relief after narrow escapes and shock if any meet a gruesome, untimely death.

Some outcomes can feel a little unexpected based on your choices, and it can get a little tough to track the situation with certain characters at times. While these games are still a fun time, there’s no doubt in my mind that with an injection of traditional survival-horror gameplay, these games could be elevated to some of the best in the business.

Verdict: The Quarry is an entertaining teen horror drama with an intriguing mystery to unravel, but might be a hard sell at full price due to its lack of traditional gameplay.