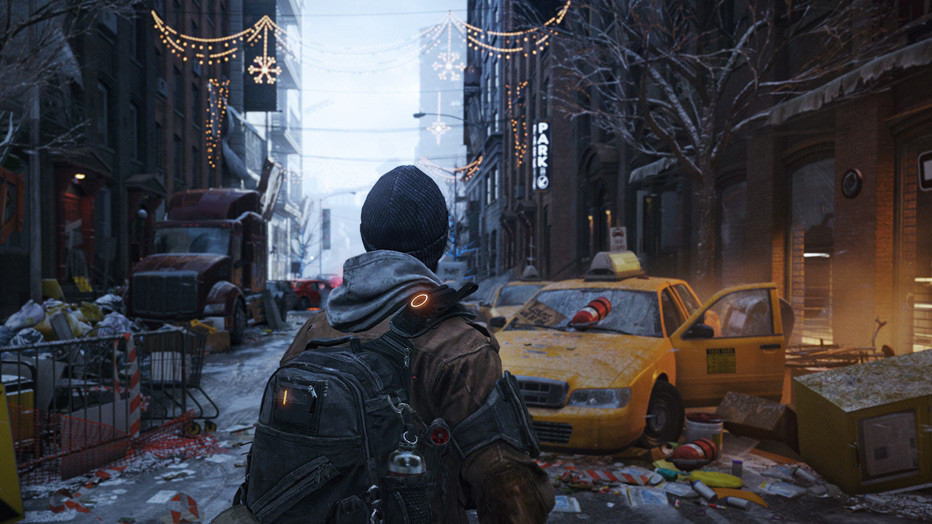 Prepare to lose sleep in the very city that never sleeps

What is it? The Division is a third-person open-world, squad-based tactical shooter that mimics and in many ways actually is an MMORPG (Massively Multiplayer Online Role Playing Game).

The Division while also available on PC is the MMO that console players have been looking for. Best when played with friends but pretty decent when alone; The Division has you roaming around New York in a near future scenario where a smallpox pandemic broke out on Black Friday, leading to deaths, panic and the quarantining of the entire city. You are a part of group of special agents known as The Division who are called in to assist the Joint Task Force in restoring and reclaiming New York city. It looks phenomenal on the Xbox One and PS4 too and barely ever suffers from dips in the 30fps performance, which is impressive for a game that is not only this large but carries an unbelievable level of detail and lighting effects.

The RPG elements of The Division are very clear from the get go, as the shooter mechanics are unlike anything you might be used to from COD or Battlefield, evident from damage numbers coming off of enemies being shot as you pump round after round into them, hoping to deplete their health bars. This means that tactics, teamwork and using your very cool gear is crucial (and not so highly dependant on your individual skill if you are more of a casual gamer); this is no game for heroes, that’s for sure. The game utilises a really great cover (and cover to cover movement) system and the abilities you get access to are incredibly fun and varied, ranging from seeker-bombs and turrets to boosting your squad’s abilities, healing friends or scanning for enemies. If you and your buddies take some time to create a good team dynamic with abilities and strategies that compliment each other, you can really become a well-oiled machine.

The loot system is immensely rewarding too, with a constant stream of goodies to keep you busy, be it cool armour and clothing or a large variety of guns that come with a wealth of mods to tinker with and setup. Depending on how you build up your equipment changes your play style significantly, and I really enjoyed the different experiences that they all offered.

Most of your time is spent running around the insanely beautiful and detailed recreation of New York city during Christmas time, taking on enemies, doing side missions (rescuing hostages, following “echoes” of past events, defending packages and more) and then tackling the challenging and incredibly fun main missions that progress the story and give you the major points you’ll spend building up your HQ’s Security, Technical and Medical wings (which also give you access to awesome equipment and abilities). Inline with many MMOs the game also offers a ton of “end-game” fun to be had, as hitting the level cap and doing all the missions is in a way only the beginning to the larger online experience, but in a way that it’s also ok to stop there if you feel like you’ve had your fill.

When you aren’t running around in the Player vs Environment areas (PvE), you and your buddies can enter the Darkzone, which is a Player vs Player (PvP) section of the city where any loot you find needs to be extracted and you continually have to watch your back for other agents that may go rogue and attempt to kill you for it. It can sometimes prove to be incredibly frustrating as you get mowed down by high level rogue agents and lose all your loot, and the challenge from the AI enemies is tough too, but that sort of fear is necessary to give the Darkzone the harrowing atmosphere that it carries… and it’s great. Making a run with all your loot through areas, being careful, eyeballing people passing by and defending an extraction point as you wait for the helicopter to arrive is thrilling, and responsible for a whole load of “remember that time when” moments to share with your friends.

Due to our review being far from launch, we are also able to report that we are very happy not only with the state and stability of the game, but that the game is very well supported, with patches not only bringing in fixes, but adding new modes and challenges as well, and that’s not even the paid stuff.

Verdict: The Division feels like it should be in everyone’s library, it’s a large, fun and rewarding MMO experience that offers hours and hours of good times, and if you have a solid group of friends to play with, it can become your daily reason to crank up your console.