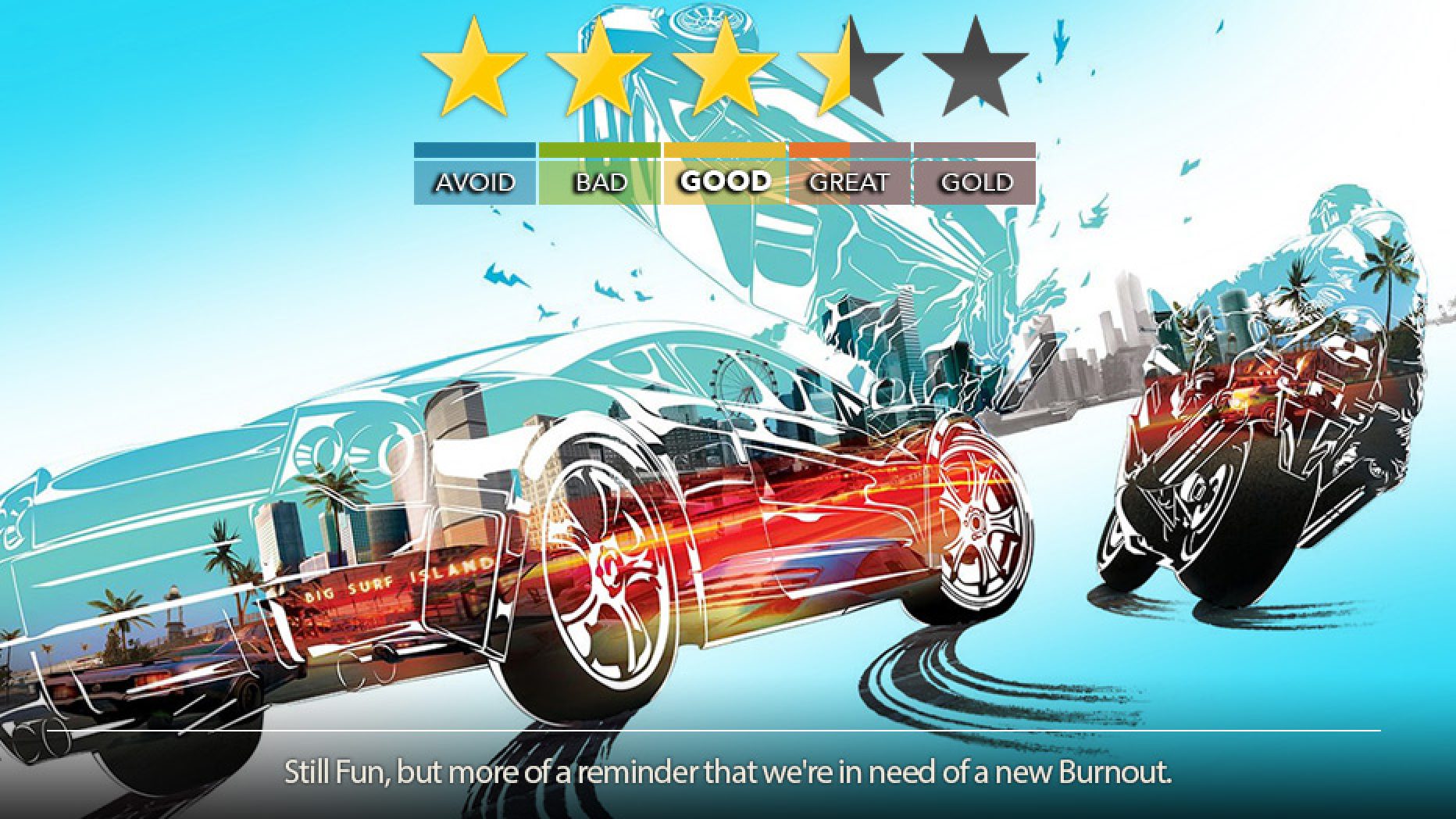 Burnout Paradise hold up pretty well, but is that enough?

What is it? A 4K/60fps Remaster of Burnout Paradise from the last generation, including all the DLC that came with it. Most of your time is spent driving around an open-world taking on races and challenges while also being able to play online with friends or others.  – Reviewed on Playstation 4 Pro

Verdict: Still Fun, but more of a reminder that we’re in need of a new Burnout.

Burnout Paradise was absolutely stunning in its day. Not just visually but the races and action were fun, the open-world was a great place to explore and you always felt like there was something fun around the corner. It also came with a great soundtrack and some nifty ideas like having street signs come up and indicate to let you know when you needed to turn.

Nothing’s changed, for better or for worse. This game is still a lot of fun to play, and holds up decently well – especially with its sharper visuals, which if I must be honest, only make the game look as good as my nostalgic memories thought it did originally. That says more about how good it looked back then and I’m sure it looks sweet at 4K but for the most part you won’t really feel like you’re getting a hugely different experience. The game’s online modes all still work completely, so you can still join games, hook-up with friends and cause mayhem. Not only is it all there, but there’s more. I never got to play most of the DLC back then, so the addition of fun new cards to drive (especially one that mimics the Back to the Future DeLoren) and especially the bikes does give you some new things and places to toy with if you didn’t before.

So it’s Burnout Paradise – and that’s cool especially if you’re a huge fan who wants to jump back in. It still does benefit from the fact that there isn’t anything else quite like it available right now – nothing that glorifies speed, smashing and bashing in such a lovely way, anyway. So if you missed it the first time or you’re a fan who just wants it again, it’s worth a look. Remasters are getting a little awkward however, seeing as people like Microsoft are releasing 4K patches for backwards compatible games on Xbox One X now.

Was the remaster made to drive up some interest in Burnout again, and an indication that a new Burnout is going to be announced soon? We will know soon enough.