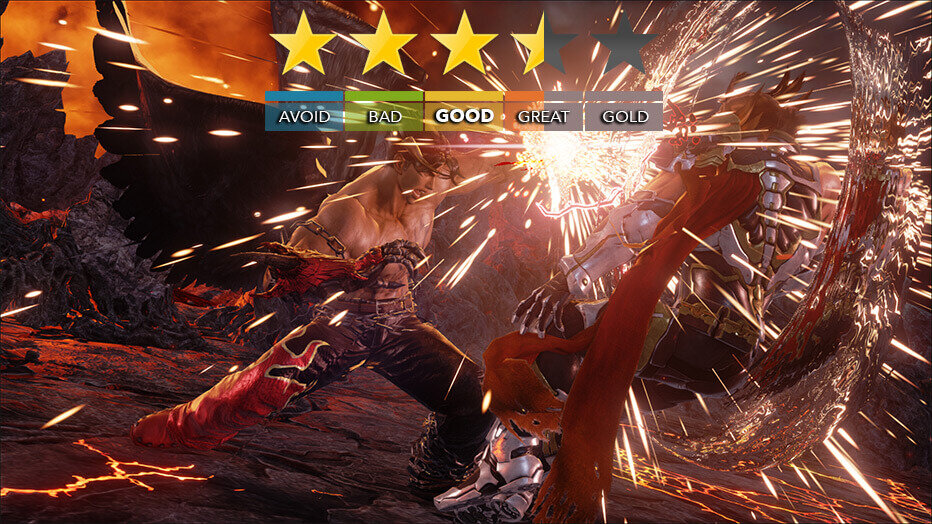 Tekken is back and beautiful, but the gameplay is showing its age

Summary 3.5 Good
Gameplay 5
Quality 4
Experience 4
Value 5
Summary rating from 1 user's marks. You can set own marks for this article - just click on stars above and press "Accept".
Accept
Summary 4.5 Great

What is it? The Tekken fighting game franchise’s first outing on this generation of consoles (and PC). It includes story modes, replayable modes, unlockable items and on/offline multiplayer. – Reviewed on PS4

Verdict: It’s Tekken – While it offers everything a Tekken fan might want, it feels like it needs a bit of an overhaul.

Tekken holds a special place in my heart, as I’ll never forget being astonished by its 3D fighting gameplay in Arcades as a kid, and many Saturdays and evenings were spent at the Pretoria Menlyn Shopping Mall Arcade playing Tekken 2 against the other regulars, in the hopes that this time I would come out on top. I loved Tekken dearly, all the way through to Tekken 3 and Tag, but from that point on I felt things sort of fall flat and eventually lost interest in the series. Despite dabbling in the series here and there, including watching some tournament finals online, it’s clear to me that Tekken just really hasn’t changed much over the last 10 years or so.

The game includes a story mode, but I found the monotonous narration and cutscenes to border on being boring a lot of the time (how many times do I have to see Heihachi throw Kazuya into that damned Volcano), and although the mix-up between normal fights and some fun, strange battles against lots of enemies, it really just doesn’t hold up when launching around the same time as the almighty Injustice 2 – complete with its amazing modes and thrilling story mode. In fact, Injustice 2 hurts Tekken in almost every way by outdoing it in almost every department.

Tekken lets you unlock gimmicky cosmetic items for your own custom characters and has multiplayer modes too, but really at the end of the day the main draw is the solid, albeit overly familiar gameplay that you have always loved. It has, over its 20+ year lifespan managed to rack up one hell of a large and diverse character roster though, including Street Fighter’s Akuma who plays surpringly close to his original controls in SF and yet manages to fit within the Tekken system.

It looks pretty too and the music is pretty great too, but from where I’m sitting if you’re a fan of Tekken and you love the gameplay, this is a great and shiny new game for you to play. If you’re just getting into it or like dabbling with the franchise every now and then, it’s got nothing truly new to offer. Bonus points for allowing you to unlock all previous Tekken’s cinematics. Minus those bonus points for no Lei Wulong at launch (or ever?).