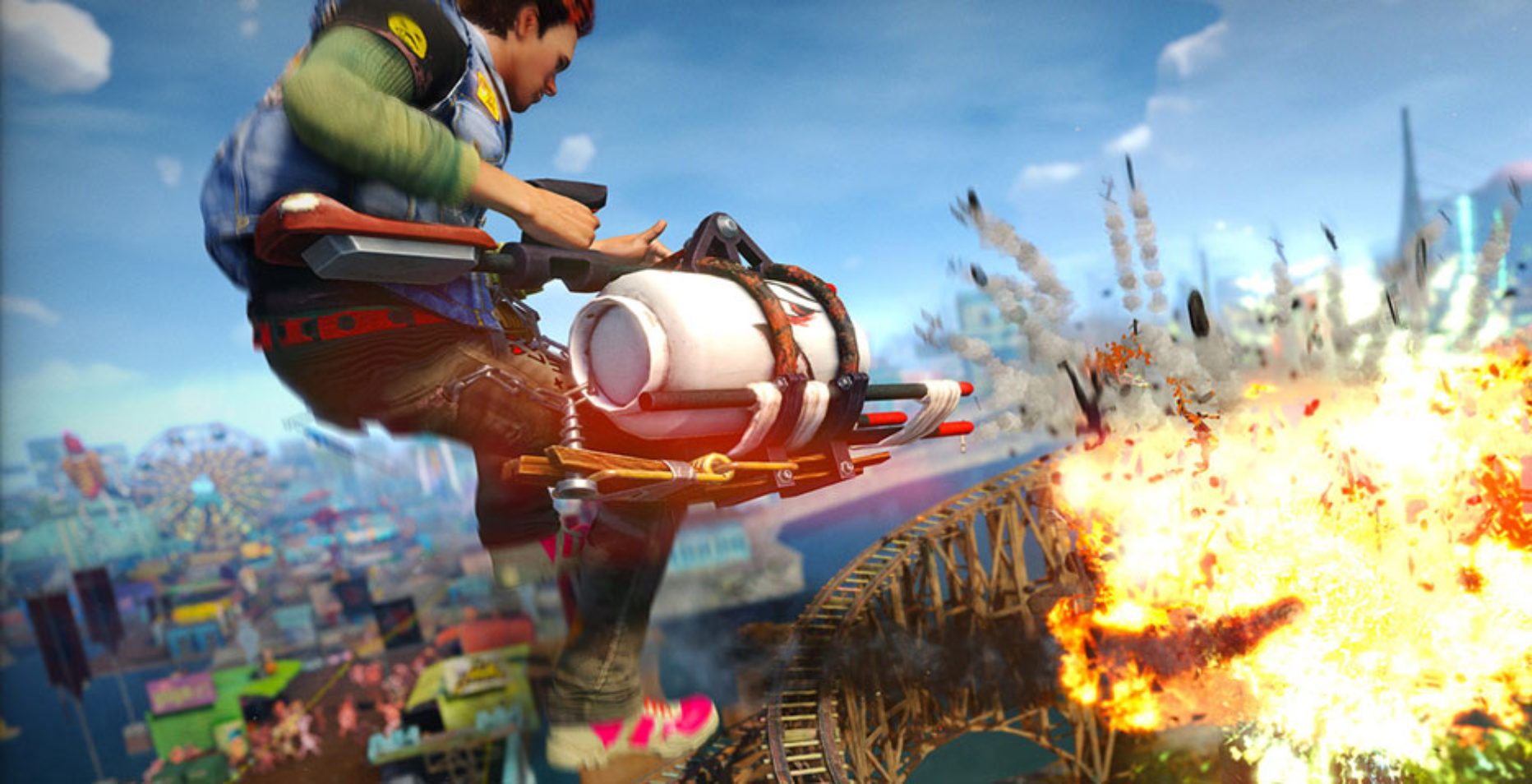 What is it? An insane, self-aware third-person open world action game that has you surviving, no… basking, in the joys of the “Awesomepocalypse”, brought about by a new soft-drink that is turning everyone into mutant monsters.

There is possibly no better way to describe Sunset Overdrive in one sentence than to call it the crazy, drug-fuelled, after-party lovechild of InFamous and well, Tony Hawk’s Pro Skater.

The story is written with complete comedic intent and with colourful characters who, at times are even aware that they’re in a game. Rules are mostly thrown out the window, with players able to create crazy character concoctions and even change them whenever they want. Gameplay revolves around crazy acrobatic moves as well as grinding, car bouncing and more as you blast enemies into oblivion with weapons – like an explosive Teddy Bear launcher or Hairspray Bomb – building up a combo scores, Pro Skater style, to boost your characters crafted amp abilities.

Missions can feel a little shallow and go-here-kill/fetch-this like though, and the overall feel of tricksy gameplay and quirky humour can be a little hit and miss depending on your personal style but co-op multiplayer with friends is a real hoot though and the open-world means there’s plenty to keep you busy.

It’s not quite the crazy Xbox One killer exclusive some might have hoped it would be, but it’s still a good time for those looking for a break from the norm.