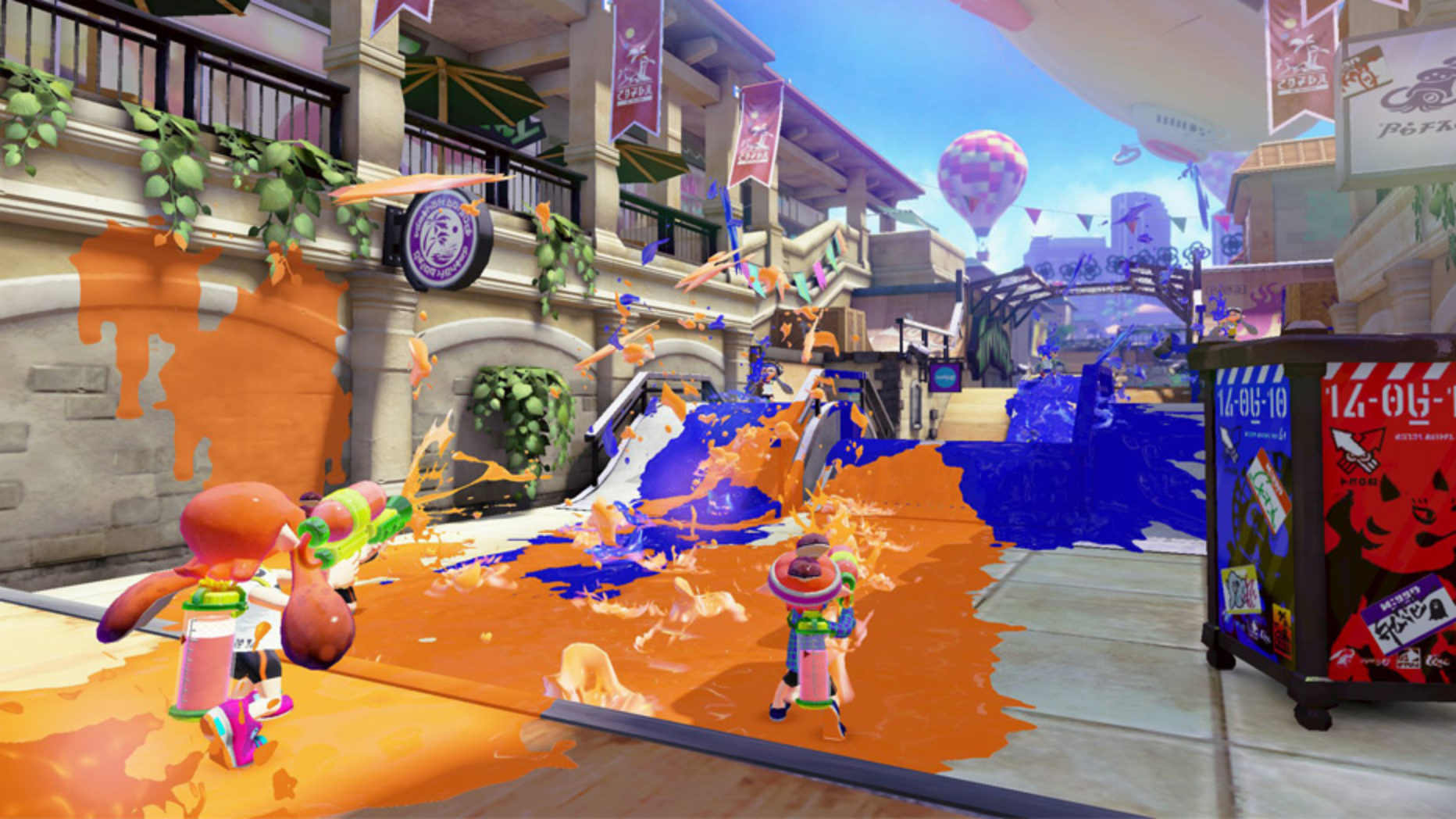 What is it? Splatoon is Nintendo’s fresh take on the online third-person shooter genre and sees players shooting colourful blobs of ink at each other. What set’s splatoon apart is the scoring mechanic – at the end of the match the team with most of the map covered in their team’s ink wins!

Splatoon is a fresh new approach to a tried and tested genre. The idea of using ink as ammunition, scoring system and traversal mechanic introduces a whole variety of new play styles and tactics.

Players can instantly switch to squid mode and swim along their team’s ink and ambush unsuspecting enemies; special weapons such as ink bombs explode dramatically across the battlefield and the last-minute rush to cover the enemy’s ink with your own before the round ends is a thrill on its own.

There’s a whole conglomeration of unique weapons, equipment and upgrades to unlock and it’s easy to customize your loadout to your own taste and preferences. Most of the game revolves around online gameplay and the included singleplayer campaign is a bit of an afterthought. We don’t really mind; it was clear from the start that this game is a multiplayer experience.

This brings up the expected downfall of Splatoon: Nintendo’s lack of experience (understanding?) in online multiplayer games.There’s no way to play custom matches, jump in and out of games or quickly change weapon loadouts during matches. More importantly there’s no way to communicate with your teammates and it’s a bit of a hassle to get a game started. The overhead online experience is archaic compared to what we’ve come to expect from modern online games and is a serious burden on what could have been an excellent game.

Splatoon is a unique and fun game that easily earns its place in the Wii U’s list of top games. However, a couple of patches and DLC can truly unlock this game’s potential and turn it into an all round winner.