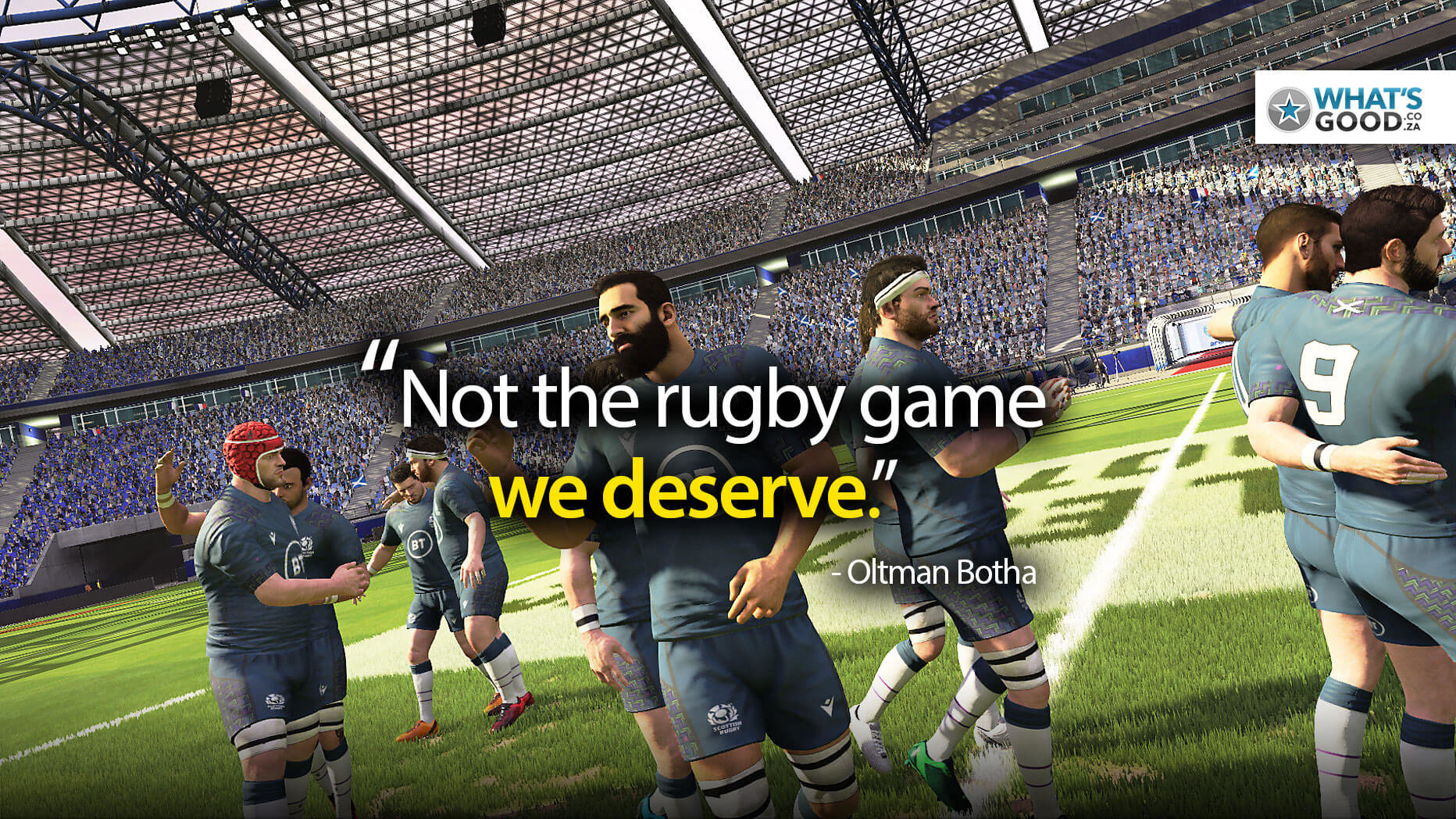 It’s not terrible or great, but it’s all we have

Rugby 20 Xbox One Review – The Scrum of the Earth?

What is it? A decent rugby game.

Pros: Rugby! | Cons: Not the rugby game we deserve.

I have seen and played many rugby games over the years, and only a handful have been good enough to keep me interested in playing more than a single match. Rugby 20 sits right on the line of wanting to play multiple matches. I have to be clear, that Rugby 20 is only a good game because of the lack of any sort of alternative.

Rugby 20 fails to create the flowing, passing rugby that we see in any professional level of the sport. Passing is sluggish and predictable. Even a Madden style play book with set moves cannot save the passing game.

Rucks and mauls feel far more like hard work, which I guess is accurate for the real sport, but is no fun. Turnovers seem very easy to do when you just need to pump more players into the ruck. It also lacks some of the finer nuances of stealing the ball, staying on your feet, and having pillars on the side of the ruck to stop players coming around early.

The game generally lacks polish and even more so, licensed teams. We can play with the Cheetahs and Southern Kings in the Pro 14, but other than that South African rugby fans have not a lot to get excited about.

Yet, somehow, somewhere, there is fun to be had with Rugby 20. I was bemoaning its shortcomings all during my first match. And my second match. And the next 10 matches. Even though the game is far from the best rugby game out there, it is currently the best (and only) option we have.

Verdict: A decent rugby game while we wait for the ultimate simulation of the sport.