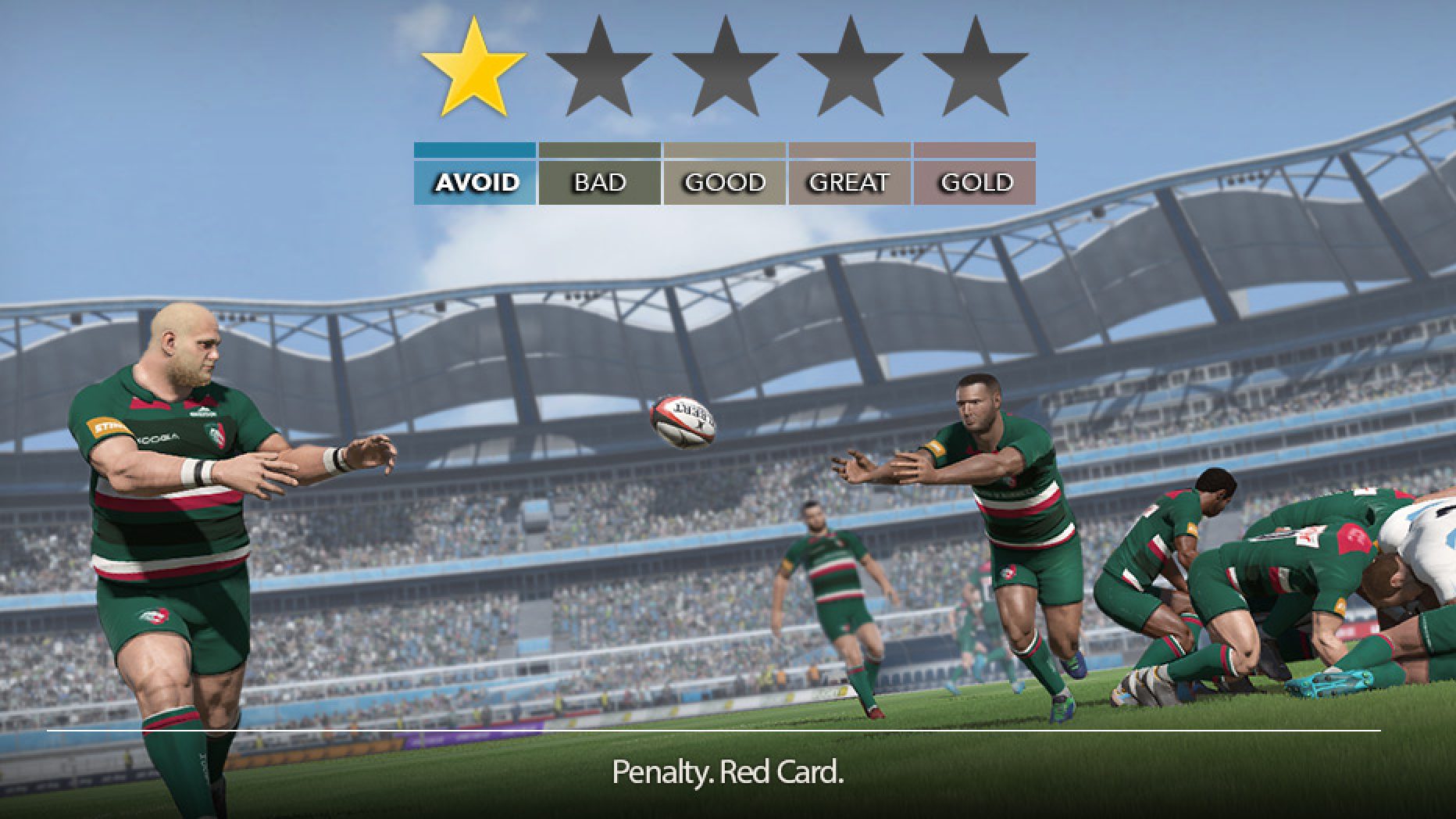 Summary 1.0 Poor
Gameplay 0
Quality 0
Experience 0
Value 0
Summary rating from user's marks. You can set own marks for this article - just click on stars above and press "Accept".
Accept
Summary 0.0 Avoid

What is it? A sports game based on Rugby Union with licensed teams and competitions

Verdict: The rugby game we don’t need, nor deserve.

Gamers and rugby fans have been longing for a decent rugby union game for ages. The intricacies of the hooligan’s game played by gentlemen is incredibly difficult to translate into the digital realm. Many have tried, and many have failed. Rugby 18, unfortunately for those looking forward to it, falls solidly into the “failed” category. – Reviewed on Xbox One

A sports game would appeal to one of two types of people: someone who enjoys watching rugby on TV or in a stadium and wants to recreate that atmosphere while playing the game. The other type of person is someone who actually plays the sport, knows the rules and the nuances of their sport and wants to play it from the comfort of their couch.

Rugby 18 succeeds in neither. The flat presentation, terrible animations, bored commentators and  stop-start gameplay makes for an experience far removed from the flowing rugby seen on television. Gameplay is also far removed from what it is like to actually play rugby. It lacks a sense of physicality and skill. Passes, tackles and kicks are clumsy, and the players are dim-witted.

On the technical side the game falls flat on its nose. I had multiple game freezes during tutorials, where the game does not register that you pressed the button it is asking for, and the only option is to quit the game. The game also pauses for a second or two at seemingly random times during a match, as if it is loading the next animation or commentary.

There are some single and multiplayer modes and for the first time a career mode. They also include a solid line-up of real world teams and competitions, with players recreated looking like their real-life counterparts if you squint and turn the TV upside down. But with a complete lack of rugby gameplay it does not matter in the end. Penalty. Red card. Rather buy a rugby ball, go outside and kick it into the neighbour’s yard – that is money better spent.