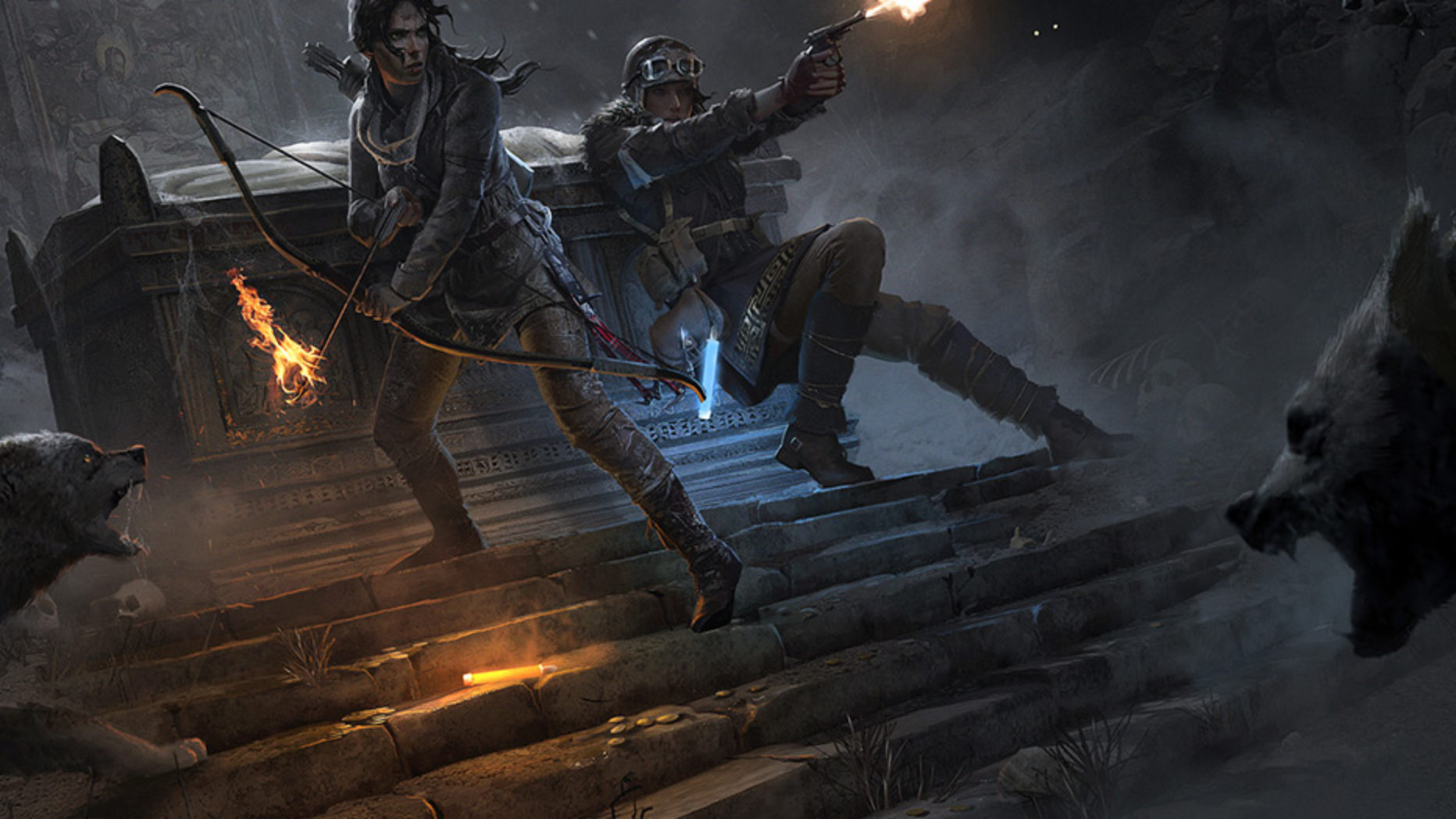 A great game just got even better

What is it? This 20 Year Celebration edition of Rise of the Tomb Raider is not only the same great game that came to Xbox One and PC last year that has now come to PS4 too, but it’s packed with additional content too.

Last year, we already reviewed Rise of the Tomb Raider and spoilers… we really loved it. We also really think it got a bad deal because someone somewhere decided it was a good idea to release it on the same day as the almighty Fallout 4, leaving Lara Croft to sit alone in the corner while everyone clinked bottles of Nuka-Cola in celebration and paid ol’ Lara very little attention.

So if you want to know more about the Rise of the Tomb Raider itself, head on over here and go read our original main review real quick. Here’s the summary:

Rise of the Tomb Raider’s design, graphics, writing and gameplay deliver the epitome of what Triple-A, full-priced games should feel like. It’s one of the biggest surprises of the year and easily a contender for the best one of all. [★★★★★]

So if the original game got 5/5 stars, then something would have clearly had to go wrong for the 20 Year Celebration edition to get any less, and thankfully that’s just not the case, because it’s better than ever. Now reviewed on PS4, the game with is already astonishing level of visual quality looks even better, with in-engine cinematics now running at full, crisp HD compared to the Xbox One counterpart, but honestly, both looks just amazing either way.

One of the main draws of the 20 Year Celebration Edition though, is of course the great new content (which is mostly now all purchasable as DLC for the original). This includes outfits, new story sections in the campaign, such as a new tomb and the inclusion of an hour long bit of new content called “Blood Ties” that takes place at Croft Manor (including a VR experience). New modes like Cold Darkness, Lara’s Nightmare (Zombie stuff) and Endurance (now with co-op!) are also really great and add lots of value to the game as they are replayable and have modifier cards to keep things fresh and interesting. I especially liked the Endurance mode, which essentially works like a Tomb Raider version of the indie game “Don’t Starve” and has you trying to do objectives while needing to keep warm and find food.

So if you didn’t already have enough reason to own Rise of the Tomb Raider or only had access to a PS4, you have very little reason to give this a pass.

Verdict – Fully Recommended: Not only does this confirm that new Tomb Raider reboot wasn’t a fluke, it proves that Tomb Raider is at its best once more and maybe even better than ever. If you haven’t yet played Rise of the Tomb Raider, this is a very easy decision.