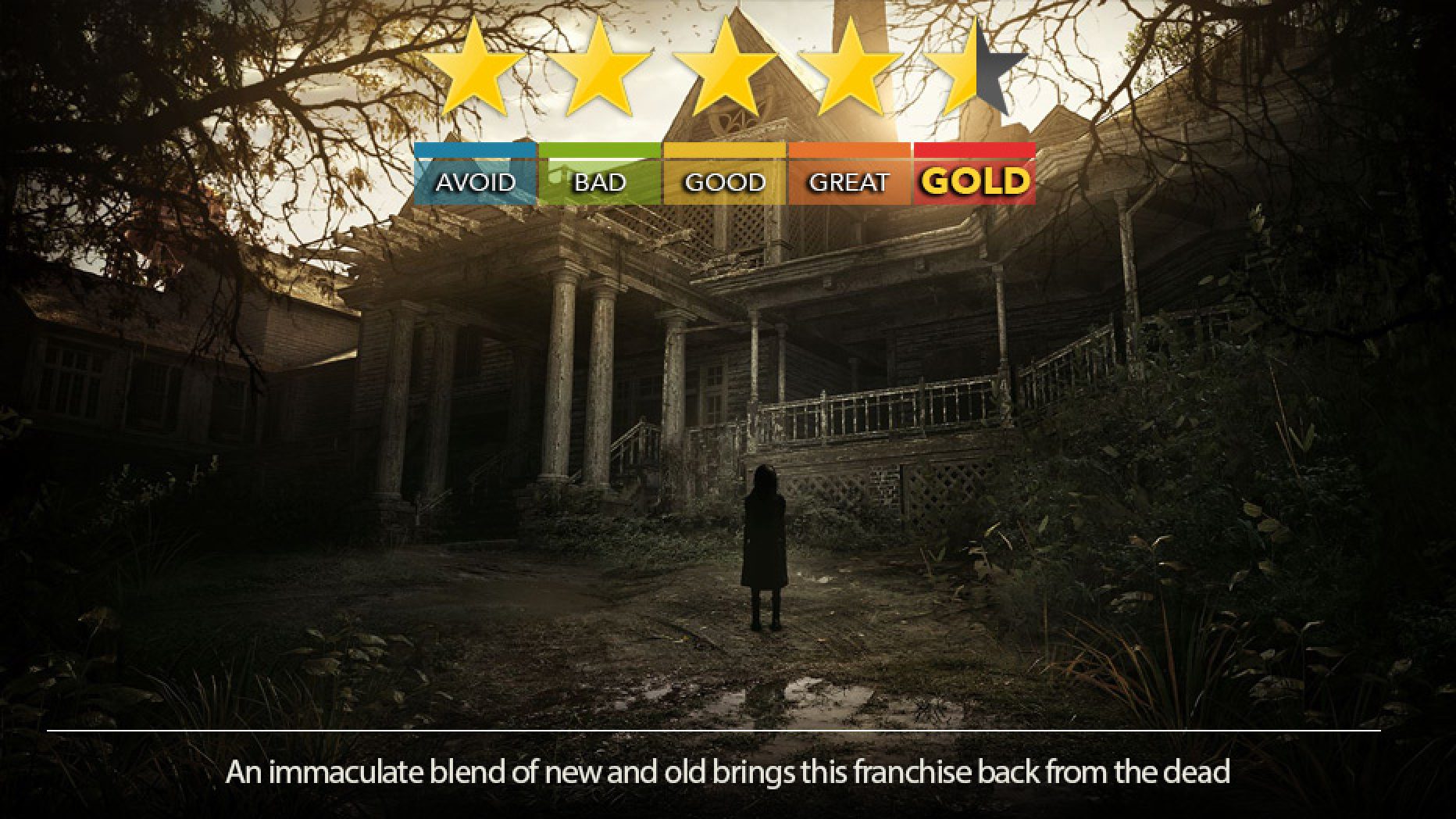 What is it? A first-person Survival Horror that has you searching for your significant other in an incredibly creepy plantation house owned by The Bakers, a batshit crazy southern family in the bayous of Louisiana. The Gold Edition includes all the available DLC alongside the full game. – Reviewed on PS4 and PS4 Pro

Verdict: Excellent – Resident Evil 7 is a fantastic return to form and the Gold Edition content adds more than just more of the same.

Resident Evil 7 returns the franchise to its proper, slow-paced horror roots while also completely changing the so-called game by being the first to ever be first-person. While it might not feel very Resident Evil at first, the introduction of a few mechanics and iconic elements bring it right back home, somehow offering up the old and the new all at one time in a dark, damp and intensely immersive new setting.

Being a horror game, it is scary, but it’s a manageable sort of scary that I felt allowed me to enjoy the tension and intrigue without getting me to the point where I just can’t keep going (I’m looking at you, Outlast). Over the course of the game you explore a house and its surrounding areas, solve puzzles, and more importantly, deal with the very unique members of the Baker family over a series of encounters that range from hide-and-seek scenarios to boss-battles. You do also deal with a more frequent set of base enemies that sort of mimic the traits of zombies and lickers, but I’ll get back to them later. Item and resource management combines with some basic crafting as a crucial part of the experience, and while your ability to hit headshots under pressure is tested, you can get a lot done by avoiding enemies altogether.

Incredible level design and hauntingly beautiful visuals are some of the highlights of the experience, although only naming a few points feels like a disservice to what is ultimately a high-quality production across the board. The only real gripes I had over the roughly 10-12 hour campaign is that the common infected enemies you deal with are rather uninteresting, nor are they scary, feeling more like something the game included to ensure that you have something to shoot at or tip-toe past every now and then. If I’m really being picky, the game also felt just a touch too long, with the end feeling like it draws out a teensy bit more than the point where I felt like I was happy to be done with it.

BONUS – GOLD EDITION REVIEW: The Gold Edition we reviewed comes bundled with three post-release chapters: Banned Footage Vol. 1 and 2 as well as The End of Zoe and some other fun re-playable modes. The free “Not A Hero” DLC that lets you play as Chris Redfield is not included on the disc but is available to download.

I quite liked what was done with the DLC, as the different chapters available offer up pretty different experiences to the main game, and even makes use of different gameplay styles and equipment. The End of Zoe has, for example, a whole bunch of hand to hand combat and a feeling of general bad-assery not felt in the full game at all.

Resident Evil 7 is already a fantastic game, and those looking for as much of it as they can get won’t go wrong with the Gold Edition.