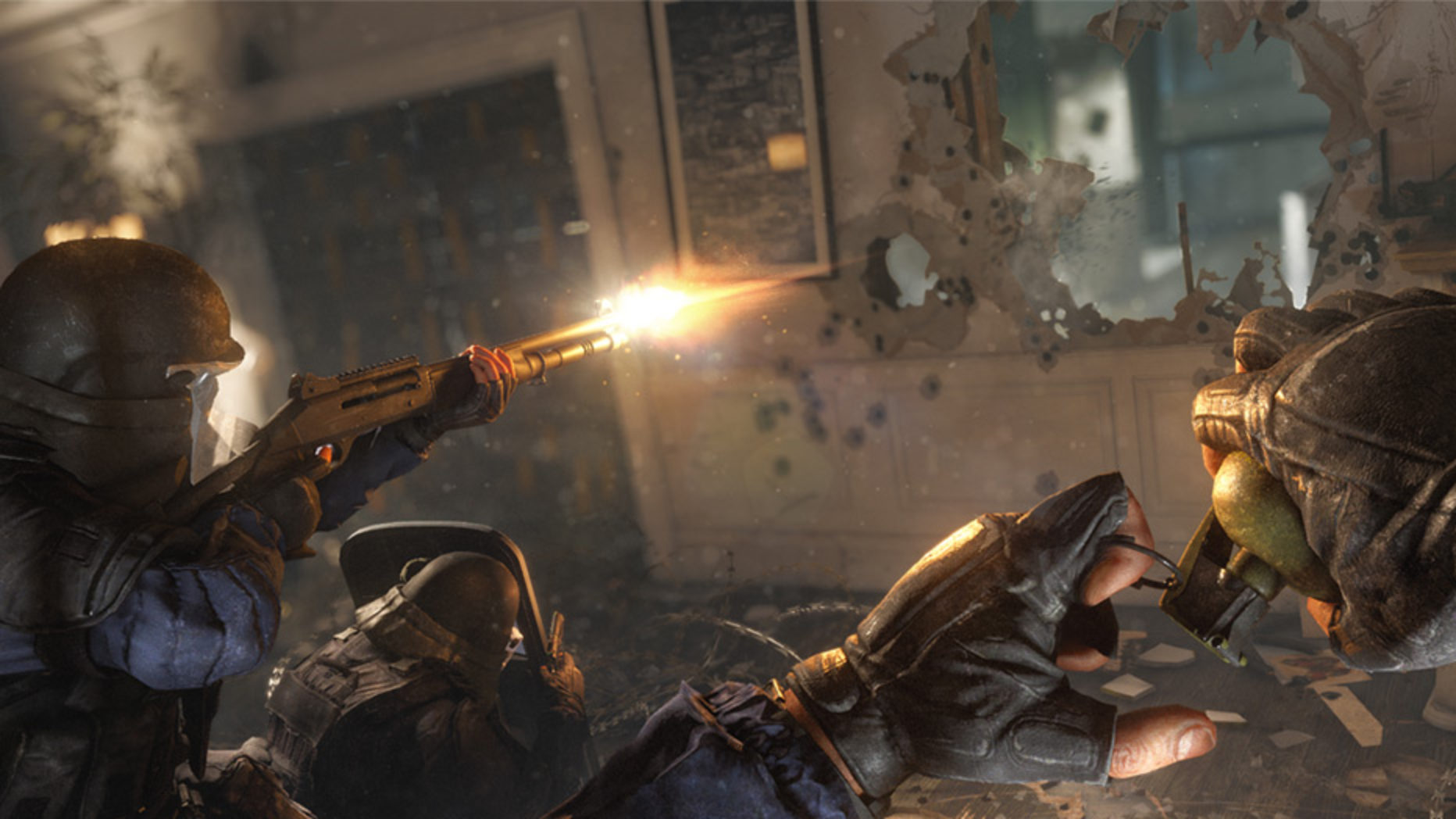 While not worth full game price, its still a decent amount of fun

What is it? A tactical team vs team multiplayer shooter that has a type of special forces unit infiltrate a building using weapons and equipment while another team has to fortify and defend the objective with special toys of their own.

The Rainbow Six brand franchise goes a long way back and shifts gears a little to take on this new multiplayer-centric package that pits team against team in objective based modes that include hostages, bombs and so on, with no major campaign element like the Vegas games that preceded it. The modes have you repeating the same scenarios over and over again, where the infiltrators must scout the area before a round using little drones while the defenders have an amount of time to lay down obstructions, reinforce walls and get ready.

Gameplay and controls are a little so-so, and it doesn’t feel specifically special or terrible compared to modern standards. That’s not a deal breaker though, as it’s not all about quick reactions and snap-headshots, but instead relies heavily on teamwork and planning, which means that having a good group of friends is almost crucial. I say “almost” because I actually still managed to have a decent time playing with randoms, although if we had to go up against a co-ordinated team that works together, we would almost certainly be distributed all over the walls very quickly. The truth of the matter also is that the objectives serve almost no purpose, as I was hard pressed to find and play any matches that didn’t just always end due to all the members of the other team being killed.

The old Terrorist Hunt mode has made a return though, which allows you and some friends to co-operatively clear out an area of enemies and for some it may actually be their go-to mode. Despite a lot of unlockables and the promise of each match being different according to your approach and enemies, R6: Siege just doesn’t really feel like it warrants a full price purchase and feels better suited to be a Free to Play title with purchases or maybe just a $15-$20 digital download sort of game. It’s not very visually striking on console either, leaving a final package that really just doesn’t feel like it can compete with the huge titles out there right now.

Verdict: Decent fun, especially with friends but doesn’t feel like its value/longevity matches its asking price.