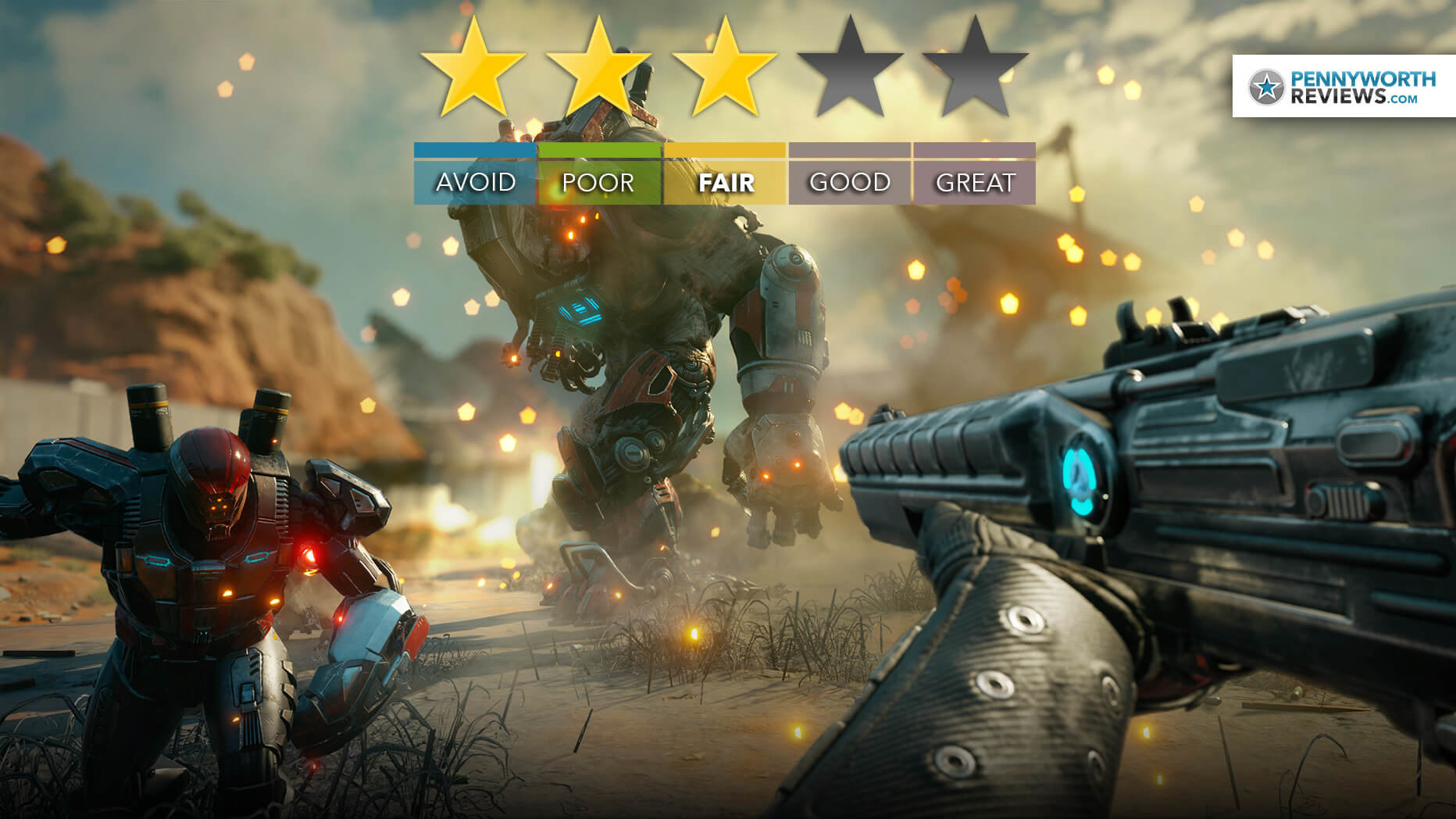 A wasteland of good potential

What is it? An open-world action first-person shooter set in a post-apocalyptic wasteland that you get to drive around while doing missions and completing tasks. You play a “Ranger” named Walker (I know), who has a super-suit that gives him/her badass abilities.

Reviewed on: PS4 Pro | Also available on PC, Xbox One

From the trailers, Rage 2 looked like all the joys of DOOM gameplay but in a big Mad Max open-world that one could also play around in. I really liked Rage 2 for the first 2 hours that followed a pretty strong start; I thought the combat was fun, the environments were awesome and it was pretty impressive from a technical perspective. It reminded me of the first wave of PC shooters from back in the day, the ones that started daring to try something a little different.

With the suit and powers, it also sort of reminded me of Crysis, and I really liked Crysis. I knew however that with the open-world, there was this familiar Far Cry feel to the game, and it would all hinge on how the gameplay rolled out as I played further. Unfortunately, things started falling apart from there. Driving around isn’t particularly interesting, a lot of the tasks are busy work or just excuses to shoot some thing and the characters/missions just weren’t doing anything for me at all, even though there are races… and I like racing. It really all is a damn shame, because this game feels so incredibly good when you’re engaged in combat.

You can sense ID Software’s DNA in Rage 2, but it’s neither as engaging as DOOM’s all-out combat, nor is it as narratively interesting as the direction that the latest Wolfenstein game have taken.