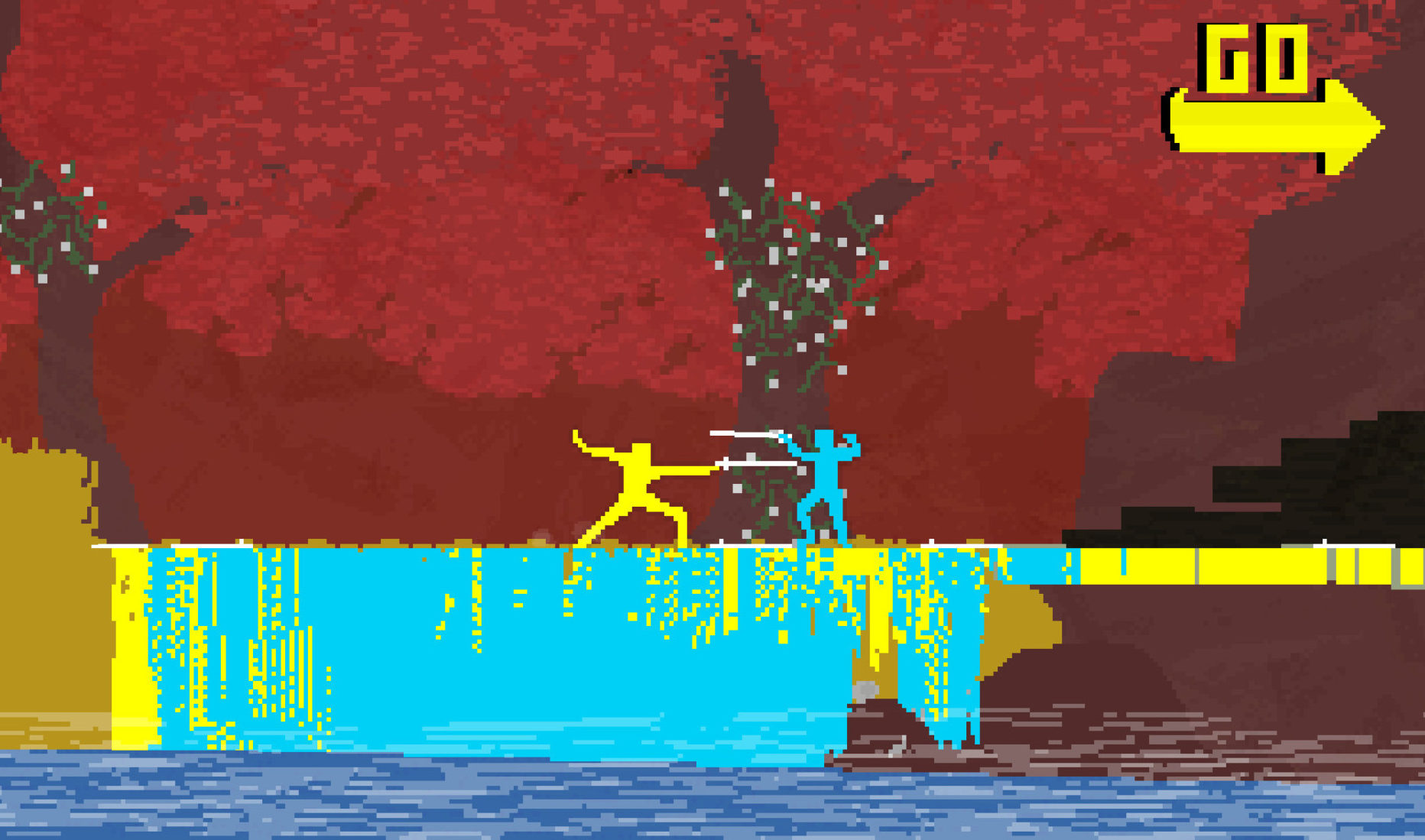 If you like the idea of fighting games, but don’t have the time or patience to learn all of the moves, Nidhogg provides a fresh formula for some head to head fun

Summary 3.5 Good
Gameplay 5
Quality 3
Experience 4
Value 3
Summary rating from 1 user's marks. You can set own marks for this article - just click on stars above and press "Accept".
Accept
Summary 3.8 Good

What is it? Nidhogg is a retro styled 2-player action-platformer fencing indie game that has opponents battling and killing each other over and over again to make up ground on a map.

When you first see Nidhogg, you would be forgiven for thinking that its some old game from the 80s and indeed takes some visual hints from the old Prince of Persia running on Commodore 64. The game however, implements some old familiar 8-bit fencing mechanics, but applies it into a sped-up acrobatic duel to the death with an opponent. In short, you can hold and stab your sword high, middle or low with some extra movements like jump kicks, leg sweeps parries and sword throws. When your opponent dies you must rush forward to make up as much ground as possible before they respawn, with the victor being the one who can make it to their end of the level, tug-of-war style.

The action is incredibly fun and built around the sort of same-couch and online multiplayer that has the players erupting in laughter as something crazy unfolds. If anything, it plays sort of like a fighting game… except that its easy to learn and great for a few mins of fun, if there’s any downside, its that its pretty light on content.