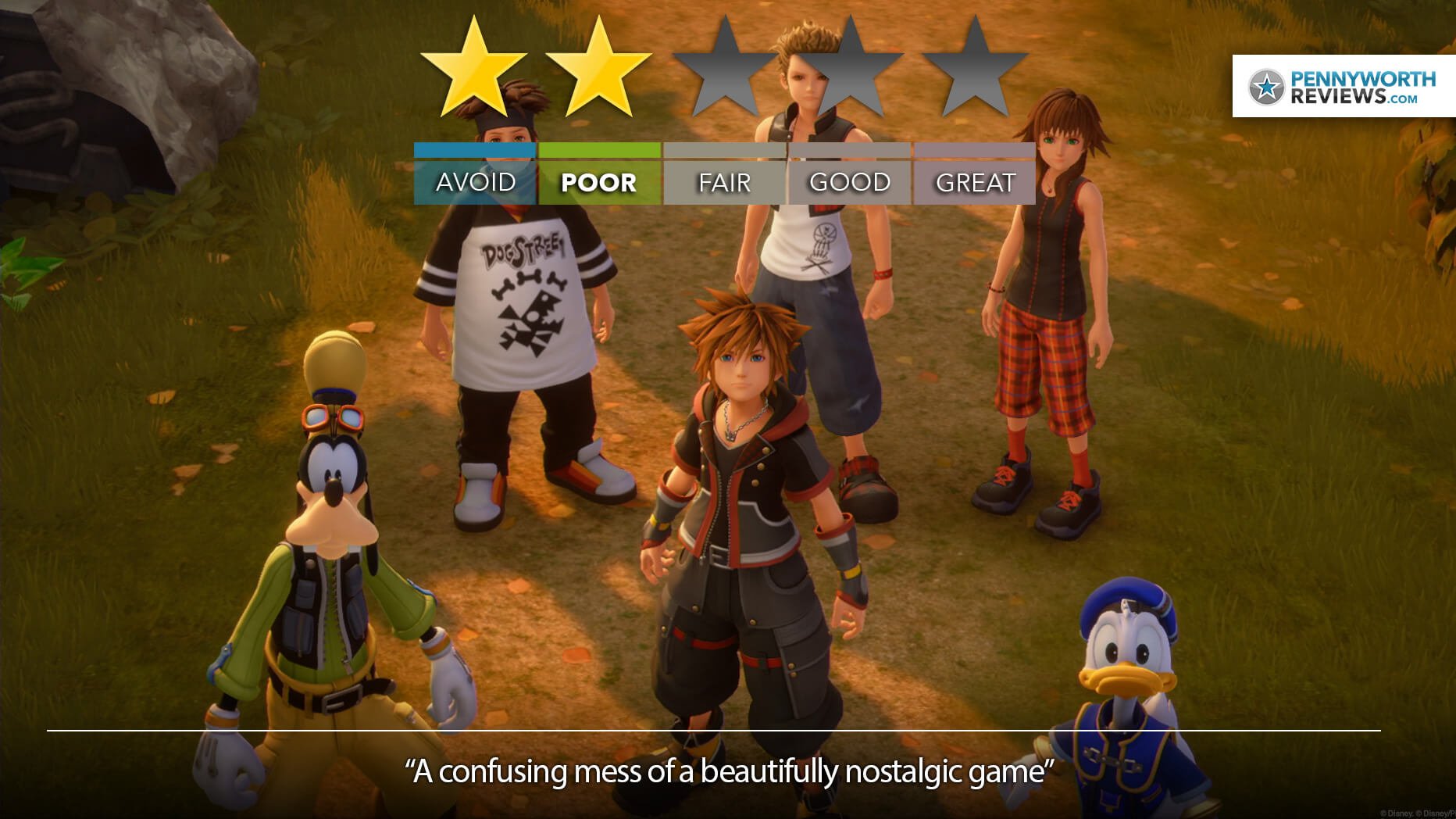 A confusing mess of a beautifully nostalgic game

Summary 2.0 Fair
Gameplay 4
Quality 5
Experience 4
Value 4
Summary rating from 1 user's marks. You can set own marks for this article - just click on stars above and press "Accept".
Accept
Summary 4.3 Great

What is it? An RPG set in the Disney movie universe that features many of the characters and locations from Disney animated movies. – Reviewed on PS4. Also available on Xbox One.

Verdict: A confusing mess of a beautifully nostalgic game

Kingdom Hearts 3 is not a great place to start your foray into the Kingdom Hearts series. To prepare myself for this third game I watched a few YouTube clips to get some background information on what I missed in the first 2 games, and I came away more lost than before.

The game is an excuse to play through Disney and Pixar movies, like Frozen or Big Hero Six. You help the movies’ main characters, and progress the movies’ plot-lines and often have a critical impact on the success of the movie. For example, I helped Hercules defeat Hades, and then later stopped Davy Jones.If you can sit through the excruciatingly long and slow-paced cut-scenes you will find an enjoyable action game filling the gaps. A button masher combat system linked with Disney Theme Park rides as ultimate attacks looks pretty though, and feels pretty unique too. I loved running around the beautifully recreated worlds of Disney’s most popular movies, helping my favourite characters.

The story outside the Disney movies befuddled me, though. Somewhere in between all the Disney magic, I was expected to follow an overarching story about the heartless and Master Xenohort, and the battle between light and darkness. No matter how hard I tried, I lost interest in the plot completely! Some of the voice acting was a little off-putting to, but others (Tangled’s cast especially) were actually pretty amazing!

So as a newcomer, Kingdom Hearts 3 is a mixed bag, and incredibly confusing at times. I was always keen to try the first games, but now I doubt I ever will.