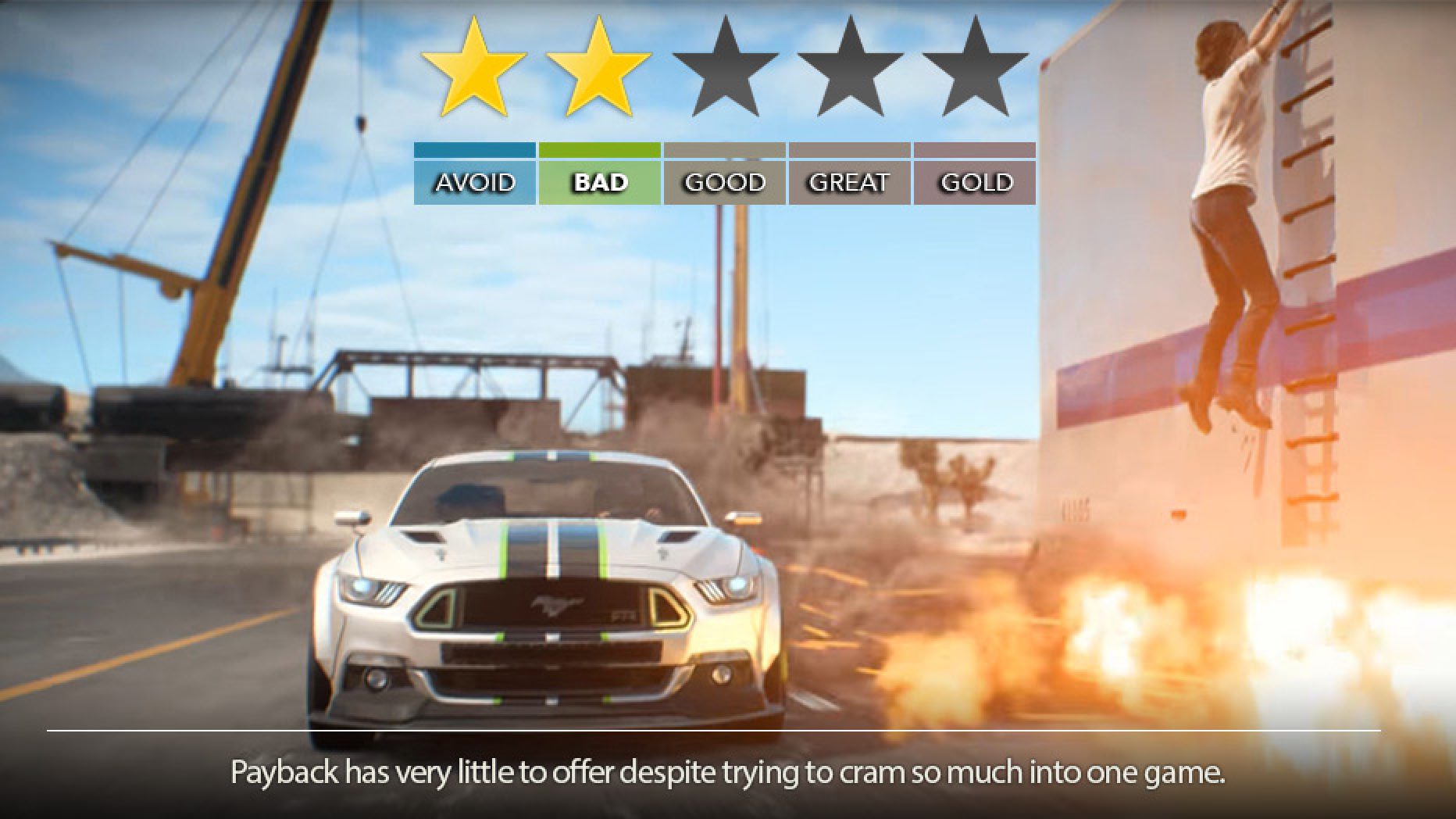 What is it? The next release in the Need for Speed franchise; Payback is story-driven, open world arcade-styled racer that has you play as a few different characters with different skills as they try and take down a shady organisation – Reviewed on Xbox One

Verdict: Poor – Payback has very little to offer despite trying to cram so much into one game.

Despite being a huge fan of many of the games in the franchise, it’s been a while since I’ve played a Need for Speed title and Payback is quite frankly a pretty terrible time to see what the chefs at EA have been cooking of late. Payback falls short in a variety of ways as it attempts to serve up a multi-character revenge story baked into an open world racing experience. In a world of Forza Horizons and Fast and Furious films it feels like everything Need for Speed may have inspired has since driven off and left it eating up the dust.

The story elements and characters in the game are tragically bad with atrocious voice acting at times and unbelievably cringe-worthy writing that will make you want to hide under a blanket (If you don’t believe me, go here). The races, general gameplay experiences and large open world don’t make up for it either thanks to badly handling cars that don’t really feel much like cars at times, a progression system with loot boxes and tired open world activities. I just didn’t have any fun playing the game, and whenever I was playing, I felt like I’d much rather be doing something else. Really, the only thing this game has going for it is that it’s quite pretty to look at, but that’s about it.

So while the game isn’t broken (aside from the loot system that is getting adjustments after a bad response) and I’m sure someone out there will find some value while playing it, I certainly haven’t enjoyed my time with the game at all and would much rather spend my time watching the fairly underrated Need for Speed film one more time instead.

A trip down memory lane? We take a look at the highs and lows of the Need for Speed franchise – Click to read now!