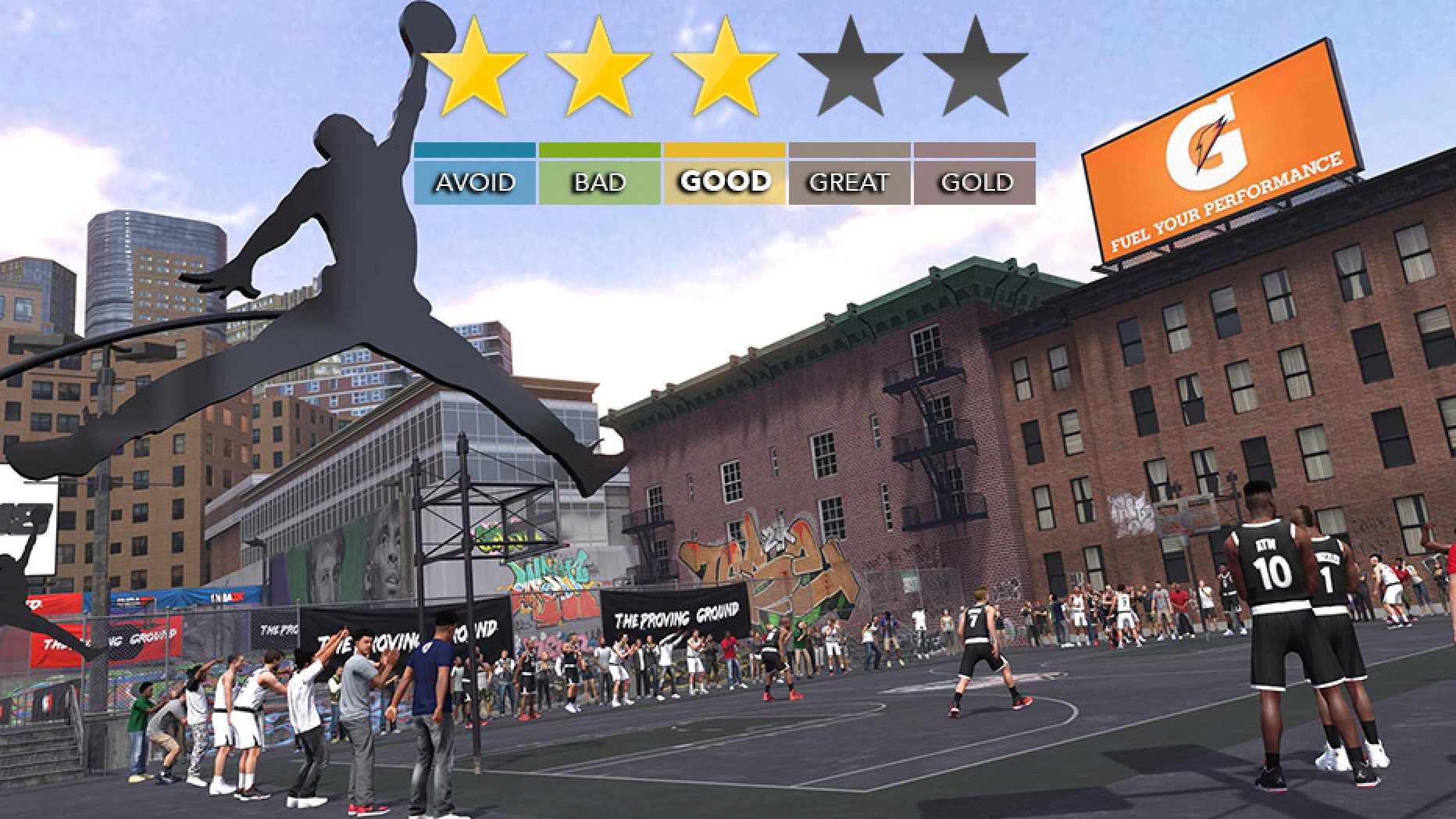 NBA 2K18 changes direction, and may have gotten lost

What is it: An annualised NBA sports game that includes a variety of modes ranging from a (now online) story-driven campaign to others that involve managing teams, collecting cards, playing as teams and more. – Reviewed on Xbox One

The Verdict: Great bastketball, let down by an almost offensive new direction for MyCareer.

[Please note that this was initially posted as a review-in-progress. The in-progress review and notes can still be found at the bottom of this page by scrolling past the trailer]

The NBA 2K franchise has been nothing short of unbelievable for the last few years, offering one of the best sports game experiences available, period. This is thanks to incredibly deep gameplay, astonishing visuals, some of the most natural dynamic commentary of all time and of course, its cinematic MyCareer mode.

In the past, some of the biggest issues with the franchise had to do with a a very tough learning curve for newcomers and some long load times. Now though… well now there’s a heap of issues. MyCareer mode has shifted more towards being an online MMO, with a free-roam neighbourhood, laggy online play parks, cringe-worthy unskippable cutscenes, and a lot of grinding for progression as a pathetic attempt to encourage players to drop even more money on micro-transactions. I not only feel this has taken away from the joy of the game itself, but it’s a pretty terrible middle-finger to an incredibly loyal customer base. If that’s not bad enough, it’s also the only mode that consistently crashed my Xbox or gave me unbelievably long or even frozen load screens that required me to force quit the game. I have no love for this at all.

The good news is that the gameplay and all that other stuff you still love is still top-notch. Other modes like MyTeam and MyGM are better than ever. If you buy NBA 2K every year to enjoy MyCareer for a week or two and then revisit the game here or there, I’d honestly recommend you give it as skip or wait for a sale. If however you love playing all of the modes and make long term use out of the multiplayer and more, you’ve still got a good enough reason to pick it up. As always, newcomers beware. Learning the ropes can be very tough.

While I’ve had nothing but love for NBA 2K in the last few years (and here), the series’ main MyCareer mode seems to have taken a sharp turn this year and gone a little Pay-to-Win MMO on us, and I’m not quite sure it’s working out.

Where the career mode usually offered up a character/story driven experience (including Hollywood talent) about a young player making his way into the NBA and dealing with all the life issues that surround it, 2K18 has suffered a very noticeable amount of quality loss in that department and replaced it with a concept that has you running around an shared online neighbourhood space. Aside from seamlessly joining other players in games and running your career, you are able to do things like get a haircut at the barber or do practise mini-games, all performed by running around the neighbourhood.

While the core gameplay of NBA 2K is feeling as good or even better than ever and it looks pretty darn fantastic (during actual games) as usual, the thing is… I’ve run into some fairly noteworthy issues. The cut-scenes are unskippable, which wouldn’t be so bad if they weren’t so badly written, animated, timed and just downright cringey (see for yourself). One of the first objectives you get in the game is to head to your own closet and change shirts, but the closet is broken, and a quick search on Twitter shows that I’m far from the only one with the issue. Loading times can also be hugely problematic, to the point where I think it may be a bug more than just slow. When I say slow, I mean 2-3 mins or more for some basic areas sometimes and even worse, at one point I walked into the elevator from the MyCourt area (hello Mass Effect 1 loading elevators) and immediately decided to rather stay in MyCourt rather than going to the neighbourhood, and the game made me wait through maybe 2 minutes of loading just to walk back out into the room I came from. That’s just unacceptable.

[Update: The broken closet and *some* of the loading issues were addressed in the first major patch, but many issues still remain – including crashing and hanging in MyCareer mode]

An even worse issue is that it seems that when you play ball in the online areas, the lag is tied directly to *all* input. This means that gameplay, movement, shooting and more all feels delayed. If you’re in South Africa like me, that’s potentially around 200ms of input lag, which if you haven’t already figured it out, means it ranges from annoying to basically unplayable.

While I haven’t dived into it enough to comment on it yet, I did a bit of research on the game and have found large amounts of the community complaining that the career mode is heavily reliant on virtual currency with the only options being to grind, grind, grind or get ready to take our your wallet and throw even more money at a full priced game.

Every year I look forward to playing 2K, so my experience so far has left me pretty bummed out. At least I know that I can still jump into team games and play as the latest teams in the new season with some great gameplay, but as for the rest of it… I’m not so sure this year is worth the jump.